Windows XP Had the Longest Life

Windows 11 was officially announced on June 24, 2021 and is releasing publicly today. Microsoft has confirmed one more thing: users who use Windows 10 will still receive all important updates for their operating system until 2025. Those who use an earlier version should consider an upgrade now at the latest, though.

As the infographic shows, only Windows 10 currently receives security and feature updates, excluding special cases like enterprise and server versions of older operating systems. With a support period of ten years, the operating system is in the middle of its life cycle. Windows XP is an outlier, while the basic version of Windows 8 brings up the rear with just under three years of official support.

Although Apple’s macOS is steadily catching up with its competitor, Windows remains the world’s leading operating system with a market share of 73 percent as of June 2021. 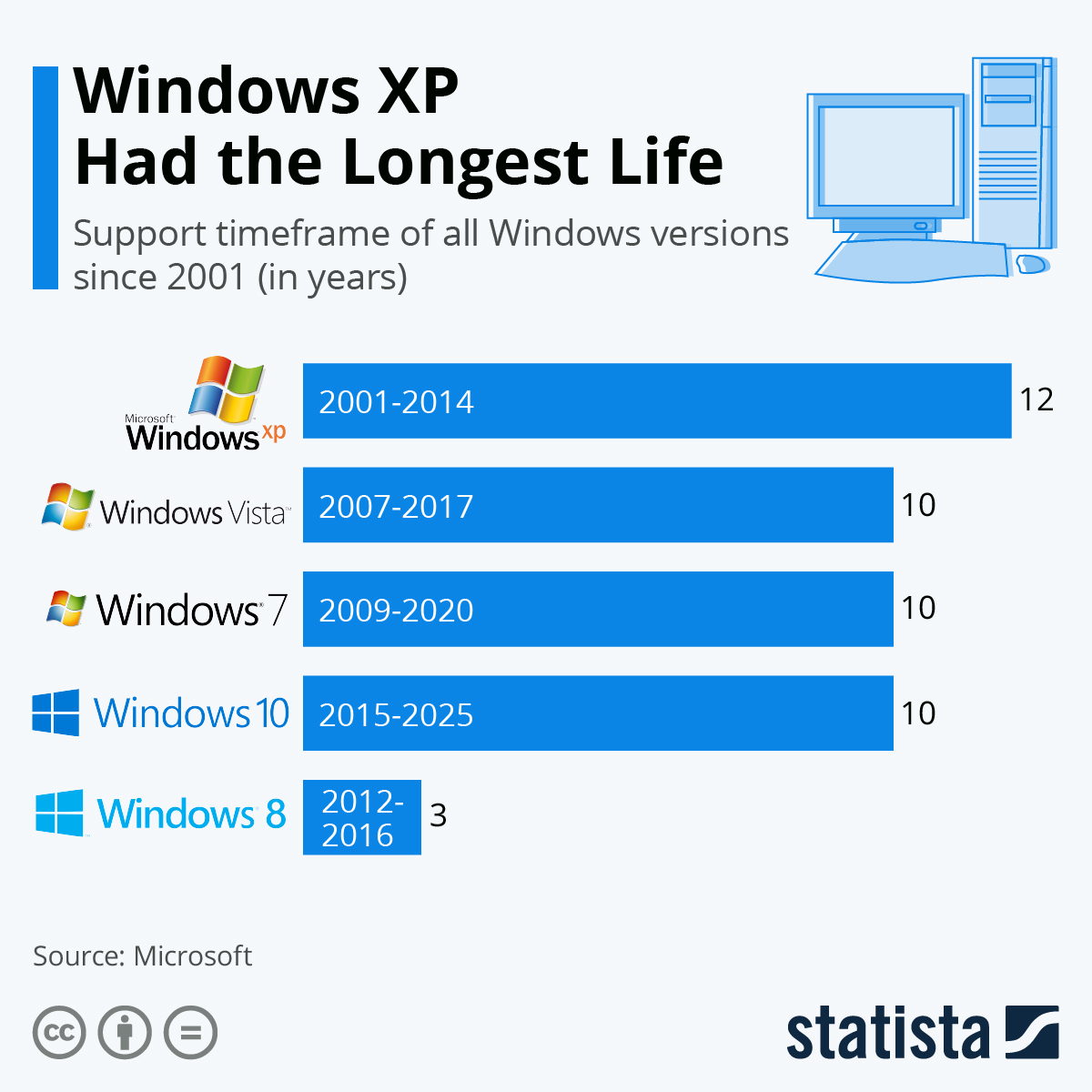