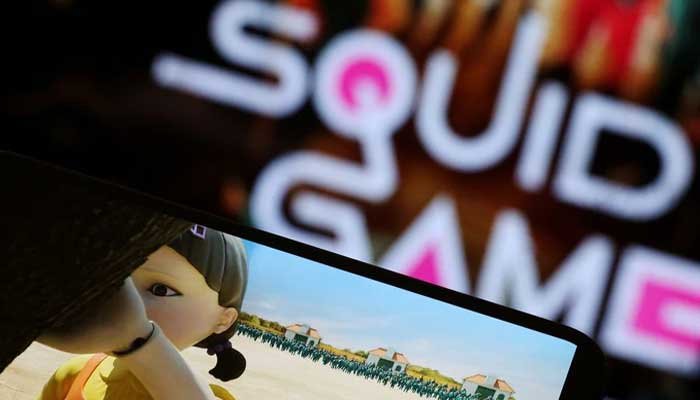 Language learning app Duolingo said the nine-part thriller, in which cash-strapped contestants play deadly childhood games in a bid to win 45.6 billion won ($38.19 million), had spurred both beginners and existing students hoping to improve their skills.

Duolingo reported a 76% rise in new users signing up to learn Korean in Britain and 40% in the United States over the two weeks following the show’s premiere.

South Korea, Asia’s fourth-largest economy, has established itself as a global entertainment hub with its vibrant pop-culture, including the seven-member boy band BTS and movies such as Oscar winners “Parasite,” a black comedy about deepening inequality, and “Minari,” about a Korean immigrant family in the United States.

Just this week, the Oxford English Dictionary added 26 new words of Korean origin to its latest edition, including “hallyu”, or Korean wave, the term widely used to describe the global success of South Korean music, film, TV, fashion and food.

“Language and culture are intrinsically connected and what happens in pop culture and media often influences trends in language and language learning,” Duolingo spokesman Sam Dalsimer said in an email.

“The rising global popularity of Korean music, film and television is increasing demand for learning Korean.”

There are around 77 million Korean speakers worldwide, according to the Korea Foundation for International Cultural Exchange.

The King Sejong Institute, which is run by South Korea’s culture ministry, had around 76,000 students in 82 countries last year, a rapid expansion from just 740 students in three countries in 2007.

Saying goodbye to the ‘King of Comedy’ Umer Sharif

Published in Dawn News on Oct 11th, 2021,  MUHAMMAD SUHAYB For someone who spent …