Connectivity is not a luxury, it is a fundamental right. The COVID-19 pandemic has made this clearer than ever. Connectivity allowed people to learn, shop, bank, socialize, access healthcare and, in many cases, work from home. For roughly 3.6 billion people around the world, however, all of that was impossible because they lacked even the most basic internet access.

How much of the $15 trillion the International Monetary Fund (IMF) estimates the world may have lost in output due to COVID-19 could have been saved if everyone had access to the internet? What about the physical and mental health costs of being unconnected in an increasingly digital world? We must act now to bring unconnected communities online. Not just in smart cities, but in smart villages and smart townships.

Connecting rural areas around the world

The good news is that creative and ambitious solutions exist to help connect communities around the world. In El Salvador, for instance, a longstanding digital divide means only around half of the population uses the internet, while approximately two-thirds of public schools are offline. Fortunately, the country has recognized the toll this has taken on productivity, equality and education, and has made addressing it a top government priority.

We must act now to bring unconnected communities online. Not just in smart cities, but in smart villages and smart townships.

The public and private sectors are working together to bring huge swathes of El Salvador’s public services online, with the aim of having broadband in every school by 2030, as well as extending it to other public services such as medical clinics, hospitals and police stations. This will not only vastly improve internet access, but also create the foundations for a modern digital economy.

Similarly, around 150 Argentinian villages are being brought online this year after telecoms regulator Enacom assigned 450 MHz spectrum for broadband coverage in rural areas. This is part of a government initiative to reduce a social and economic digital gap, which widened considerably during the pandemic. In addition to getting citizens online, mobile broadband will also enable smart agricultural solutions, a key driver of economic development in rural areas.

In other parts of the world, investments in fixed networks are improving connectivity. In Nepal, for example, 1,500 kilometres of optical networks are being modernized to enable high-speed broadband access. This will allow the local service provider to satisfy growing demand for bandwidth and provide users with improved service quality.

In addition to connectivity being a fundamental right, widespread connectivity also has a huge multiplier effect.

In addition to connectivity being a fundamental right, widespread connectivity also has a huge multiplier effect. It could encourage digital entrepreneurs to develop marketable and socially useful applications and services. More generally, it could stimulate economic and social progress across a country.

This creates high hopes, and understandably so. Multiple studies have shown that there is a strong correlation between broadband availability and jobs and GDP growth. This squares with what we see all the time at Nokia: nations, cities, even individual communities that invest in connectivity see an uplift in employment, skills, income, entrepreneurship and quality of life.

Low income countries that manage to increase mobile broadband penetration by 10% tend to see an uplift of around 2% in GDP. The cumulative impact is even more striking – the World Bank estimates that achieving 75% internet access in all developing countries would create more than 140 million jobs around the world.

Every project to connect an underserved community is different, but we believe the best projects, such as the El Salvador example, leverage public–private partnerships. The public sector can enable projects using fiscal policies to incentivize investments in broadband. This reduces the costs of deployment and sets an example through digital delivery of public services.

Governments must define exactly what they want to achieve and align themselves with other actors who can help achieve it – both private companies, and groups like the Broadband Commission or the World Economic Forum’s EDISON Alliance. Only when everybody plays their part and by all of us acting together can we build fairer and more inclusive economies and societies. 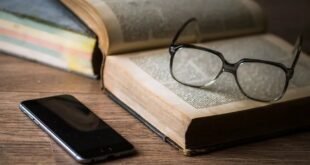 The role of smartphones in the COVID-19 recovery

Smartphones could have an important role to play in development. A recent World Bank webinar …