Issues and challenges of tax collection

Federal Board of Revenue, Government of Pakistan:

Institute of Chartered Accountants of Pakistan:

Pakistan & Gulf Economist had an exclusive conversation with Mr Ashfaq Yousuf Tola regarding taxation. Excerpts of the conversation are as follows:

Enhancement of extra rate of tax:

The FBR has issued a SRO bearing No. 1222(I)/2021, dated 17th September 2021. Through the said SRO, the FBR has levied extra tax in addition to the 17% sales tax on supplies of electric power and natural gas to persons having industrial or commercial connections, but who have either not obtained sales tax registration number or are not thereon the Active Taxpayers List maintained by the FBR.

Exclusion from purview of further tax to steel and edible oil sectors:

The FBR, has issued SRO 1223(I)/2021 dated 17th September 2021, whereby it has amended a previously issued SRO bearing No. 648(I)/2013, dated 9th July 2013. Pursuant to the recent amending SRO, the supplies by steel sector and supplies by edible oil sectors are excluded from purview of further tax, i.e. no further tax will be charged on supplies to unregistered persons.

Extension in date of filling of income tax returns/statements for tax year 2021:

Ground by petitioners: commissioner to give reason for selection of audit:

Section 25, in the first instance, requires summoning of the record or documents from the taxpayer by the Commissioner Inland Revenue. After that, the case for audit can be selected. The discretion vested in the Commissioner is not unrestricted and he is required to give reasons for selecting a case for audit.

Tax evasion issues in the region of FATA/PATA:

The threat of tax evasion in possible collusion with the government official can be a looming threat to the tax system. The Supreme Court in Messrs Elahi Cotton Mills LTD and others vs. Federation of Pakistan through Secretary M/o Finance, Islamabad and 6 others (2016 PTD 1555) has considered various aspects of this issue. The relevant paras are as follows:-

“In the scenario of the corruption obtaining in Government and semi-Government Departments and so also to curb the dishonest tendency on the part of the tax-payers to evade the payment of lawful taxes by using unfair means, the Legislature is bound to adopt modern and progressive approach with the object to eliminate leakage of public revenues and to generate revenues which may be used for running of the State and welfare of the people”. In view of the above, the FBR introduced various measures to eliminate leakage of public revenues and to generate revenue which are discussed later. These measures were objected to by businessmen as being against their right of freedom to trade. However, the Superior Courts ratify these measures in best interest of tax management.

Tax collection for the development of people of previously known FATA/PATA after merger:

As we are discussing the development of the previously known FATA/PATA regions, it is notable to mention that, throughout time various government regimes have collected a lot of tax revenue through the placement of Section 4B of the Income Tax Ordinance, 2001 under the title ” for rehabilitation of temporarily displaced persons” from the Year 2016. These collections are still taking place on Banks even after Tax Year 2021. The collection of these taxes were challenged in the Sindh High Court, vide Case No. 122 Tax 208 and in the Lahore High Court vide Case No. 121 Tax 381 on constitutional grounds. However, they were dismissed by the above-mentioned honorable courts stating that levy of taxation under section 4B of the Income Tax Ordinance, 2001 is not against the Constitution of the Islamic republic of Pakistan. The said tax was challenged on the grounds that the government must brief the nation regarding collection of tax under section 4B and it’s spending on the people who were displaced in the process of the merger of FATA/PATA. 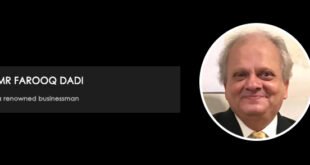