Mr Khalid Tawab is an economics, finance and international trade expert. He is a prominent businessman and former Minister of Commerce & Industry Government of Sindh and former Senior Vice President of the Federation of Pakistan Chambers of Commerce and Industry (FPCCI). He has also served as Vice President and Chairman of various Advisory Committees.

He is former Senior Vice President of Karachi Chamber of Commerce & Industry. The Government of Pakistan conferred the award of Sitara-i-Imtiaz on him in 2008 for his services.

He is an active member of Iron and Steel Association of Pakistan. He has been the member of number of official working groups on Economic Finance, Trade, industrial cooperation and economic corridor and presently is the member Board of Governors of various national Public/Private organisations.

He is the Chairman of Tawab Group which deals in paper manufacturing, steel, real estate and securities. He is Honorary Consulate General of Mozambique since 1989. He is a philanthropist and trustee of Aiwan-e-Tijarat-o-Sanat Hospital.

PAKISTAN & GULF ECONOMIST had an exclusive conversation with Mr Khalid Tawab regarding consumer financing, electronic appliances and consumerism. Following are the excerpts of the conversation:

There is rise in the sales of electronic appliances and automobile. Electronic appliances are necessity and during last year the sale of electronic items rose due to rising of e-commerce activities. Now the sales of electronic items are easy as compared to the past years and according to estimates 40 per cent surge in sales is due to e-commerce and daraz.com. Moreover, several types of sales offer also encourage the consumers to purchase new products. It is expected that in future the sale of electronic products will increase further. We should increase investment in this sector so that demand of these products could be fulfilled and further new employment opportunities will also be generated which enhance economic activities.

Pakistan is basically a developing country and we should not encourage consumerism as consumers don’t know where their earning is going. They are spending their future income today, which can deteriorate their living standards in the future. We should engage consumers to increase their spending in productive activities instead of luxurious life. This will improve their future income and living standards. 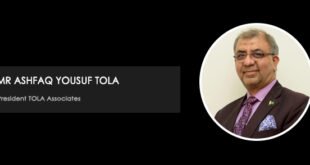 Issues and challenges of tax collection