How Many Hours of Work Pay the Internet Bill?

A study by VPN provider Surfshark has found that the planet’s least affordable internet is also often its worst. According to the 2021 Digital Quality of Life Index, Nigerians would have to work more than 35 hours at average pay to be able to afford for the cheapest monthly broadband contract available in the country. This is despite the fact that Nigeria has the sixth worst broadband speed in the survey that looked at 110 countries.

Many countries in Latin America are plagued by the same problem. Indonesia is the least affordable in Asia, requiring more than eleven hours of work at average pay for a month of broadband internet, despite poor speed.

The Asian continent is also home to some cheap internet plans, however. A month of internet costs less than the average hourly wage in Japan, Sri Lanka and China and just a little above it in South Korea and Singapore. The latter is also home to the fastest broadband connection in the survey, which is also rated 95 percent reliable.

Very affordable and reliable internet connections can also be found in Russia, Israel and many countries in Europe. Several Eastern European nations offer great affordability and stability but lack some points in the speed department. Montenegro sticks out as the country with the least affordable internet in Europe, at a price equivalent of almost six and a half hours of work.

While the high prices for poor service seem contradictory on the surface, the imbalance can be explained by poor infrastructure and lower internet penetration rates in some countries translating into a higher cost for a product that is not fully matured yet. 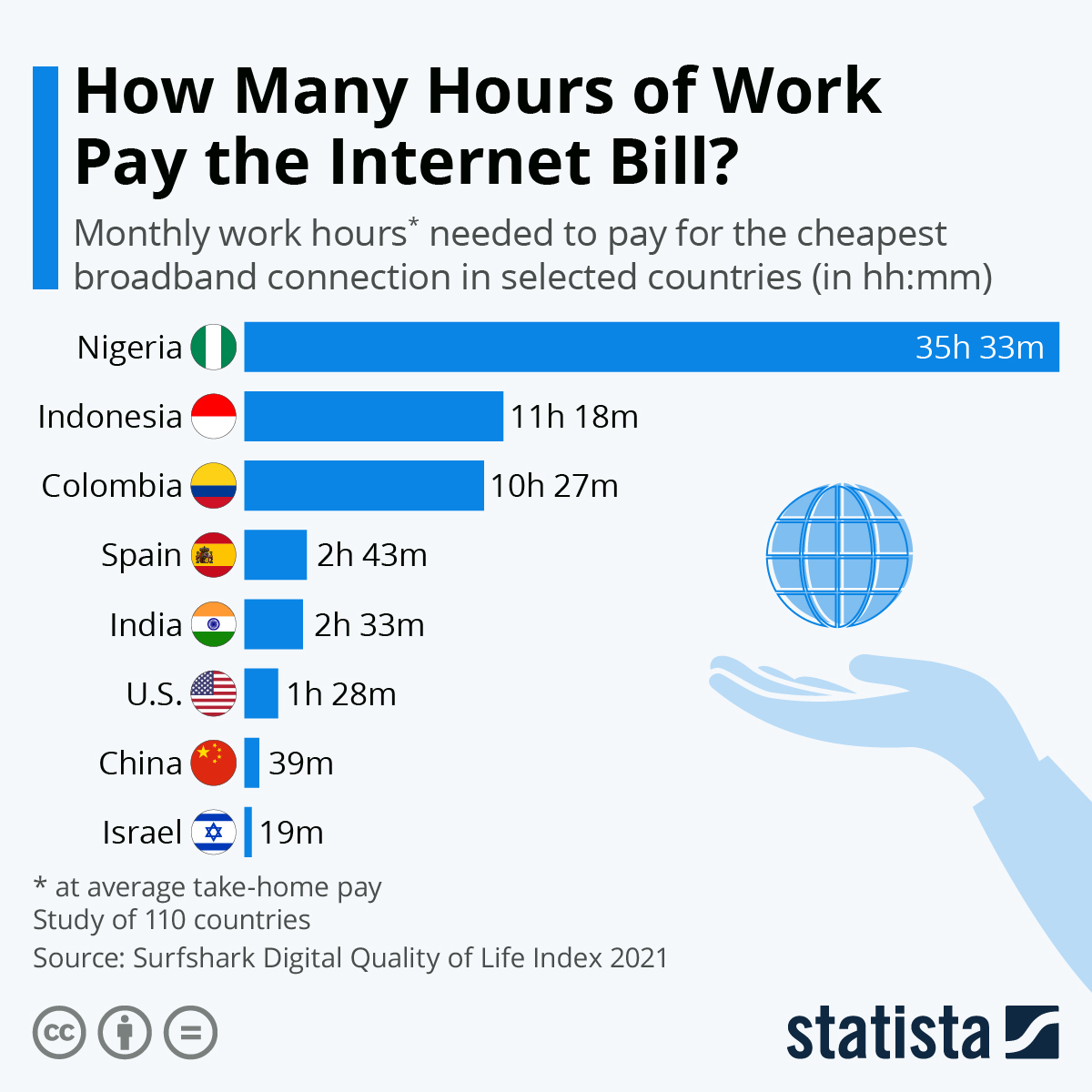 Previous Postmarked for Profit
Next Where Podcasts Are Most Popular