Where Pasta Is (Not) Always on the Menu

According to the Statista Global Consumer Survey, 62 percent of respondents from the U.S. say they eat pasta regularly. But that’s nothing compared to the European home of pasta, Italy, 83 percent of which regularly have pasta on their daily menu. The food staple is almost equally as popular in France, where 80 percent of respondents count it as a regular fixture on their shopping list.

As this infographic shows, countries where rice is traditionally the basis of a large proportion of meals such as China and India have a much smaller gap to fill in their diets with something like pasta. In India, 29 percent of respondents said they regularly eat pasta, while in China this figure goes down to just 16 percent. Tradition aside, another reason for not eating most varieties of pasta can be a gluten allergy. In Italy, 5 percent of respondents said they have a gluten-free diet. In China and India this figure was 10 and 15 percent, respectively. 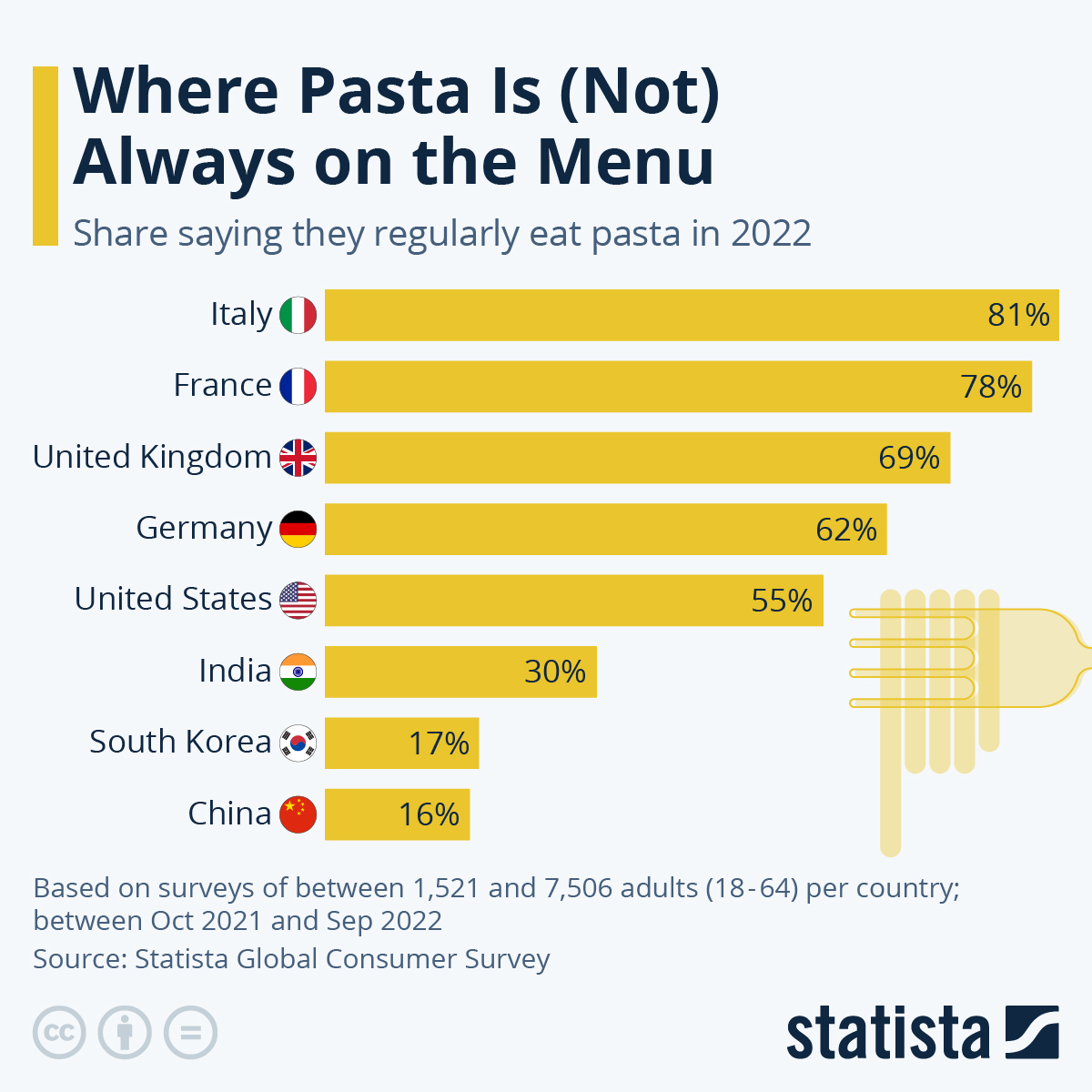