Where E-Commerce is Growing Fastest

China is by far the biggest e-commerce market in the world as seen in figures from the Statista Digital Market Outlook. Last year, e-commerce sales in the country stood at $1.3 trillion and that number is projected to increase to almost $2 trillion by 2025. This would mean that in 4 years, almost every second e-commerce dollar could be spent in China.

Revenues generated in China make up the majority of the Asian market. Yet, other markets on the continent are already growing at a faster rate than the Chinese market. Chinese growth remains above the world average, however.

In Europe and the U.S., e-commerce is expected to grow by 35 percent to 42 percent in five years, below the world average of 47 percent. 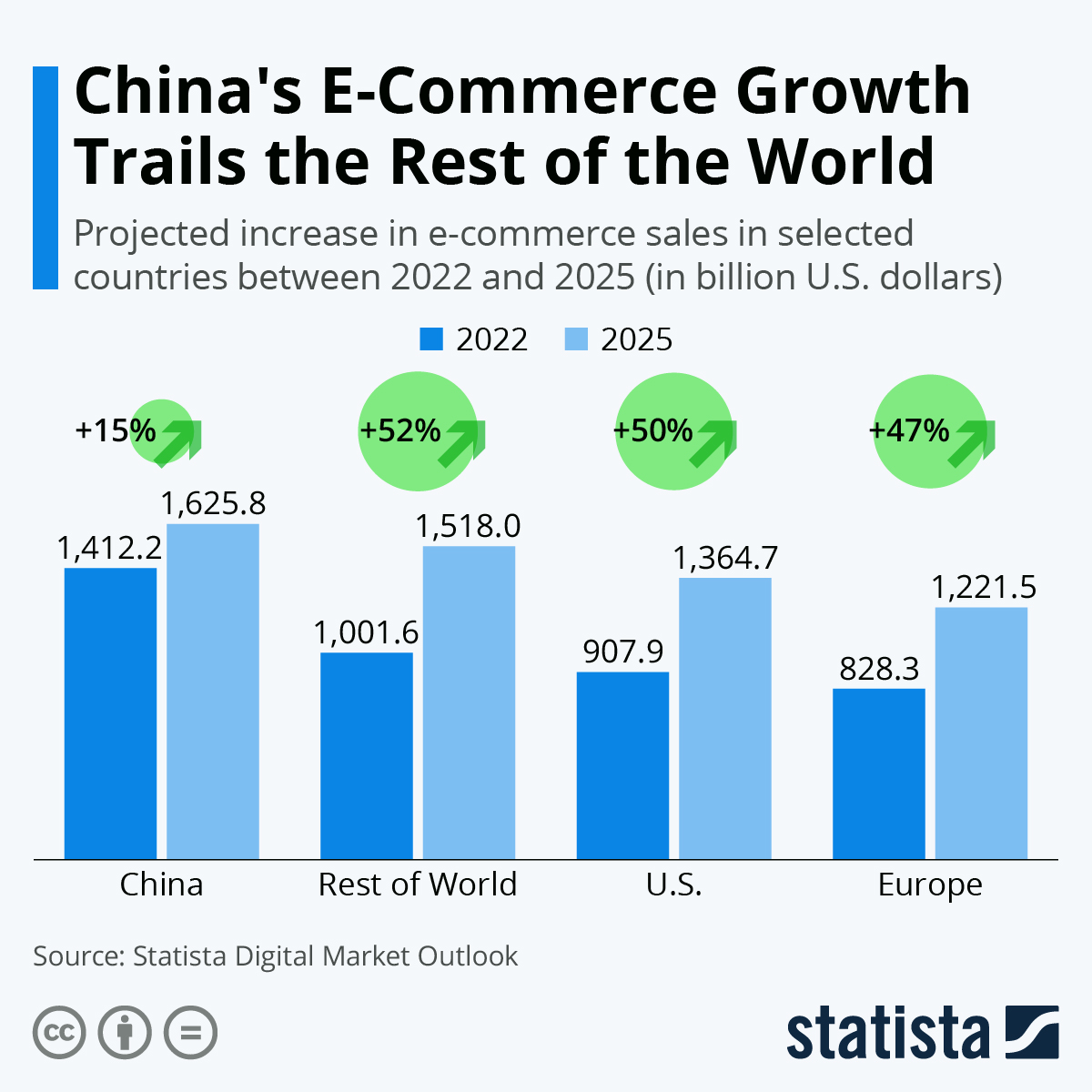 Previous Big Tech, Big Fines
Next A Quarter Of All Species Are Threatened With Extinction