Analysis of Economic Survey of Pakistan FY2021 showed that Gwadar Port is about 630 km away from Karachi and 120 km from the Iranian border. The Port is placed on the shores of the Arabian Sea in Balochistan. It is strategically located at the mouth of the Persian Gulf, just adjacent to the Strait of Hormuz, the key shipping route in and out of the Persian Gulf. The Port is in the process of becoming the Gateway Port for the country also for the region. Sources also showed that it is the first deep seaport of Pakistan, complementing and supplementing the other two vibrant ports i.e. Karachi Port and Port Qasim. Its development is critical to stimulate the economic growth of Balochistan in particular and the country in general as it will offer an outlet for land-locked Central Asian Republics (CARs), Western China and Afghanistan.

In May 2013, it is also recorded that the port’s Concessional Rights were transferred to a new operator, China Overseas Ports Holding Company Limited (COPHCL), which has been working on enhancing port facilities and businesses and the surrounding environment. Statistics showed that it has invested over $ 40 million for upgrading the port facilities which is now completely operational and receiving commercial vessels on daily basis. The WeBOC (Web based One Customs) system is operational since 2019 and is playing an important role in early and efficient clearing of cargo. For operationalization of the Port, Gwadar Port Authority (GPA) has commenced developing the first Free Zone of Pakistan (spread over 9.5 sq. km area) in collaboration with COPHCL. Work on Phase-I (Southern Free Zone) is near completion. The project, completed in record time, will assist to increase the port’s throughput. The Federal Government has offered tax incentives for the Gwadar Port Free Zone. Gwadar Expos were successfully held in the Free Zone during 2018 and 2019 and similar activity is in plans every year. Analysis also identified that the construction of Free Zone Phase-I has been completed with all infrastructures, counting power, water, road, telecommunication, waste treatment and drainage systems in operation now. Greater than 30 enterprises, in the areas of financial services, hotels, warehouses, fishery products processing, edible oil processing, pipe industry, furniture manufacturing, electric vehicles assembly, trade and logistics, have already been registered in the Free Zone. China Communication Construction Company (Business Center), Linyi Trade City (Exhibition Center), Yulin Company (Steel Tube Industry) and HK Sun (Copper and Metal Recycling Factory) firms have completed construction and one has started operations. It is also mentioned that work on the main Free Zone on 2,281 acres of land will start soon for which COPHCL has completed the master plan and feasibility work. Sources recorded that the China-Pakistan Economic Corridor (CPEC) opened the door of career, education and as well as development opportunities for the people of the country’s southwest Gwadar district by the development of Gwadar Port and welfare work through the Chinese government and people. The Port came into the limelight due to CPEC, which not only tapped the potential of the Gwadar Port but also brought a lot of positive financial changes in the lives of the residents of the district. The Government of Pakistan appreciates the Chinese government for the Gwadar East-Bay Expressway, vocational training centers, international airport and the latest health facilities. It is said that the Chinese government and people not only carried out infrastructural development in the district but also offered funds to uplift the lives of local people. The people of Gwadar got a chance to understand and appreciate the Chinese culture while working and living with them and vice versa. Statistics showed that the construction of the port absorbed 70 percent of people of Gwadar, a lot of infrastructural development is going on in the city and its real impact will be visible on completion. Sources recorded that the industrialization process is about to start in CPEC’s special economic zone which will bring a lot of career as well as business opportunities for people. It is important to note here the government of China in August 2015 proclaimed that the previously proclaimed concessionary loans for various projects in Gwadar totaling $757 million would be converted zero percent interest loans for which Pakistan will only be required to repay the principal value. Statistics showed that the projects which are now to financed through the zero percent interest loans include: the construction of the $140 million East Bay Expressway project, installation of breakwaters in Gwadar which will cost $130 million, a $360 million coal power plant in Gwadar, a $27 million project to dredge berths in Gwadar harbour, and a $100 million 300-bed hospital in Gwadar. Furthermore in September 2015, the government of China also proclaimed that the $230 million Gwadar International Airport project would no longer be financed through loans, but would instead be constructed by grants which the government of Pakistan will not be required to repay. 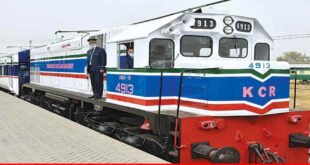 According to the government of Pakistan report, the transport has an indispensable role in economic …