Given that agricultural land is expanding at the expense of forests, marine stocks are being decimated by overfishing and coral reefs are getting clogged by plastic, it comes as no real surprise that plant and animal species are getting decimated. The UN Intergovernmental Science-Policy Platform on Biodiversity and Ecosystem Services (IPBES) conducted one of the most comprehensive checks on the state of the planet ever recently and it found that human activity is having a devastating impact on the environment. The insatiable human thirst for food and energy is primarily to blame and that has caused nature to decline at a rate never previously seen.

The following infographic provides an overview of the species at risk of extinction as detailed in the latest update of the IUCN Red List of threatened species. With the largest share of assessed species, 41 percent of amphibians are considered at risk, followed by 37 percent of sharks and rays and 34 percent of conifers. The IPBES report did however state that it is not too late to halt this trend and improve the situation but that the picture is ominous. IPBES Chair, Sir Robert Watson, warned that “the health of ecosystems on which we and all other species depend is deteriorating more rapidly than ever. We are eroding the very foundations of our economies, livelihoods, food security, health and quality of life worldwide.” 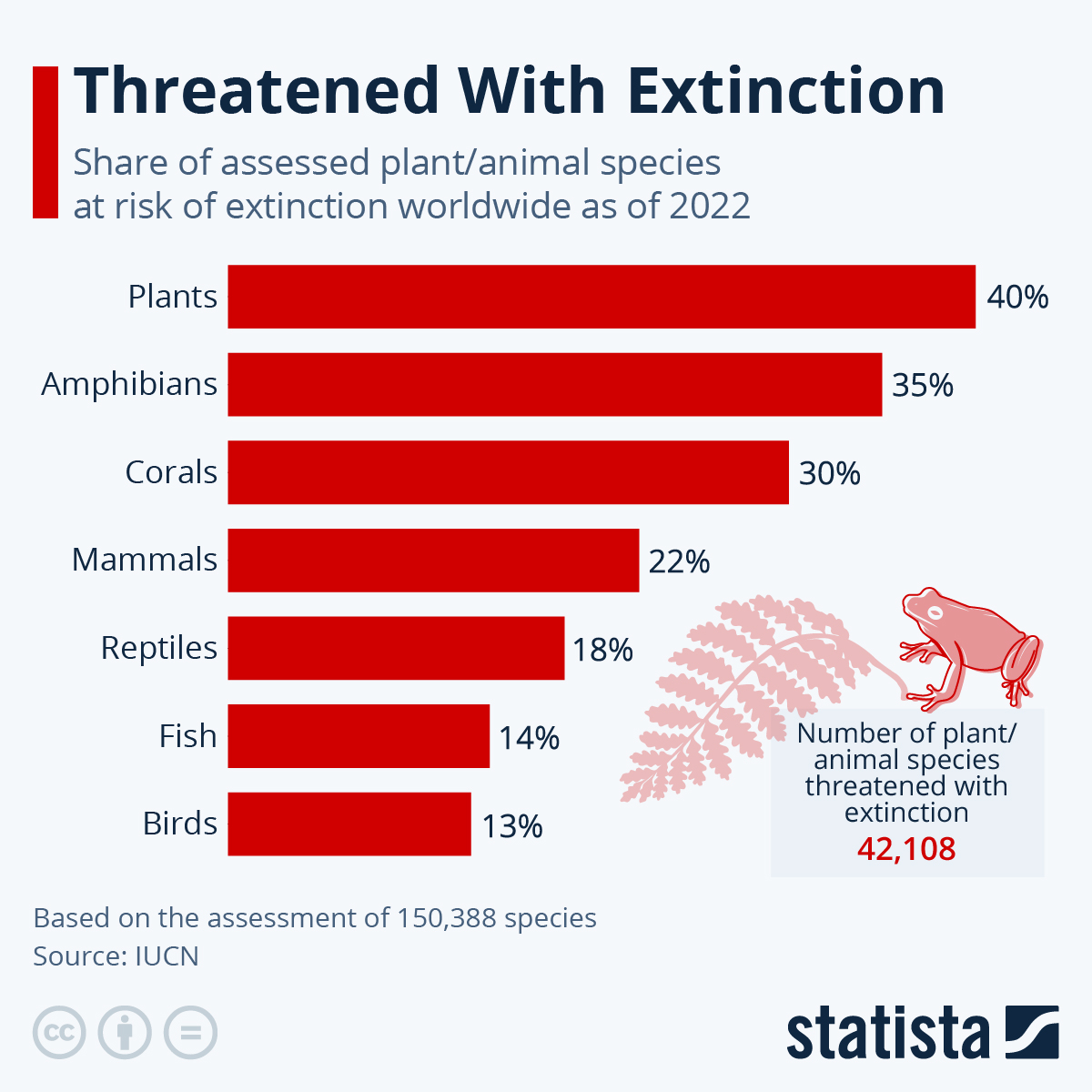 Previous Where E-Commerce is Growing Fastest
Next Kibor Rates

Where E-Commerce is Growing Fastest