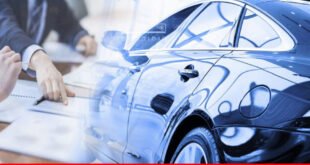 Review of car financing in Pakistan 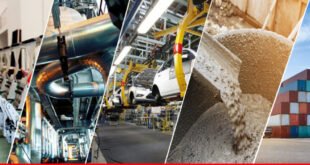 The growth of LSM in Pakistan

According to the Economic Survey of Pakistan FY2021, a robust manufacturing sector promotes domestic production, exports and generates employment, hence stimulates the overall growth of an economy. The manufacturing sector in Pakistan contributes 12.79 percent to Gross Domestic Product (GDP) and the sector employs 16.1 percent of the country’s labour force. The outstanding growth in industries’ output was partly backed through higher export orders received mostly through the textile producers in Pakistan. Besides, the growth assisted firms to rehire the staff laid off in the wake of countrywide lockdown imposed in March 2020 to deal with the first wave of Covid-19 pandemic. The increased industrial production also assisted the concerned authorities collect higher revenue in form of taxes. Experts recorded that globally 2020 has been undeniably the most turbulent year.

The outbreak of the pandemic triggered a widespread global shut down halting chief economic activities that depressed demand and disrupted supply chains. Manufacturing sector, being not an exception, was one of the hardest-hit segments from Covid-19. It is also recorded that the government of Pakistan had already adopted stabilization measures during FY2019 i.e., contractionary fiscal/monetary policy and market-based exchange rate, to cure the macroeconomic imbalances in Pakistan. Nevertheless, external imbalances were eased but with some short-term repercussions, specifically in industrial sector. However, FY2020 emerged with some positive notes following the stabilization phase. Negative growth rates were narrowing down. Textile, the highly weighted sector, started inching up along with the improvement in chemicals and leather sectors. Until February 2020, this nascent recovery kept going. Nonetheless, this process was suspended because of the measures taken to control the spread of Covid-19. The mobility restrictions affected the industry, particularly labor-intensive sectors. Moreover, manufacturing sector is highly dependent on imported raw material which was adversely affected because of international supply chain disruptions particularly in US and China.

Domestic lockdowns further aggravated the situation. Stung through the pandemic, LSM (large scale manufacturing) plunged to 41 percent in April 2020 registering its lowest historical level. This further dragged down the LSM and July-June FY2020 witnessed a steep fall of 9.8 percent, causing macroeconomic instability. Such a situation brought the manufacturing activities to a standstill, derailing the entire economy.

According to the Pakistan Bureau of Statistics (PBS) the overall output of LSMI (large scale manufacturing index) rose by 14.85 percent for July-June 2020-21 as against to a negative growth of 9.8 percent in July-June 2019-20. LSMI output is up by 14.85 percent during FY21, the highest growth since FY05. To recall, Pakistan’s economy turned around with significant support coming from the revival of industries, mainly those involved in LSM, in FY2021. GDP grew 4 percent in the year compared to a negative growth of 0.5 percent in the prior FY2019-20 because of temporary suspension of industrial output under the lockdown. It is also reported that out of total 15.0 sub-sectors in manufacturing, 10 reported revival in output while the remaining 5.0 continued to face fall in production.

The production significantly grew in pharmaceuticals, chemicals, non-metallic mineral products, textile, food, beverages and tobacco, automobiles, iron and steel products, coke and petroleum products, fertilizers and paper and board sectors in FY2021 on yearly basis. However, the output in electronics, leather products, engineering products, rubber products and wood products declined during the year under review compared to the preceding year. Statistics also showed that the last month of the prior FY(June 2021) also closed the downward streak in LSM output, which was seen consecutively for the past four months (February-May 2021). The LSMI output rose by 18.42 percent to 145.2 points on the monthly quantum index of manufacturing (QIM) in June 2021 as against to 122.62 points in the corresponding month last year. The QIM had declined to 139.14 points during February-May from 175.46 points at the end of January 2021.

However, it is stressed that there was a need to take a deeper look inside the increased industrial output, which was once again on the rise on the back of domestic consumption instead of export-led growth. it is also recorded that the significant growth in LSM output was witnessed in domestic consumption led sectors like automobile, foods and construction-allied segment like cement and steel. No doubt, the ongoing Covid-19 has emerged as one of the biggest challenges to worldwide and domestic economy, bringing economic activities to a standstill.

The situation was more challenging for manufacturing sector of Pakistan because of two reasons: First, many manufacturing jobs are on-site and cannot be carried out remotely. Second, slowdown of manufacturing activities because of high trade & production linkages with the hardest hit states. However, the government of Pakistan envisaged the situation well in time and adopted requisite measures i.e., earlier resumption of businesses, smart lockdowns, relief to export-oriented industries and construction & industrial packages. These measures reversed the scenario and LSM appeared to be one of the most resilient sectors during pandemic.