According to the State Bank of Pakistan (SBP) the Commercial Banks in the country are enlarging their digital infrastructure for supporting electronic Payments which is complemented through SBP’s enabling policies. As on January–March 2021 (Quarter-3) end, the industry has deployed 16,175 ATMs in Pakistan, showing a rise of 134 ATMs. This means on average, the banking industry has deployed almost 1.5 ATMs per day in Pakistan. It is also identified that this industry has been proactive in deploying card accepting Point of Sale (POS) terminals to support SBP’s initiative on improving card acceptance infrastructure in the country. During the quarter review, the industry has deployed greater than 4,000 POS machines, standing to an all-time high number of 67,099. SBP also recorded that there are 16,223 bank branches recorded by the Banks/MFBs, out of which 107 are overseas branches. All branches, except 35, are offering online banking services to their customers. Statistics further showed that PRISM has 50 direct participants, which include Commercial Banks, MFBs, DFIs and Central Depository Company (CDC). During the quarter under review, PRISM processed greater than 1.0 million transactions valuing Rs 109.4 trillion. These transactions showed a quarterly increase of 4 percent by volume and 15 percent by value. In addition to the inter-bank funds transfers (settlement transactions between participating institutions), PRISM also facilitates customer transfers which accounts for the largest share of 89 percent in the total volume. Government securities transfer facility has the largest share of 68 percent in terms of value of transactions as at end quarter under review. During the quarter under review, statistics further showed that e-Banking channels i.e. RTOBs, ATM, POS, e-Commerce, Banking by Mobile Phone, and Internet and Call Centers altogether processed 309.5 million transactions of value Rs.22.5 trillion. ATMs processed the majority chunk with 49 percent transactions. Banks/MFBs deployed 134 new ATMs, reaching the total number of ATMs in Pakistan to 16,175 at quarter-end; these ATMs collectively processed 153.5 million transactions valuing almost Rs 2.1 trillion. Despite the availability of other banking facilities on ATM, ATMs still are mostly used for cash withdrawals in Pakistan. In total, a cash withdrawal through ATMs has the highest share of 96 percent by volume. Further, during the quarter under review, the number of POS machines increased to 67,099, accounting for a Q2Q rise of 7 percent. Real Time Online Branches (RTOB) are those branches that are connected by the bank’s Core Banking Application and provide Real-time online banking across the country. The RTOBs altogether processed 49.3 million transactions of value Rs. 17.4 trillion.

SBP further identified that the number of registered Mobile Phone Banking users stood 9.8 million, which is a rise of 5 percent from last Quarter. As evident from the statistics, the increase in transactions by internet and mobile banking channels have been quite promising, as these channels have provided an easy and round-the-clock alternative to its customers during the COVID-19 pandemic to fulfil their daily financial and banking needs. As on quarter-end, the number of e-Commerce Merchants registered with banks rose to 2,523 accounting for 5 percent increase. These merchants processed almost 5.6 million transactions valuing Rs 15.3 billion during the quarter under review. As on March 31, 2021, the total number of payment cards issued in Pakistan increased to 44.5 million up from 44.2 million last quarter. Almost 64 percent of these cards are Debit Cards. During the quarter under review, 100.2 million transactions of value Rs 37.7 trillion were processed by paper-based instruments. 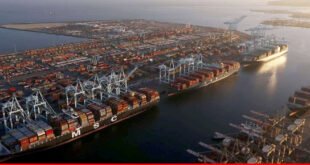