Where Disposable Incomes Are (Barely) Rising

Previously to the coronavirus pandemic, the growth of disposable incomes – the money that remains in peoples’ pockets after they have taken care of their basic needs – differed widely in the OECD.

Eastern European countries like Poland, Estonia or Lithuania saw some of the biggest increases, but were surpassed by the OECD’s newest member, Costa Rica. Here, people had 7.5 percent more spending money per year at their disposal, while the same number was 6 percent in Poland.

Western European countries did not see the same increases – with the exception of Ireland, where disposable incomes grew by 5 percent in 2019. The lowest increase was seen in Italy at just 0.2 percent, while Belgium, Switzerland, the Netherlands and South Africa barely surpassed 1 percent. The UK, Germany and France fared a little better, approaching 2 percent, but were still surpassed in disposable income growth in non-European countries like South Korea and the U.S. 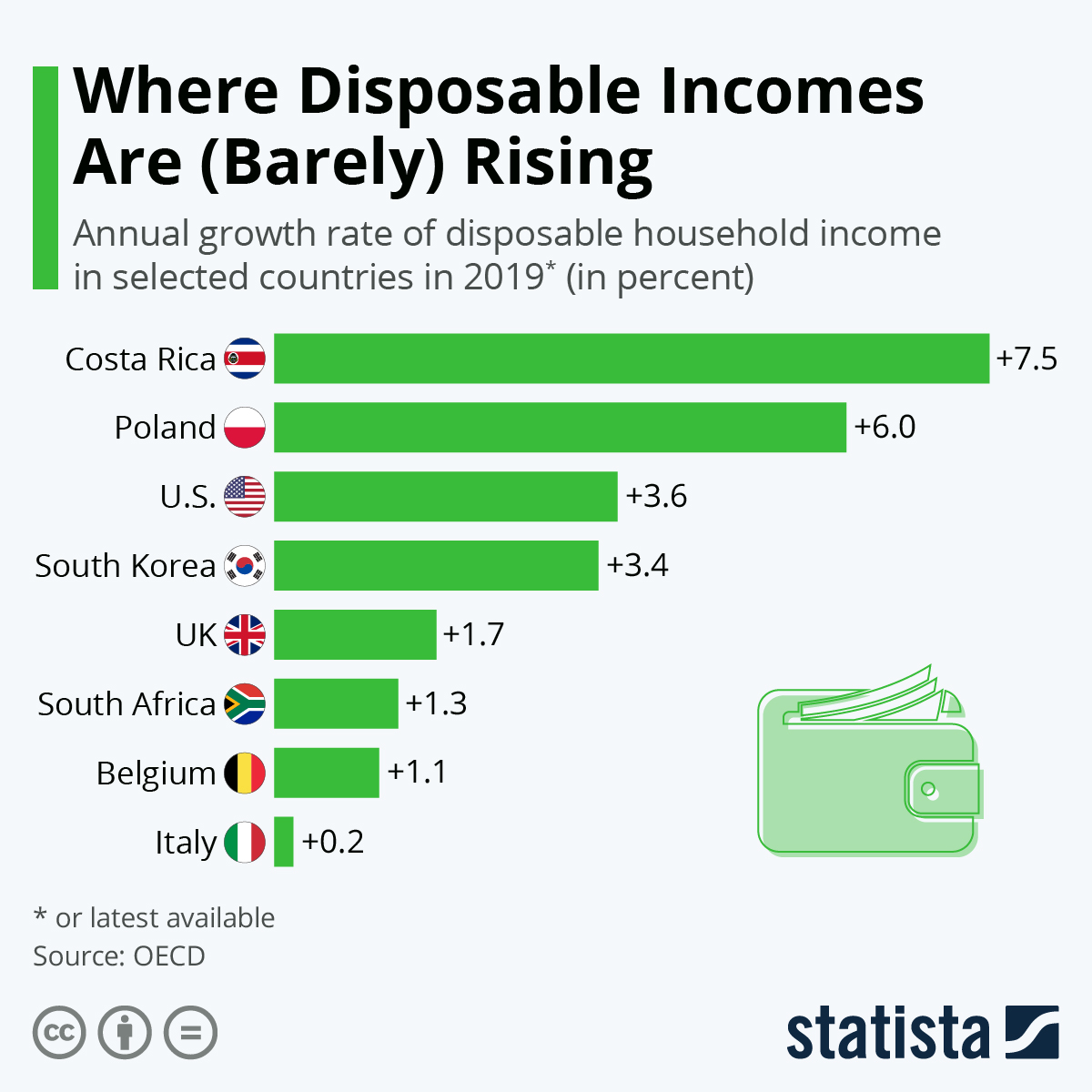