Global economists identified that sympathetic the structure, health and potential risks of an economy are significant for decision-making within an existing operating environment and also for expansion policies. Inflation, real GDP growth and exchange rate fluctuations will directly impact consumer market potential in any country. Moreover, import and export trade profiles assist gauge how open an economy is to trade and investment, while government finances can be used to explore macroeconomic stability and susceptibility to economic shocks. They also recorded that households insights can assist identify the decision-making processes and consumption tastes of dissimilar household groups within a country, and assess household appliance and digital readiness that is key for formulating market technology and Internet strategies. A stable and competitive business environment is vital to operate efficiently and attract inward investment.

No doubt, businesses can assess significant factors alongside issues like corruption, political instability and terrorism to understand the strengths and weaknesses of an operating environment and for strategic investment decisions. In the developing countries like Pakistan, the country’s ranking in the World Bank Group’s Doing Business Report 2020 has improved by 28 points from 136 to 108 out of 190 economies. Presently analysis released through the Government of Pakistan identified that the economy of Pakistan rebounded strongly during FY2021 and recorded growth of 3.94 percent which is not only substantially higher than the last 2-year but also surpassed the target (2.1 percent for FY2021).

Despite strict fiscal constraints, it is also recorded that timely and appropriate policy initiatives taken by the Government of Pakistan resulted in a V-Shaped economic recovery. Start of 2021, amid global vaccination campaigns, the worldwide economy started showing healthy signs of recovery; however, third wave of the pandemic tempered the pace of economic recovery. Presently the Government of Pakistan also warned the nation about a fourth wave of the novel coronavirus that could hit Pakistan if people continue to flout the Covid-induced SOPs, urging the masses to follow precautionary measures to avoid lockdowns. As we know that the pandemic which has already induced shocks like lockdowns, border closures, collapse of trade, travel bans and financial market volatility globally. Third wave in European countries including, UK, India and many other states further intensified these restrictions thus affecting the worldwide supply chains. For Pakistani economy, this pandemic also became a severe issue as country was already under the pressure of stabilization required to address BoP crisis emerged during FY2018. Thus, both consecutive adverse shocks; stabilization pressure owing to BoP crisis and this pandemic put the economy far below its potential level which resulted in a negative growth in FY2020. Presently the OICCI (Overseas Investors Chamber of Commerce and Industry), comprising over 200 foreign investors in the country belonging to 35 states, released the consolidated financial contribution from its members for the year 2020 based on feedback from 170 members, 50 of whom are subsidiaries of Fortune 500 companies.

The country’s experts recorded that foreign investors are contributing in all chief industrial sectors, where they are investing in goods also services. Total investment in previous 7-year was registered at $13 billion, so no wonder as a group of foreign investors they were one of the largest taxpayers. It shows overseas investors’ confidence in Pakistan. The experts also registered that foreign investment will be found in agrochemicals, fertilizers, pesticides, automobiles, banking, cement, chemicals, paints, engineering and industrial products, finance, insurance, IT and communication, shipping and airlines, security services, telecommunications, oil, gas and energy, etc. They are investing in goods of basic needs like food and consumer products also pharmaceuticals. Statistics showed that during 2020, despite a very challenging and uncertain business environment because of the pandemic, contributed over Rs1.4 trillion, or about Rs5 billion each working day, to the tax revenue of Pakistan, almost one-third of the total tax collection in Pakistan. Sources record that although foreign investors come under the organized sector that is why their tax contribution is huge, total investment worth $2.4 billion is not satisfactory. Sources furthermore recorded that the tax payment of Rs1.4 trillion means the 200 companies earned at least Rs4 trillion, however, the question is where did the rest of the profit go, was it repatriated? The Government of Pakistan should think about the condition. If the companies are repatriating their profits to their home countries instead of reinvesting in the country, they are doing the lawfully right thing but for the country it is not a positive thing.

The present Government of Pakistan should create a favourable environment where the companies could be encouraged to reinvest instead of sending profits back as the country is not only a bigger market but also a growing one, though slowly. It is also said that OICCI members during the last 9-year have invested over $18 billion, largely in the energy, telecom, chemicals, food, fast-moving consumer goods and banking sectors. Presently the State Bank of Pakistan (SBP) eliminated the requirement of Electronic Form-E (EFE) through amending the foreign exchange regulations to facilitate exporters. No doubt the present Government of Pakistan aims to enhance the quality of regulatory environment and promote private investment across the country.

Previous CPI, SPI and WPI in statistics
Next PSL has an emotion of top cricket brand in Asia 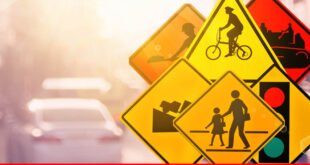