Home / Interviews / PTI-led budget best for the support of economy

PTI-led budget best for the support of economy

Mr Farooq Dadi is a bona fide businessman having done his honours and masters in the subject of international relations from Karachi University. He was a student leader and was the Chairman of Pakistan Liberal Students. It was one of the leading student parties during 1970s. He started his career as a businessman but was more focused as a socio-economic activist. He used to identify leakage of revenue from CBR (Central Board of Revenue) which is now FBR (Federal Board of Revenue) contributes 60 percent to our national budget. He is still into business as an indentor, trader and is dealing in pharmaceutical raw material. He is also an active member of FPCCI, KCCI, Rotary International, Arts Council of Pakistan, Karachi University Alumni etc.

PAKISTAN & GULF ECONOMIST had an exclusive conversation with Mr Farooq Dadi about economy and the Federal Budget 2021-22. The excerpts are as follows:

The budget 2021-22 is the best budget in order to get rid of our ongoing economic crises. We have already overcome our inherited economic disaster caused by the massive corruption of the past two governments of PPP & PML (N). They took $60 billion as loan from IMF, World Bank etc. From 1947 to 2008 Pakistan’s total debts were only $34 billion approximately and these two PPP and PML (N) took almost $60 billion in ten years and major portions of this amount went to corruption. Our industries were destroyed, import of raw material was more expensive due to higher amounts of import duties and same products as finished goods were cheaper than the raw material. As a result this, many industries shut down and 90% labour force was laid off. Our exports dropped from $25 billion to $18 billion while import increased from $35 billion to $62 billion. As a result of this, the trade deficit was almost $44 billion, the highest in the history of Pakistan. Present Government of PTI under the dynamic leadership of PM Imran Khan took revolutionary measures to revamp the entire economic system on war footage and as a result of this, Pakistani economy turned around with 3.9% GDP growth rate in this pandemic where the entire world and even the developed countries’ economy collapsed but Pakistan’s economy excelled in all respects.

Pakistani textile industry has gotten tremendous orders and is working 24/7. In addition to this, many new industries are coming up to meet the challenges and fulfill exports order with maximum volume. There is a massive growth in all sectors of manufacturing resulting is plenty of job opportunities. A massive export by IT sector augurs well. All industrialists are happy and satisfied for the relief in withholding taxes and many other unnecessary taxes have been withdrawn in this budget of 2021-2022. Our exports are definitely going to enhance due to lowest exchange rates in the region as compared to India and Bangladesh. Previous two corrupt governments didn’t focus on exports despite high devaluation of Pakistani rupees.

PTI Government is focusing on maximum export from Pakistan and their foreign mission employees are strictly instructed to market Pakistani products in their respective regions and serve our overseas Pakistanis with honor and dignity. Budget 2021-22 will help industries to further grow in order to manufacture all types of goods with ease and government support. Lots of incentives have been given to these industries as a result their output will be better to produce in all respects. During the preceding fiscal year, FBR exceeded its tax collection target which is praiseworthy.

Previous PSL has an emotion of top cricket brand in Asia
Next Mon Salwa – keeping up frozen foods trend in Pakistan, world 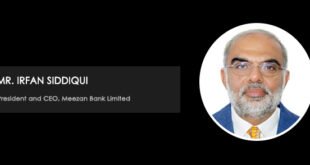