Home / Sports News / Are we headed towards the golden era of esports in Pakistan?

Are we headed towards the golden era of esports in Pakistan? 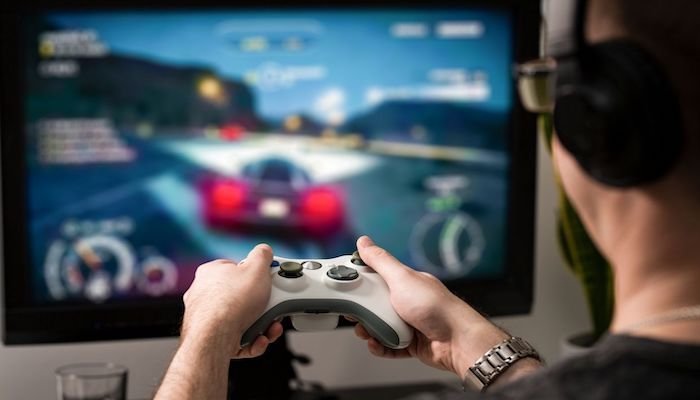 It’s early 2000s and you are fighting with your sibling over who’s going to play Atari, PC or PS2 first. Your mum orders you to play together. The smartass in you gives your brother a disconnected joystick while you grin maniacally as your mother walks away, thinking she resolved the quarrel.

Pretty much every kid must have thought what a life it’d be if you could play games, uninterrupted and forever. We just didn’t know it was actually possible then. Fast forward a couple decades later and we have dozens of phenomenal esports players making money for playing games.

The idea of esports as a career path has been around for as long as video games have been played. In fact, the earliest known video game competition was held in 1972 at Stanford University where gamers played the game ‘Spacewar!’ in the ‘Intergalactic Spacewar Olympics’ with the winner receiving a year’s subscription for Rolling Stone.

In Pakistan, however, esports has only risen as a possible career option in the last decade or so.

Before Lahore-based Tekken player Arslan Ash shocked the world and won EVO Japan and USA in 2019 and then went on to be declared the ESPN E-Player of the Year, not many looked to Pakistan as a place where esports could thrive. But then Ash rose from obscurity and defeated the best of the best (looking at you, Korea) and claimed the throne.

His rise as the undisputed king of Tekken not only did wonders for the young gamer himself, but also shone light on the hidden but insanely skilled esports community in Pakistan. One could disregard Ash’s victories as pure luck but he has backed up the hype with his performances in dozens of tournaments since and has won almost all of them. Not only that, more Pakistani e-players have gotten the spotlight since then, officially putting Pakistan on the esports map.

While Pakistan caught the world by surprise, it wasn’t that much of a shock for Pakistani players. While everyone was busy swimming in gold water, they were biding their time and improving with each game, ready to take on anyone, to show up and show off and win.

As local e-players are making their name across the world, not only in Tekken, but also PUBG, Valorant and CS:GO, the government is also starting to recognize and give esports a ‘regular sports’ status. To build an entire esports sector, this is surely the first step. But how much is this sector, or an industry (if we can call it that) worth it? How much money do e-players make on, let’s say, monthly basis? Is it enough to encourage more players to pursue a career in esports? And what needs to be done to grow the esports scene in Pakistan?

An average Pakistani gamer earns anything from PKR 10,000 to PKR 60,000 in a tournament. Earnings are complicated to measure as the revenue comes from winning tournaments, brand sponsorships and several other routes. It’s also affected by what game you play and whether you play solo or as part of a team. A lot of players even turn to streaming and coaching to maintain a consistent income.

Local esports caster Mamoon Sabri echoes the sentiment, saying, “The dynamics for all the prize money of these games are a lot more complicated than what I’m saying they are since it also depends on a player’s international success and qualification, paths, etc.”

Aliyan Khan from Only Titan team plays PUBG and shares the average income of a PUBG player is about PKR 30-35,000. “Winning prize of small tournament is 100k that are played over a weekend,” he says. “Some tournaments are held for one to two months. Local tournaments are held over a maximum of 45 days, and happen a number of times annually.”

Of course, in games like PUBG, the winnings are divided equally across team members, so the more tournaments you win, the higher the loot. The popularity of games is a big factor. Tekken and PUBG have some of the highest prize pools. CS:GO was quite popular but since Valorant came out last year, a lot of CS:GO players have switched to the new first-person shooter game in the market. Valorant players now earn more than CS:GO players.

“CSGO and DOTA are historically the most vibrant competitive games in Pakistan history, but over the past year they’ve been pretty nonexistent,” says Sabri.

Ibrahim from Flex Esports (CS:GO and Valorant) notes that PUBG Mobile is the highest paying game in Pakistan. “They have local tournaments worth thousands of dollars. The top teams have salaries of PKR 30-40,000, so combined with their tournament winnings, they are easily earning over PKR 50,000.”

Of course, the aforementioned players are talking about an average gamer’s winnings per tournament. Combined, the profits are huge. Some of the top ranked e-athletes earn thousands and even millions of dollars. For example, four years ago, the then-17-year-old DOTA player Sumail Hassan became the third highest earning gamer in the world by amassing $2.4 million by winning a tournament.

He continues, “Fortnite players are also earning well. They have a good community and good sponsors too. Most of the Valorant sponsorships are given by Fortnite organizations. There are some other games but they are not being promoted in our country. Only Valorant, PUBG mobile and a few other games are being promoted as of yet.” To add to it, Rainbow 6, League of Legends and Rocket League have small niche communities as well.

Valorant player Hashir Abdullah says PUBG Mobile is definitely the highest paying mobile game in Pakistan, but Valorant is the highest in PC games. He, along with more Valorant players, agree that a tournament’s prize pool can range from PKR 70,000 and go up to a million.

According to Sabri, the prize pool across PUBG Mobile tournaments in Pakistan totaled to PKR 20 million in 2020 and the number seems to remain the same this year as well. The way the money is distributed across team sponsors, team players and the whole hierarchy is a different and complicated ballgame altogether.

While there are several factors to consider in this conversation about a new industry’s worth, the positive aspect of this is that more organizations are springing up and cashing in on the boom of esports in Pakistan. Players receive a monthly salary and can earn by winning local and international tournaments. A number of smaller teams comprises of friends and if they catch attention from sponsors once they participate in or win a noteworthy tournament, they get sponsored, which results in a higher income and more facilities and resources to grow.

Ash went through the same route, slowly making his name in competitions until he became the first Pakistani athlete to be signed by Red Bull. Another team VRNoobz recently participated in Red Bull Campus Clutch, the first and the most prominent global Valorant tournament for university students. The underdog team won the national finals and defeated India in the South Asian regional finals to reach the World Finals, to be held in July in Spain. While they were racking up wins left and right, they got a sponsor and changed their team’s name to MaxD Esports.

Sponsorships are what elevate the scene everywhere in every sport. With more organizations and brands sponsoring gamers, it’s bound to go through a big boom and help develop the basic infrastructure for esports to thrive in Pakistan.

With esports being a billion-dollar industry, Pakistan is slowly proving to be a major player with its vast pool of talent across various games.

The author is a writer and filmmaker. He founded Film N’ Chips Media Productions

How Pakistan hockey went from world-beaters to Olympic absentees