Samsung, Apple, Huawei and Xiaomi were the largest smartphone manufacturers in the world in 2020, together reaching a global market share of almost 60 percent. While these brands are bought and used all over the world, they have still retained certain home turf advantages. Apple is the most used in the U.S. and Canada, Samsung retains a massive market share at home in South Korea and Huawei reaches almost 40 percent of Chinese.

66 percent of South Koreans interviewed in Statista’s Global Consumer Survey said that their main smartphone was a Samsung, the highest in the survey. Germany and Brazil were two more markets where the Korean manufacturer had a strong showing, with 40 percent in either country owning a Samsung as their main smartphone. Despite Apple’s dominance in the U.S. and Canada, Samsung also has a strong customer base there and reaches over 30 percent of smartphone owners.

Markets in Spain, Russia and Mexico were more mixed, with none of the four biggest brands reaching more than a quarter of the population. While the four brands reached more than 80 percent of Spaniards, they had gotten through to less than 60 percent of Indians. Here, the smartphone market beyond the big 4 brands remains heavily fragmented. Brands Vivo, OPPO, OnePlus and Realme are each used by between 6 and 8 percent of Indian respondents. 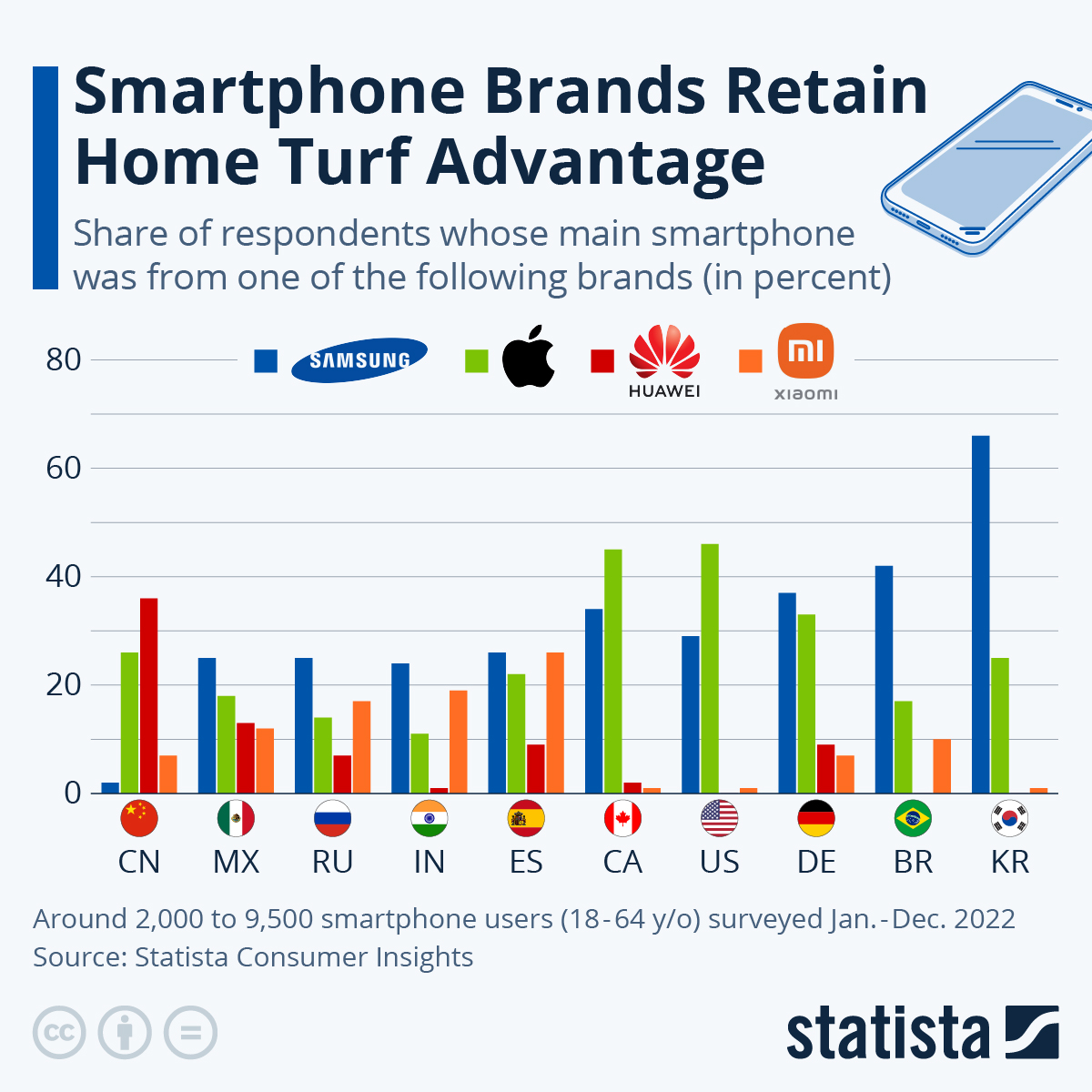