No end in sight to global shipping chaos 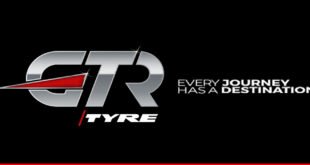 In the second half of 2020, Americans, trapped at home by the pandemic, started buying weighted blankets, Crocs, giant fleece hoodies, ring lights and desks at a relentless pace. One toilet paper manufacturer saw a 600% increase in sales over two weeks. Another retailer sold out of a year’s stock of bird feeders in two months. Yoga leggings, milk frothers, air fryers and lawn mowers were crammed into shipping containers in the ports of Asia.

Earlier that year, at the start of the pandemic, idled ships could be seen anchored off the Singapore coast, eerie and still. But by the fall, they were idle no more: Container vessels steamed across the Pacific, carting goods from China so busily that they became snarled in traffic in California’s San Pedro Bay. By January 2021, as many as 30 ships were anchored off the ports of Los Angeles and Long Beach, waiting to pull into berth.

Seafarers, the floating workforce of 1.6 million women and men that operate the world’s fleet of 50,000 commercial cargo vessels, have been thrown into turmoil by the pandemic. Theirs is a crisis that has played out almost invisibly, far out to sea or onboard ship. Their numbers are large enough to populate a city — albeit one where social distancing is impossible and there is no way out.

For ships’ crews, as for millions of others, the price of safety is monotony and isolation. But instead of being marooned at home, they are stuck permanently at work. They spend their days pacing their ships, surrounded by nothing but metal and the vast ocean.

The whipsawing demand for retail has thrown the shipping industry into a year of unprecedented volatility. Container ships, hauling as much as 190,000 tons at a time, have had to cater to the sudden, dizzying heights of demand. Freight liners have redirected to the lucrative Asia-US route, and every idled ship in the world’s fleet of merchant vessels was pulled into trade.

In Asia, manufacturers jockeyed for space onboard ships amid a shortage of an estimated half a million containers. Prices for containers skyrocketed, from US$1,486 per 40-foot container in May 2020 to US$5,472 by May 2021, according to Drewry Shipping Consultants, the global maritime research and consulting company.

There are plenty of physical challenges. There have been collisions, fires on oil tankers. A livestock carrier, the Gulf Livestock 1, was sunk by a storm off Japan in September, killing 41 crew members. Containers, stacked high on ships speeding along their routes, are toppling off at some of the fastest rates in years. According to an estimate by Bloomberg, some 3000 containers fell into the sea in 2020, and another 1000 so far in 2021. When the Ever Given lodged itself into the Suez Canal in March, it blocked US$9.6 billion of trade for 6 days and forced cargo vessels to divert around the continent of Africa.

With borders closed, consulates on lockdown, restrictive or inaccessible testing regulations and commercial flight numbers sharply curtailed, the complex chain of crew replacement broke down. A seafarer coming from land to replace one who had reached the end of their contract at sea struggled to get the permits, visas, medical clearances and flights necessary to relieve the seafarer.

The seafarer on board faced the same constraints to disembark. At the height of the crew-change crisis in the second half of 2020, as many as 400,000 seafarers whose contracts had ended were compelled to keep working, many of them long beyond the legal limit of 11 months on board.

Capt. Rajesh Unni, CEO of Synergy Marine Group, which manages the crewing for over 375 commercial vessels, described the toll of isolation. Seafarers face the same fear, loss and grief brought on a by a deadly pandemic as much of the rest of the world, but contend with it from the extreme isolation of a ship.

“The mental well-being of people has been very, very difficult,” he continued. Suicides have ticked up. “We have picked up seafarers from the water. All that has definitely increased.”

The crew-change crisis has eased in recent months, but deadlier new waves fueled by variants, including in India and the Philippines, the world’s most prominent seafaring countries, are likely to present even higher risk for the maritime workforce and trigger new border restrictions. Seafarers have struggled to access vaccines, and the dual strain of life on board while hearing of tragedies back home continues.

“Yesterday I was talking to one of the captains. He lost his mother a week ago, he lost his wife yesterday,” said Unni of Synergy Marine. “Imagine the trauma that is happening to him.”

The head-spinning year started off with a lull. In January and February 2020, the new virus then ravaging the city of Wuhan, China, triggered severe lockdowns across the country.

“The factory powerhouse of the world didn’t have any output, and that dramatically impacted shipping volumes,” Manders of Flexport said. “As a result, everyone in this industry panicked.”

By March, the virus had spread across Europe, the Middle East and North America. International borders shut down, passenger planes were grounded, and the shipping industry slipped into the same nervous uncertainty and quarantine-induced lull of a world entering a pandemic: Sea trade dropped by 9%.

“If you would have asked 100 economists a year ago on this date where the world would go,” Manders said in an interview with Nikkei in April 2021, “probably 100 economists would have told us, it’s going to be doom and gloom, we’re going to go into a recession. That is what it looked like. … Global shipping volumes tanked.”

In April and May of 2020, hospitals around the world were overwhelmed. Doctors and nurses risked their lives in tattered N95 masks and surgical gowns. Images of overflowing morgues and mass graves filled the news. Countries and private hospitals desperate to stock up on PPE as quickly as possible turned to air cargo — a plane can cover in hours what takes a cargo vessel weeks. But with passenger flights grounded, capacity was cut in half.

Carriers scrambled to fill the demand. Passenger planes were converted into cargo planes, and the industry coined a new word, “preighters,” a portmanteau of passenger and freight, where there were no passengers in the upper decks, but the hold was filled with cargo. Flexport added to their network of air freighters by renting out multiple preighters a week. A kilogram of air cargo went from about US$4 to as high as US$14 or US$18.

“Price doesn’t matter,” Manders said of the urgency-driven choices made at that time. “This is about survival.”

By July, the surge in demand for PPE had settled. With enough masks, gowns and gloves in place, replenishments could travel on the relatively slow pace of cargo ships.

According to data from the US Census Bureau, retail spending in March 2021 was up 27.7% compared to the year before. Non store retail, including e-commerce, increased nearly 40% from pre-pandemic levels. Auto sales increased by 29% and furniture by 20.4%. In 2020, one logistics manager imported 10 times the number of containers full of lawn mowers than he did in 2019.

“Everyone wanted a bird feeder at that time,” Manders said. “It was like, ‘Yeah, I’m sitting at home, let me just watch the birds in my garden.'”

With the virus under control in China and other Asian manufacturing countries, factories there revved up just as government stimulus checks hit and the lockdowns in the US deepened. Without services — bars, restaurants, vacations, entertainment — Americans spent their disposable income on goods.

“It feels like a Monday morning rush hour that’s been going on for six months,” Manders said.

Full containers stacked up onto the dockyards. Longshore workers continued to pull containers off the ships, but decades of underinvestment in the rail system meant there were not enough trains to handle the volume of containers, nor enough chassis to load the containers into, nor enough truckers, as illness kept some drivers off of the road.

The vast distribution warehouses of the Inland Empire, in the deserts of east of Los Angeles, were packed to the rafters. Again distancing and other safety measures slowed down distribution. It was a level of congestion that Michael Podue, President of Local 63 of the International Longshore and Warehouse Union, had never seen before in over 40 years as a longshore worker.

“I don’t think anybody was ready for this kind of volume,” Podue said. “There’s only so much a terminal can fit.”

At a meeting of the Advisory Committee on Supply Chain Competitiveness, where Podue is a member, he heard representatives from across the supply chain — including big-box stores like Lowe’s and Walmart — converge on the question: “How can we get some relief here?”

There is no good answer yet, Podue said. “We’re working on it.”

At the same time, shipping companies have been dealing with a severe shortage of capacity. It can take two years to build a cargo ship. In the short term, there was little they could do to increase the number of vessels in a merchant fleet.

Ship owners and operators scrambled to accommodate the volume by building new containers by the hundreds of thousands. A.P. Moller-Maersk, the world’s largest container shipping line, sent vessels on profitless voyages to Australia to pick up empty containers and bring them to Asia. Idled ships, which in previous years made up about 10% of the fleet, were put back on the water. Nearly all seaworthy commercial vessels are now in operation.

In addition to adding several hundred thousand new containers and increasing capacity on their vessels, Maersk doubled their train capacity between China and Europe, which is experiencing its own consumer-driven cargo boom.

Maersk, like other shipping lines, rerouted from the ports of California through the Panama Canal and into the ports of the US Gulf and the East Coast, trying to skirt the congestion. Local newspapers from Miami to Seattle reported in awe as towering container ships, the largest their ports had ever seen, pulled in to unload their cargo.

“There still are delays in the East Coast, but they are less than the West Coast,” Sissons said. “There is still a lot of pressure on the infrastructure in the U.S. because the market demand is high, and that overall is difficult to avoid.”

“It’s a bad time in terms of operational functionality, but from a shipping line point of view, they’re doing very nicely out of this situation,” Heaney said.

Previous Disinfect your home from viruses and bacteria, in an effective and easy way
Next NHA-endeavouring for construction of motorways and highways under PPP mode