Home / Infographics / Where Female Entrepreneurs Are Most & Least Common

Where Female Entrepreneurs Are Most & Least Common

According to a study carried out in 43 countries and territories by the Global Entrepreneurship Research Association, female entrepreneurs are especially common in developing nations like Angola as well as in developed countries on the Arabian Peninsular, like Saudi Arabia, Oman or Kuwait, and in the Americas, like in Panama, Chile and the U.S. Many developed nations in Europe have very low rates of female entrepreneurs, according to the study.

The researchers distinguish between necessity-driven entrepreneurship, which can be caused by a lack of formal employment opportunities in a country, and innovation-driven entrepreneurialism, which exists in countries with well-developed formal job markets.

Yet, within both types of economies, big differences exist between the rates of female entrepreneurs. While in Angola, more than 50 percent of adult women engaged in entrepreneurial activity (slightly above the rate for men), fewer women were entrepreneurs in low-income countries like Egypt (5.4 percent) or Morocco (4.5 percent). Here, it was more common for men to be entrepreneurs (around 10-17 percent each). 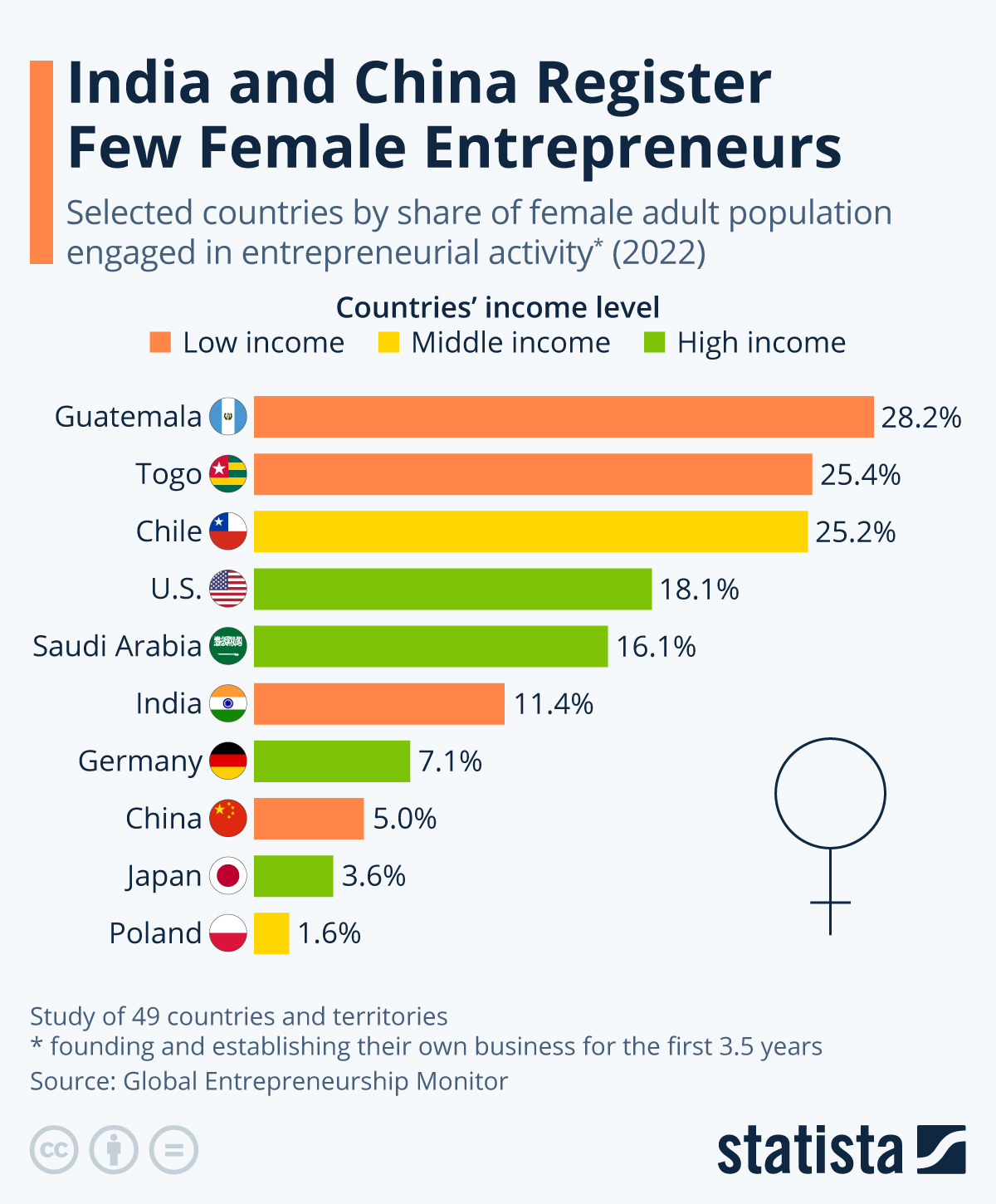