Home / Infographics / The Countries Which Like to Spritz on Perfume

Citizens of Turkey and Argentina were among those most likely to spritz on perfume regularly, according to the Statista Global Consumer Survey. The survey showed that Latin Americans were big on using scents and fragrances as part of their routine, as were Nigerians.In Europe, Serbians (82 percent) and Poles (79 percent) were the biggest perfume lovers, while Finland (45 percent) and Sweden (54 percent) were home to far less enthusiastic users.

The lowest rates of use in Europe roughly corresponded to the rates of use in Asian countries Thailand and Singapore. In China, regular perfume use was even lower at just 27 percent of respondents. According to a survey by Cosmetify, these countries are also some of the priciest for buying brand-name scents. Chanel No. 5, picked for the Cosmetify comparison, has a price tag of approximately $230 in China, $215 in Thailand and $180 in Singapore, compared with just $135 in the U.S. Even fewer perfume users could be found in Japan – only 16 percent, the lowest in the survey. The country was not included by Cosmetify, however. 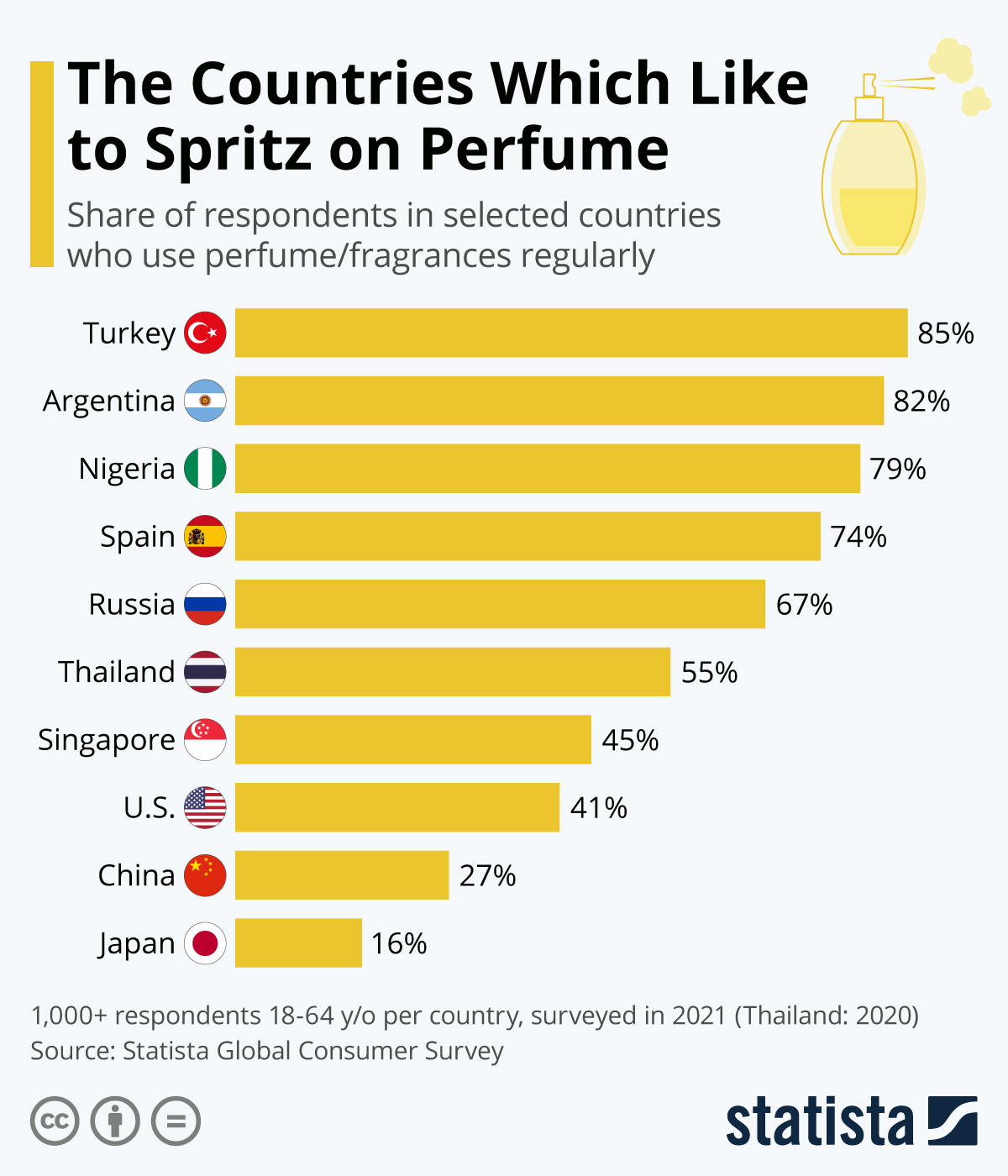