Home / Infographics / How Long Do Muslims Fast For Ramadan Around the World?

How Long Do Muslims Fast For Ramadan Around the World?

Ramadan is predicted to start on Monday, April 12, in 2021 once the first moon of a new lunar cycle is visible in Mecca. While the length of the Islamic month of fasting is the same for all Muslims observing it, the length of the daily fast certainly is not.

Because Muslims vow to abstain from eating and drinking during daylight hours, those living further north have to go without food and drink for much longer than their counterparts living closer to the equator or even in the Southern hemisphere which is celebrating Ramadan during winter. Muslims fasting for Ramadan in Oslo theoretically have to do so for more than 18 hours, according to website islamicfinder.com. Muslims in Kuala Lumpur, Malaysia, fast for approximately 13.5 hours. Finally, Melbourne in the Southern Hemisphere only has daylight hours of about 12 hours depending on the exact day of the Ramadan month.

Some Muslims in Northern countries seem to feel unfairly treated by the lunar forces that govern Ramadan and found alternative solutions. According to reporting by Der Spiegel, the town of Tromsø in the very north of Norway has adopted the fasting hours of Mecca (approximately 14 hours in 2021). 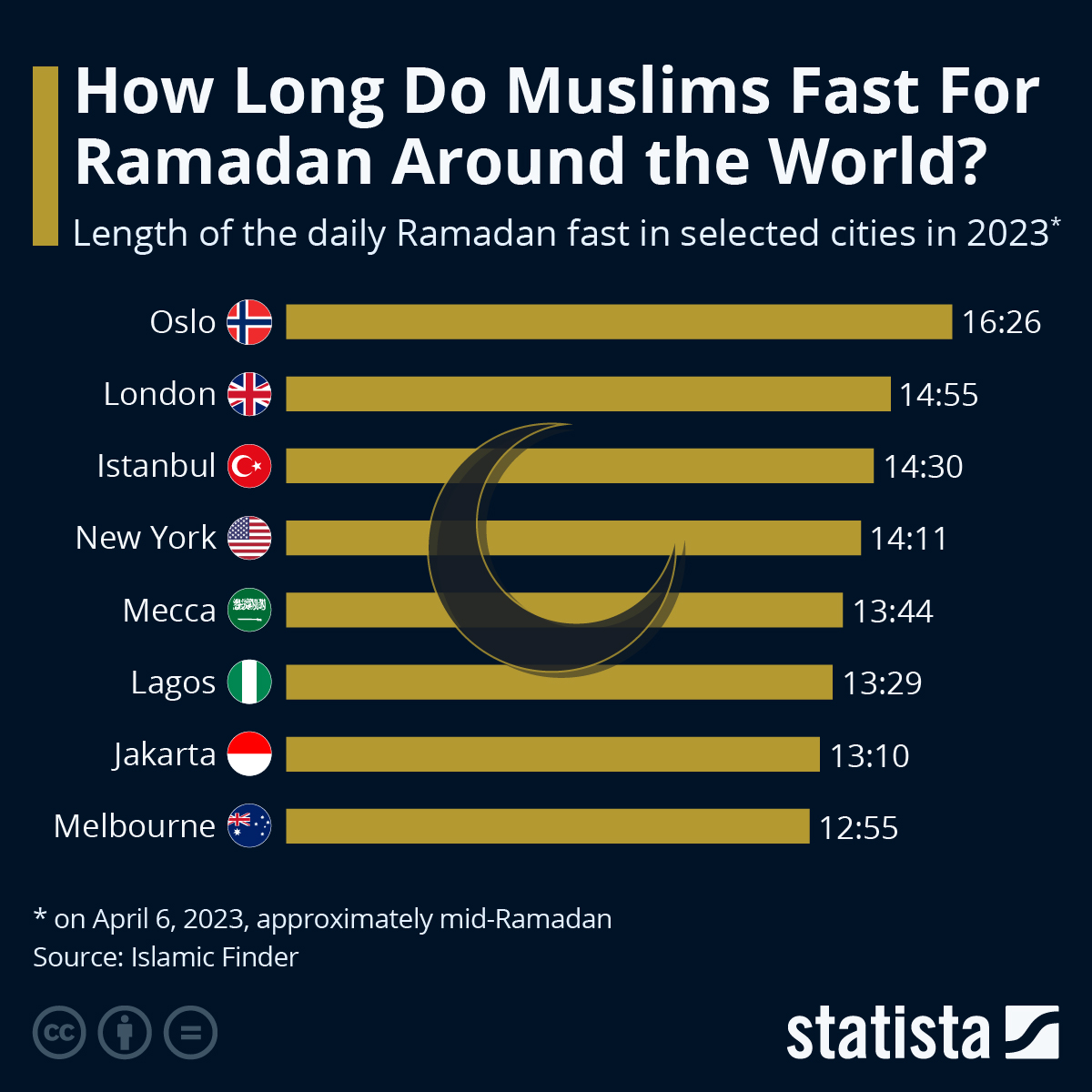 Previous Who Has Spent The Most Time In Space?
Next The Biggest E-Commerce Players in China