Home / Interviews / For roaring feat we must focus on exports, human resource

For roaring feat we must focus on exports, human resource

PAGE: Tell me something about yourself, please:

PAGE: What are your views about the progress of Pakistan?

Syeda Saima Zaidi: Unfortunately our last 70 years were victimized by dictatorship. Democracy was highly in the state of debacle and compromised. Elections became ill actions. We are unable to become a nation. But we should not forget and must know our PIA is the mother of Jordan Airways, Air Malta, Singapore Airways, Gulf Air, Emirates, Etihad, Air China and many more. We gave 62 crores to Germany in 1962 for its development because Germany was totally destroyed in 1945. Father of the nation, Mr Jinnah refused to accept compensation money from Japan and he said we should support Japan instead of taking money from it. Pakistan economic plans were used by different countries. Human development index was mad by Pakistani economist Dr. Mehboobul Haq. Sir Zafarullah served UNO from 1954 to 1972. He is the first Asian who became Chief Justice/President International Court of Justice. Pakistan engineers and labors made Middle East and other central Asian countries. We are the only country on entire globe which has won world cups in cricket, hockey, snooker and squash. Jahangir Khan’s records are unbreakable.

Pakistan ranks lowest amongst all the comparable South Asian countries in the Human Development Index 2019 according to the report released by the United Nations Development Program. Pakistan slipped one rank down to 152 as compared to the 2018 report, out of the total 189 countries considered for the survey. According to the UNDP’ report Pakistan is languishing at 13 percent below the average HDI of South Asia including Bangladesh and India. Pakistan grew steadily over the period 2000 to 2015 but its progress slowed down afterwards. The neighboring countries India and Bangladesh are at 129 and 135 positions respectively. Myanmar too is above Pakistan at 145thrank whereas Nepal is at 147thposition. Collectively, all the above nations including Pakistan have been bracketed into ‘Medium Human Development’.

Pakistan’s HDI value marginally improved to 0.56 in 2018 as compared to 2017 stat of 0.558. Pakistan’s HDI improved by 25 percent in the period from 2000 to 2015 with an average annual growth of 1.2 percent but it slowed down after that. The improvement could be credited largely to education and income pointers. World Population day is celebrated every year on July 11 to raise awareness among the masses regarding global population issues faced by the third world countries. The event was first organized in 1989 by United Nation Governing Council Development Program. At that time the population of the world was 5 billion. The current world population is about 7.7 billion and increasing at a higher pace.

Pakistanis marry very early and are polygamous, a practice claimed to poorly affect the standard of living. The Pakistani education system is very poor and the government seems unwilling or unable to make effective changes. Moreover, poverty, inflation, illiteracy, social unrest, and criminality are the cases in point that are created by overpopulation. Therefore, the government of Pakistan needs to devote not only adequate time and attention to these issues but to implement real change and reform to solve the overpopulation crisis. The fact that 70 percent of the population lives in rural areas and 30 percent in urban is an issue to be taken into consideration. The poor rural area people like to have more children as they become source of income. Child labor is common in rural areas. Our laborers are unskilled although people are required in the developed countries. Canada, Australia, Iceland, Japan and Germany need people but we can’t send our urban human capital even to them as they are not capable enough.

Pandemic has reduced work force which we are not understanding. When things get normal, huge amount of human resource will be needed but our government is not understanding it. We have to open quickly vocational training centers so we can produce laborers according to the need of countries. Pakistan should fill gap of human resource in the countries where human capital is short or expected to be short in future. We committed mistake in 1962 when Germany requested us to give human resource but we refused.

Pakistan is a big country. The external debt is just 116 billion dollars which is peanuts. Pakistan can easily pay its debt if they increase its exports. Our current export is just 20 billion dollars. Look at the export of small countries. In our business administration we make employees instead of entrepreneurs because if we visit in our universities we see mostly teachers are academicians. They have never done any business. How can we expect these teachers to build entrepreneurs? We have to change our teachers who are teaching business courses. Academicians are suitable for teaching core courses but for business courses teachers must be professionals. We have to export professionals like doctors, engineers, accountants, advocates etc. We have to give targets to our ministers and our diplomats/ambassadors working abroad to increase export. Yearly evaluation must be made of all diplomats. Incentives should be given to them so they will be encouraged and motivated to work for export of the country. We have to send our people abroad so they send foreign remittances. World is large so people are required. The percentage of deterioration of vegetable is 25% of total production, for milk 75%, for fruits 30%, for wheat 20%. All these can be saved if we have cold storages. We can earn from flowers export more than 4 billion dollars. We can use rusk of rice for oil production which is very expensive oil in the world market, and we have to make bilateral trading agreements with countries. We must make our law and order situation better so more investors will come. We must try to meet the requirements of FATF so we will come out from grey list. Around 33 billion dollars losses have been faced by Pakistan due to FATF grey list.

Recently Dr. Jan Alam made nebulizer for corona. A number of people used this medicine and recuperated but no influential person promoted his product. Pakistan could have made huge reserves if the said product was launched and strong government initiatives were taken. I have no doubt the only thing which is needed is that the current Prime Minister should focus on exports and development of human resource. I think our population growth can be used as a tool of success. I appreciate the initiative taken by current PM for road/railway track from China to Uzbekistan which will be connecting Pakistan with central Asia and around $90 billion revenue is expected to be generated and Pakistan will be one of the lion shareholders.

Former star cricketer, Javed Miandad said on TV on 24th April 2020 that if Imran Khan gives me an opportunity he will be instrumental in payment of entire loans of Pakistan. I think Imran Khan should support such people and make the country stronger. 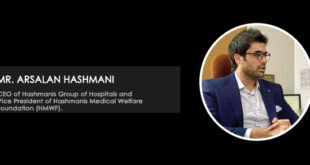