Roshan Digital Account has attracted more than half a billion dollars and phenomenal trust of Non-Resident Pakistan (NRP).

The inflows mainly getting into Naya-Pakistan Certificates and such NRPs who use to send money to their homes through back-channel are also forced by ease-of-use and convenience to remit funds through RDA. RDA has played a central role in the appreciation of PKR by Rupees 10/- in a very short and flimsy period. 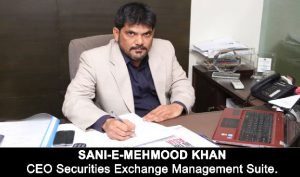 As the money worth $20 billion would continue to find its way through RDA, the future of currency exchange in Pakistan seems be in doldrums. The launch of Roshan Digital Account on September 15, 2020 and Notification of October 8, 2020 is a clear message that Professionals at the helm in the Financial Institution are excited to limit the currency exchange business to the extent of banking sector only.

As the major chunk of foreign remittances land into Pakistan through non-banking channels including the ‘direct-carrying’ from Dubai, the Roshan Digital Account has emerged as a ray of hope to implement this long standing desire to shun the currency-trading on non-banking-sector, which are often referred as ‘the black shops of moms and pops’.

Clause 4 of the Rules stipulated that “any foreign currency account shall not be credited with any foreign exchange purchased from an authorized dealer, exchange company, or money changer, except allowed by the State Bank through general or special permission under any law”.

On the 26th day of February, a news item suggested that central bank has assured FATF plenary that ‘no-foreign currency exchange shall be traded without an automated system and a traceable link of buyer and seller.

Roshan Digital Account has enabled overseas Pakistanis to open bank account digitally from anywhere outside Pakistan without visiting a branch and facilitates account holders to remit funds from abroad into this account and remit back with principle plus profit basis without any regulatory approvals or hassles.

Roshan Digital Account was launched on September 15, 2020, but real transactions started taking place in the first month of October 2020. An approximate fifteen days nearly 21,000 accounts were opened and for about 24 million dollars credited into this account.

According to Malik Bostan, the President of Currency Dealer Association, the dollar could break psychological barrier of 155 and might get stable at around 150.

The dollar has come down the level of 157 from the level of 168, which has reduced Pakistan’s debt servicing amount by Rs. 1160 billions of rupees, as our 60 percent of wheat the pulses are imported, an ordinary man on the street has every right to expect that such a move should reduce the prices of daily consumables.

Roshan Digital Accounts can be opened within 48 hours by non-resident Pakistanis after presenting valid CNIC/NICP/SNIC/POC, valid passport, proof of NRP status (POS/Visa/exit stamps) proof of profession and source of funds.

A non-resident Pakistani can open Current or Saving Account, which is denominated in Pak Rupees, GBP, USD, JPY, CNY or Euro. This account can be funded through foreign remittances only, and as such one cannot deposit funds into these accounts from and within Pakistan.

In the first phase, the Government has allowed the investments into following instruments:

It has been learnt that the work on allowing purchase of property in DHA and Baharia is also under consideration and it is expected that the government would add these two asset classes into the eligible portfolio of Roshan Digital Account by the end of June 2021.

Funds can be credited into this account by a third-party against sale of any declared moveable or immovable asset, however, it is mandatory that such funds must be disbursed through banking channel only. The ceiling limits of any disbursements into this account is theoretically the wealth-declarations which is in the concerned tax authorities of Pakistan or in respective countries.

The Naya-Pakistan Certificates or any other paper, stock or bond which is in the Roshan Digital Account is a standard document, which could be placed against margin or can serve as collateral against any transaction. Normal tax slabs are applied over the profits that are credited into this account.

Our economy is a classified case of failed dollarized economic model. Despite our trade is largely priced in US dollars, yet a hefty decline of Rs. 10 in the value of dollar could make our exports more competitive. Rising PKR would help offset the funding pressure, but such an ease is not enough to contain the firepower which is created by holding import and stifling growth.

Malik Bostan, the President of Currency Dealer Association has subscribed the view that for about US$20-22 billion are expected to be landed into Pakistan via Roshan Digital Account, which means that Pakistan would be able to raise higher domestic forex inflows which could help management the repayment pressure of existing borrowings.