Chinese diaspora billionaires are only a small group compared to those residing in China, however. Hurun counted more than 1,000 billionaires living in China, ahead of 696 in the U.S., 177 in India and 141 in Germany. Even in the U.S., the impact of the super-rich Chinese was visible as they made up almost 3 percent of all U.S.-based billionaires – or 19 out of 696.

Members of the Chinese diaspora can also be found among Asia’s richest families. The Sy family – Asia’s tenth richest according to a 2020 ranking by Bloomberg – settled in the Philippines in the 1930s. Starting out in food and shoe retail, their business branched out into banking as well as property and today runs Banco de Oro, SM Supermarkets and SM department stores, among others. Even richer is the Chearavanont family of the Charoen Pokphand conglomerate in rank three of Asia’s richest families. Patriarch Chia Ek Chor, came to Thailand from Southern China in 1921 and started out selling seeds. While Hong Kong billionaires are not listed separately by the Hurun Rich List, immigrant success stories are also common there. The Pao/Woo family (Asia’s ninth richest) and the inventors of Oyster Sauce, the Lee family (rank 12), made their fortunes in Hong Kong after emigrating from Mainland China. 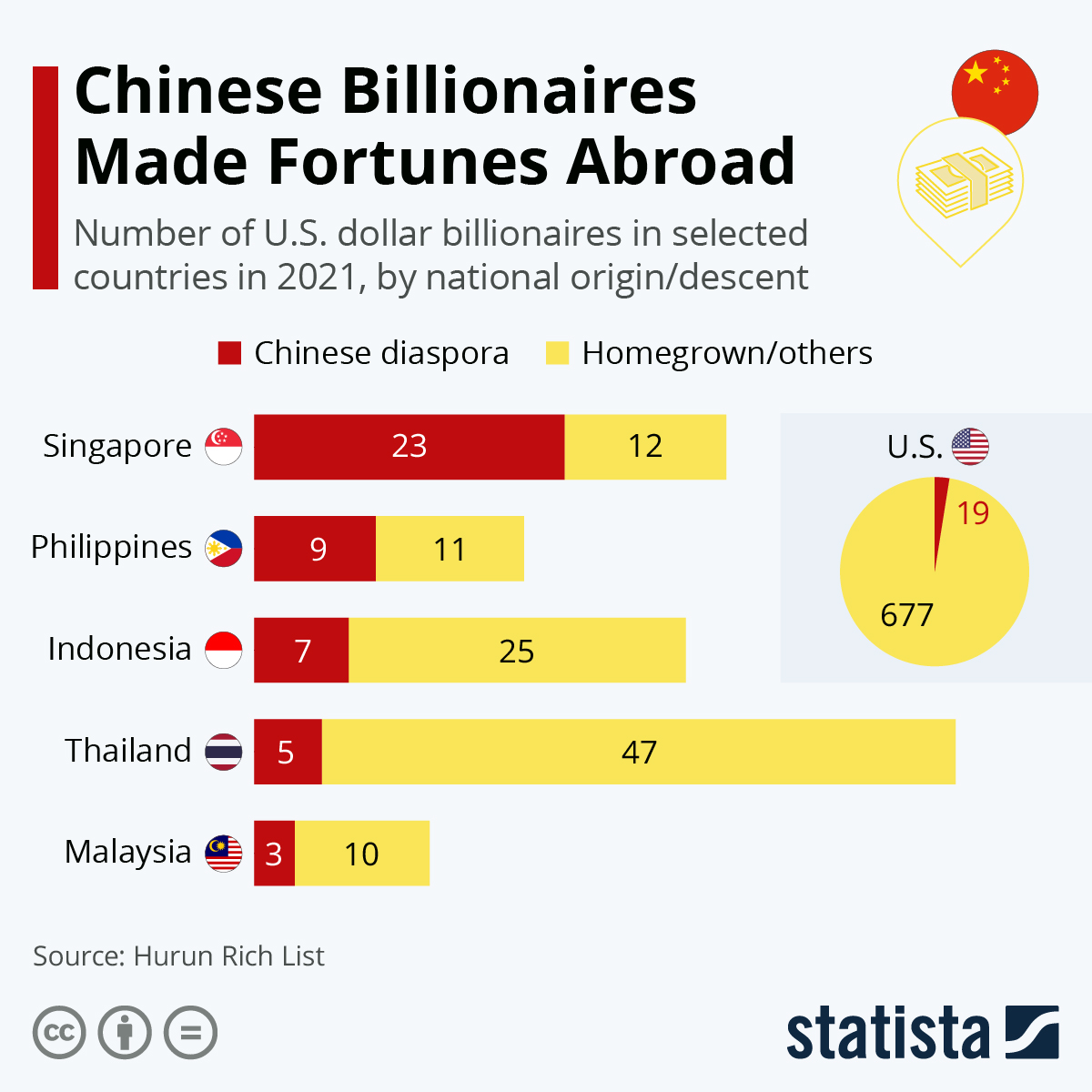