Home / Infographics / Where Internet Shutdowns Left People in the Dark

Where Internet Shutdowns Left People in the Dark

Government shutdowns of the internet during elections or upheaval have have left people around the world scrambling for information – and VPN access. In the past 12 months, things got most desperate during the Tanzania elections in October and November and following the coup in Myanmar last week.

According to review site Top10 VPN, search volume for VPNs rose by 7,200 percent on February 4 in Myanmar – the first day of internet blackouts after the coup. In the past 12 months, this is second only to search interest during the Tanzania elections, when search interest soared by almost 19,000 percent.

Shutting down the internet has become a tool for oppressive regimes to disrupt the organizational networks of the opposition or protesters. Elections have seen the biggest surges globally during the past year, especially in Africa, but even the prospect that some students could use the internet to cheat on school exams has been enough for the government of Algeria to justify an internet shutdown.

Virtual private networks – or VPNs – can be of help as they enable web users to disguise their location. 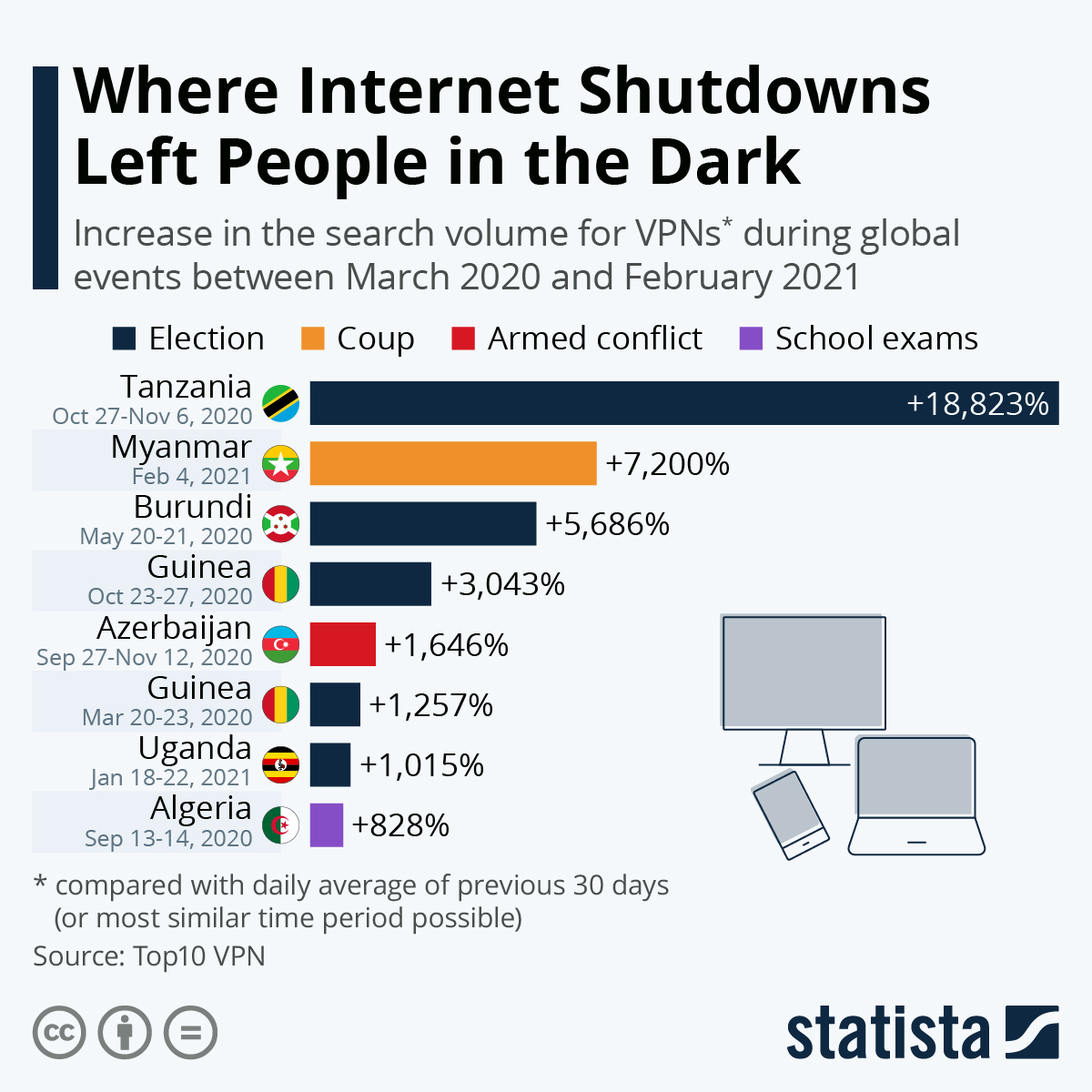