In many of the countries where cash is king, the Covid-19 pandemic is resulting in changing attitudes towards banknotes and coins. In both the United Kingdom and Ireland, for example, ATMs have seen fewer withdrawals during lockdowns as people have practiced social distancing and used contactless payment options where possible. While it may seem that this changing behaviour could make the ATM an endangered species, that might not be true.

Interestingly, a survey by Global Web Index found that South Koreans are the most likely to pay by card with 77 percent of respondents indicating that they avoid using cash transactions. What is also interesting is that according to the most recent World Bank statistics, South Korea still has the highest density of ATMs globally when special administrative regions and territories are excluded.

In 2018, South Korea had 267 ATMs per 100,000 of its inhabitants, ahead of Canada’s 214. Data for the United States is available, but unfortunately it dates from 2009 which means things could have changed considerably since then. Nevertheless, the most recent data does show that the U.S. had 174 ATMs per 100,000 people that year. 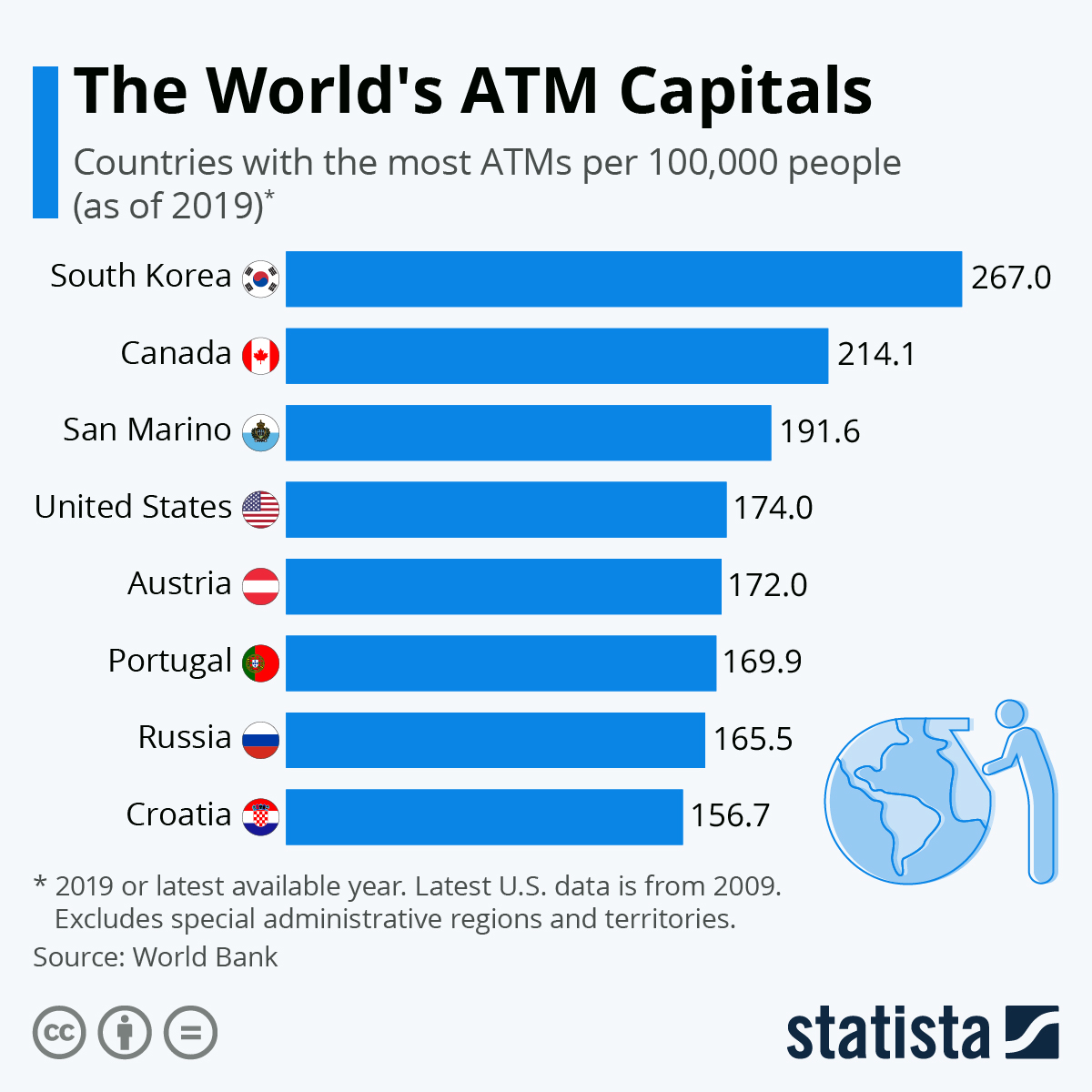