Statistics show that during July-December of fiscal year 2020-21, Pakistan has received $5.7 billion in external loans from multiple financing sources. Total inflows were 46 percent of the annual budget estimate of $12.2 billion for the ongoing fiscal year. In December, the Government of Pakistan received $1.2 billion in foreign loans, counting $434 million from commercial banks, which are the most expensive loans. Out of the $5.7 billion, an amount of $2 billion or 36 percent of the total loans were on account of foreign commercial loans. Researchers reveal that Pakistan over the years has failed to collect enough revenues to finance its budget. Consequently, it has been facing the problem of twin deficits and resultantly to finance their developmental activities. Government of Pakistan has to rely on public external and domestic debt. The positive effects of public debt relate to the fact that in resource-starved economies debt financing if done correctly leads to higher growth and adds to their capacity to service and repay external and internal debt. They further reveal that the negative effects work by two main channels — i.e. debt overhang and crowding out effects. Presently in Pakistan nearly 87 percent of the foreign loans were for budget financing and building the foreign exchange reserves, which means that these have not been utilized for creating assets. The country received about $5 billion on account of budget financing and balance of payments support, which the government would be paying back after taking new loans as no revenue-generating assets were created through using those loans.

Statistics show that project financing was a mere $754 million or 13 percent, which should be a matter of concern for the government. The government received $434 million in new foreign commercial loans in December. Multilateral development partners disbursed $2.4 billion in foreign economic assistance in the current fiscal year. Amongst the multilateral development partners, ADB (Asian Development Bank) provided $1.1 billion and the World Bank (WB) disbursed $744 million. The government was following the debt and fiscal strategies which were same to the strategies adopted through the last government. Because of strategies, the central government debt crosses 11.5 percent to Rs 35.8 trillion on an annualized basis at the end of November 2020. The experts record that the change in public debt under the present Government of Pakistan is because of the correction of flawed economic strategies of the last government, mainly its overvalued exchange rate and excessive borrowing. It is also said that a large rise in public debt has resulted from the abrupt exchange rate depreciation, which was inevitable because the overvalued exchange rate triggered a balance of payments crisis. Public debt grew by Rs3 trillion because of currency devaluation. The government is focusing on reducing foreign debt as it is a big burden on country’s economy saying that the volume of debt increased due to devolution of Pak rupee and not the government taking extra loan. It is said that the present government did not borrow even a single penny form the State Bank of Pakistan during the last one and half year, while no supplementary grants was provided. SBP decided to sustain the policy rate at 7 percent, as per market predictions. However, the statement cautions that notwithstanding favourable growth and inflation developments considerable uncertainty remains around the outlook chiefly sourced to pandemic Covid-19 with an emphasis on external shocks. 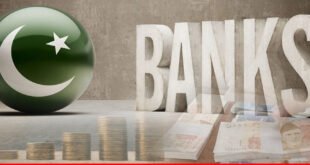