Home / Infographics / Passing the Torch: Olympics Fall Out of Favor in Japan

Passing the Torch: Olympics Fall Out of Favor in Japan

According to a survey published by Kyodo News, the Japanese would rather pass the torch on the next Olympic Games, scheduled to be held in Tokyo starting July 23, 2021. 80 percent of respondents questioned in January said that they would rather see the games canceled or postponed once more. When the survey was last carried out in July, the rate of people rejecting the 2021 Games was still at 70 percent.

As part of the same July survey, three quarters of objecting respondents gave as their reason that the virus could not be contained soon enough. As Tokyo and three surrounding prefectures are once again under a state of emergency because of rising COVID-19 case loads, they might end up being right.

In July, 12.7 percent of objecting respondents had said that the country should concentrate on fighting the virus instead of the organization of the Games. An additional 5.3 percent had said the cost of the event was too high in general.

The upcoming Summer Olympics, which were originally scheduled to take place July 24 to Aug 9 of 2020, prompted a construction frenzy in the capital and were supposed to up Japan’s international visitor numbers to an annual 40 million to make up for investments. With hotels empty, tourist arrivals basically non-existent and the country in a recession since of Q1 of 2020, the Japanese are wary of the risk associated with a large event as well as the additional money spent, which might not be recouped in the current circumstances. 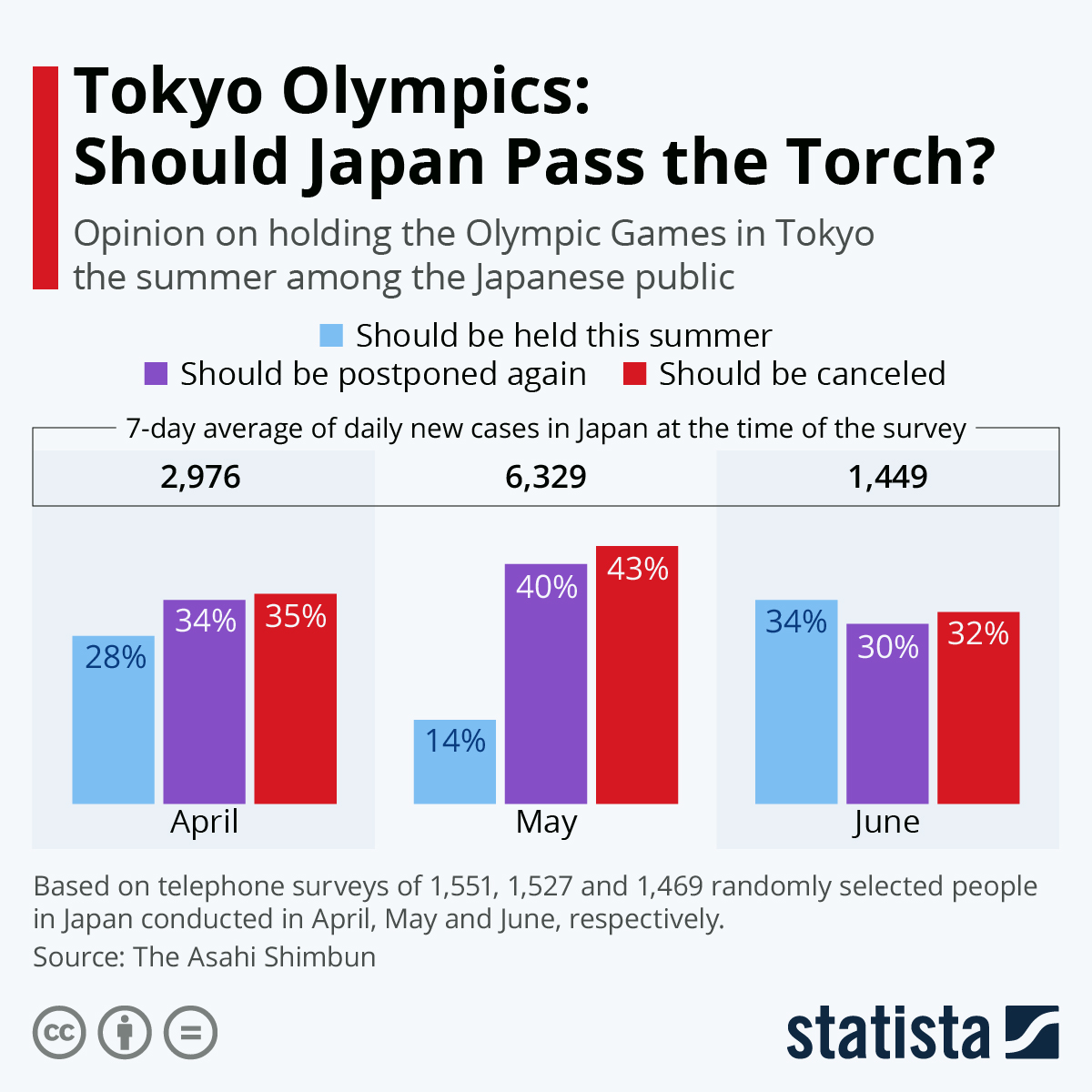