Home / Interviews / Year 2021 will replace negative expectations with positive ones

Year 2021 will replace negative expectations with positive ones

Mr. Barkatullah Lone is Chairman of GB International Economic Forum and a renowned Economist of Pakistan. He is a Chartered Management Accountant and Chartered Certified Accountant from UK, Chartered Global Management Accountant from the USA, Gold Medalist Management Accountant and Public Finance Accountant from Pakistan plus he holds master’s degree in Economics and Law from Karachi University. He has been associated with the corporate sector in Finance and Audit profession at various positions (CFO/GM Finance/Chief Internal Auditor/Finance & Accounts Manager) for the last many years. He has rendered his professional Advisory/Business Management/Finance/Audit/Accounting services in Pakistan as well as abroad. Simultaneous with his Professional Job career, he has been appearing at various Local and International TV channels as Economic & Financial Analyst for the last eight years. His Articles on Economy and Finance are also published in various reputed global magazines.

Currently, Mr. Barkatullah is associated with a Conglomerate Large Corporate Organization (Expertise Contracting Co Limited) in the Kingdom of Saudi Arabia. He has been playing a pivotal role in streamlining the Business Processes and uplifting the Corporate Governance of this organization for the last two years. Mr. Barkatullah has vast experience of System Development and establishing Internal Controls therefore he is targeting to accomplish it in his existing organization in the next one year.

PAKISTAN & GULF ECONOMIST had an exclusive conversation with Mr. Barkatullah Lone about the impact of coronavirus on the economic growth as well as the current state of the economy and the industry. Following are the excerpts of the conversation:

In terms of GDP growth, year 2020 has been the worst year for Pakistan in the last around twenty-five years having the least growth of lesser than 1%. We can’t blame Covid-19 only for this too poor economic performance instead the government’s in-efficiency has also played a pivotal role in the massive slowdown of economy. When PTI took over in the year 2018, Pakistan’s GDP growth was 5.8% which has shrunk to below 1% which has exposed the PTI government badly. Year 2020 has been horrible in terms of Inflation as the poor has suffered heavily due to hyperinflation not only in year 2020 but also from the day the current PTI government has come into power. The government has not been able to give any sort of relief to the poor yet nor we see any direction in this regard. Government, under the leadership of Imran Khan, is endeavoring to overcome the economic crises but has failed in the last two and half years of its reign and I feel that the rest of the half tenure will also end just blaming the past governments and without showing any performance at economic front.

The outbreak of Covid-19 in the beginning of year 2020 affected the global economy including Pakistan industry as well. Major victim of it has been Pakistan’s Small and Medium Size Industry (SME’s). Most of SME’s have been severely affected and they are facing several issues such as financial, supply chain disruption, decrease in demand, reduction in sales and profit, among others. Besides, over 83% of these businesses were neither prepared nor had any plan to handle such a situation. Pakistan lost one-third of its revenue and exports dropped by 50% during lock down period but fortunately the lock down period did not last for long period else there could be massive disaster to Pakistan economy. Pakistan’s exports primarily comprise of textile products. These exports are down since the Covid-19 crisis started, with some orders even being canceled. All of this has negatively impacted foreign reserves and ultimately the currency value. In the long run, financial markets will also be negatively affected. Pakistan is blessed with a population of more than 220 million and major part of this population is young. GDP Per Capita of Pakistan is around $1,360 per annum, which is ranked 151st in the global ranking. In terms of total GDP, Pakistan ranks at 42nd in the global Index. This ranking can be taken as something very encouraging just because the quantum of economy is supposed to be large since Pakistan is the 5th largest country in terms of population. This 5th biggest country of the world has been facing economic and financial crises since year 1974 when the corporate units were massively nationalized by the then prime minister Bhutto. We saw some economic stability during General Musharraf era but this was temporary as the dollar was flooding to Pakistan against the war on terror. But the dollar received by Pakistan was four times lesser than the Financial Loss that Pakistan suffered during this period. Current state of Economy has worsened due to Covid-19 plus the inexperienced government that has no economic vision. The current government has no basic planning for all type of industries rather the economic matters are handled through firefighting manner which can be too disastrous to the already vulnerable Pakistan economy. We have been pointing out the government, but it has always turned a deaf ear to our advices. What can be worse in the current situation when the Economic growth of Pakistan has been the worst in year 2020 compared to the last twenty-five year

Honestly speaking, I see not much positive change in year 2021 as well keeping in view the government’s body language and the economic direction. PTI government is wasting all its energies in non-productive areas instead of focusing at solving the core economic issues of Pakistan. We had great expectation from PTI government, but it has disappointed the nation and the masses want to get rid of this inefficient regime. If you ask the government to show any performance in the last two and half years, they will tell that they have taken the ex-government officials to the task, but the misery is that not a single penny has been recovered through this accountability process yet. The only positive change that we expect in year 2021 is that the GDP growth in year 2020 will surely cross 1%.

Previous Year 2020 has solid figures to boost Pakistan economy ahead
Next Pakistan’s economy and industry faced tough covid year, but manages strongly into 2021 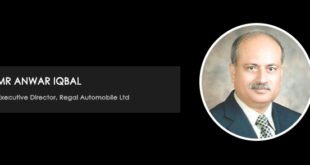