Highly criticized for its harmful impact on the environment, particularly by causing deforestation in the tropics and reducing biodiversity, palm oil remains the most consumed vegetable oil in the world and global appetite for it continues to grow. Nearly 30 million hectares were devoted to palm oil production worldwide in 2020, about ten times the size of Belgium.

Palm oil is predominately used in foods like chocolate and ice cream, but also bread or potato chips. More than 65 percent of palm oil is used in foods. At the same time, industrial uses, including the production of bio fuels and cosmetics, is constantly expanding and now accounts for 31 percent of total consumption (compared to 21 percent in FY2007/08). 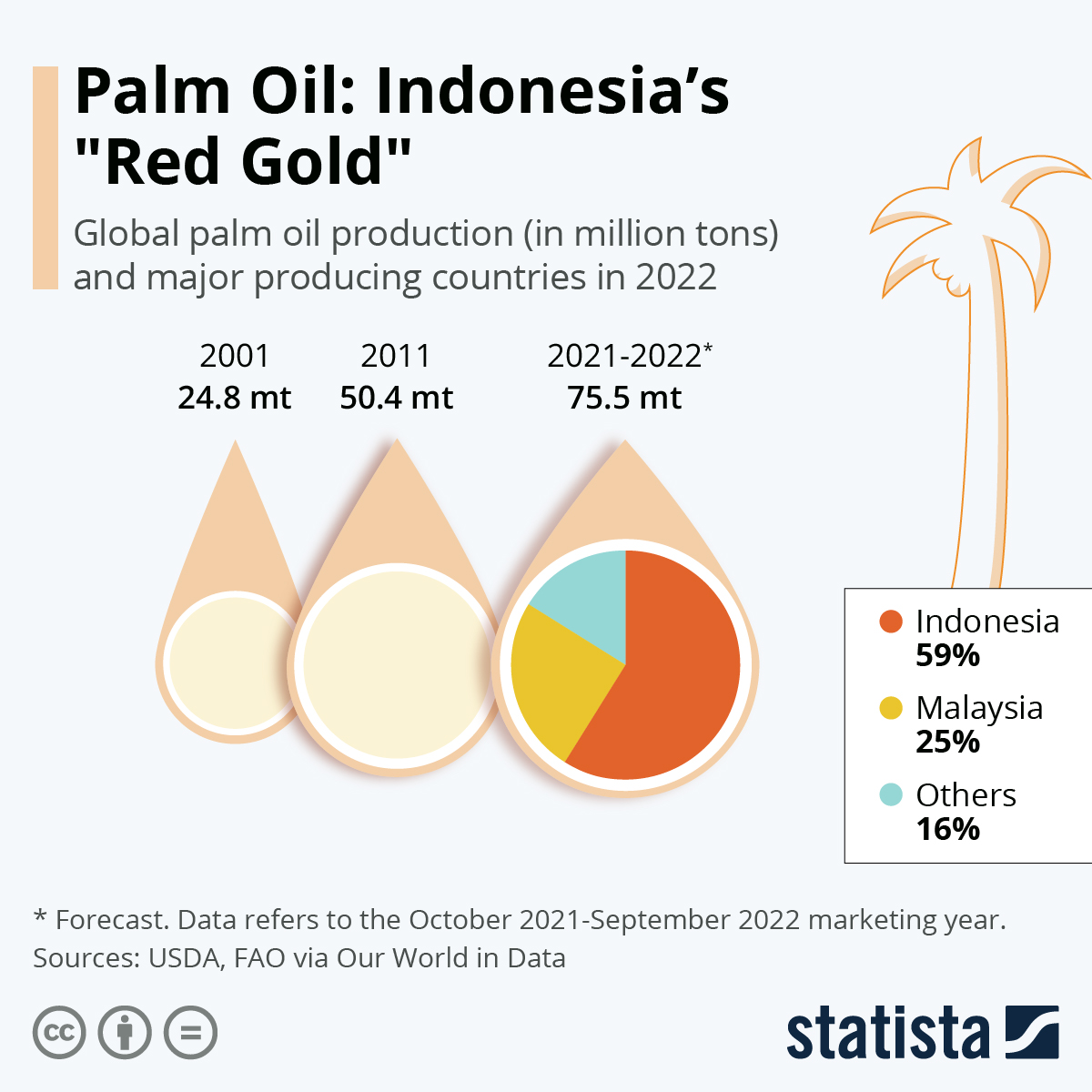