Home / This Week / Research / IT sector: a key factor in economic contribution

IT sector: a key factor in economic contribution

International research reveal that science, technology and innovation no doubt have become main factors contributing to economic growth in both advanced and developing states. In the knowledge economy, information circulates at the global level by trade in goods and services, direct investment and technology flows, and the movement of citizens. The Research also identify that the Information technology (IT) has been at the heart of economic changes for more than a decade. This sector plays a significant role, notably through contributing to rapid technological progress and productivity growth. The Companies use information technology to organize transnational networks in response to global competition and the growing need for strategic interaction. As a consequence, multinational companies are a primary vehicle of the ever spreading process of globalization. It is also recorded that the power of economic competitiveness of any country depends on the productivity of this sector. IT sector in Pakistan has to harness the potential arising out of the digital shift because of the pandemic and achieve $5 billion export target through the end of FY23. The measures taken through the IT ministry was moving on the right track and it was witnessed with the rise in exports of Information Technology & IT enabled Services (ITeS) in the present fiscal year. It is recorded that the remittances from the exports of computer services and call centre services amounting to $648.940 million during July-November of present fiscal year, showing a growth of 38.16 percent over the last years. Furthermore, the growth has come on the back of various initiatives counting abolishment of registration fees by the Pakistan Software Export Board (PSEB) registration for IT & ITeS companies, counting call centers and IT start-ups belonging to under-served areas of Pakistan. This step has led to growth of IT industry in under-developed areas of Pakistan and was bringing the IT firms from secondary and tertiary cities into the mainstream market.

Sources also recorded that incentives already given to the industry include zero income tax on IT and ITeS exports till June 2025, tax breaks for the PSEB-registered IT start-ups for 3-year, up to 100 percent foreign ownership of IT and ITeS companies, up to 100 percent repatriation of profits for foreign IT and ITeS investors, tax holiday for venture capital funds till 2024, among other incentives. Pakistan exports IT products and services to over 100 countries. PSEB is being restructured as a front leading worldwide business development and marketing organisation, which would assist in the development of this industry and human capital behind the borders, and generates demand from beyond the borders. Statistics showed that the exports of IT and related services surged around 39 percent during the first July-November of the present fiscal year. Pakistan is home to one of the world’s largest community of freelancers with a large number of individuals providing knowledge services to countries around the world. Despite, Pakistan’s IT-rel­ated exports have a lot of potential to grow. In Pakistan, with a rising consumer base of broadband internet, worldwide information technology firms are focusing on the country to enhance their business outreach through local partners and setting up offices for customers. Investment in this sector differs from other sectors because the IT segment is not only based on cash inflows but depends more on transfer of knowledge and technology also training of human resources. The US-based enterprise has presently introduced its business in the country. On the other hand, the Pakistan Telecom­munication Authority (PTA) proclaimed that the import of mobile devices via legal channels grew to 28.02 million sets in 2019 from 17.2 million in 2018, while thus far in the ongoing calendar year 2020 greater than 32.8 million devices have been imported. The PTA recorded that 175,000 devices have been blocked based on their IMEI number that were reported stolen through Dirbs, adding that the system has also identified and blocked 24.3 million fake or replica mobile devices and 657,645 IMEIs which were cloned or duplicated, since the Dirbs system began. Furthermore, successful execution of the system has led to establishment of 29 local smart phone assembly firms while smuggling and inflow of cheap sets have been contained. These facilities have produced over 20 million devices since 2019 with over 1.5 million 4G smart phones, the PTA claimed. Meanwhile, since the implementation of Dirbs, FBR has also collected a total of Rs 90 billion in custom duties during the period between Jan 2019 to Nov 2020. Moreover, the FBR has collected Rs9 billion under the individual category. In June 2020 the government of Pakistan also proclaimed a Mobile Device Manufac­turing Policy (MDMP) to offer incentives to local assemblers. Presently some assemblers operating under this strategy, or those about to make entry, have voiced concerns on lingering issues that remain unimplemented under the strategy. Pakistan has 169 million cellular subscribers, according to PTA statistics, of whom 85 million are 3G/4G subscribers. 3 million are basic telephony subscribers and 85 million more are broadband subscribers. The statistics is as of August 2020. The policy also assured removal of Fixed Sales Tax on CKD/SKD manufacturing of mobile devices also exemption from 4 percent withholding tax on domestic sales of locally assembled devices, but industry players say implementation of these steps has still not been completed. 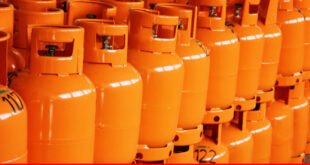