Prime Minister Imran Khan has launched a billion tree honey initiative hoping to raise the Pakistan’s forest cover with a focus on the production of honey while creating new green jobs and enhancing the Pakistan’s economy. Imran Khan revealed the country’s sweet ambitions at the launch ceremony saying the honey production drive would benefit the local community where the plantation will take place and “also assist enhance the environment, enhance exports, and create career opportunities for the youth. When local people will see the advantages and earn income, they will protect forests greater than anyone, he said. Furthermore, billion tree honey initiative intends to market 70,000 metric tons of honey to generate an income of around Rs43 billion and create almost 87,000 green jobs. Presently, an estimated 10,000 Pakistani beekeepers are using 300,000 colonies for producing 7,500 metric tons of honey yearly. 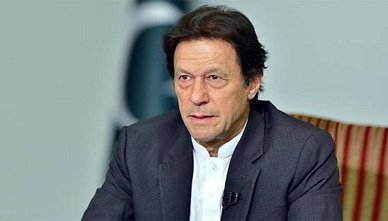 The project aims to produce 70,000 metric tons of honey through introducing modern beekeeping gear, training on the latest techniques, standardisation and certification of the product and intensive marketing. The beekeepers will be trained and proper branding and quality certifications will assist enhance the value of the country’s honey in the global market, said Prime Minister’s Special Assistant on Climate Change Malik Amin Aslam. Agreements were also inked among various organisations at the ceremony to promote beekeeping and tree plantation in Pakistan. The project, which is part of Clean and Green Pakistan, aims to promote environmental awareness by multipurpose bee forage plantation and empower communities on improved beekeeping practices and honey production. Under the project, the plantation of trees including Kao, Phulai, Ber, Kikar and other bee flora will be encouraged. A mechanism would also be introduced to support bee flora, enhance the quality of honey production, provide livelihoods and support to beekeepers.

On the other hand, sources recorded that honeybee keepers in Khyber Pakhtunkhwa (KP) have been hit hard through the coronavirus pandemic, leading to almost 60 percent reduction in the production of honey.

All Pakistan Beekeeper Exporters and Honey Association (APBEHA) said Profit that the provincial honey business because of lockdowns across the country. Beekeepers could not transport bees to areas with more flowers to collect nectar because of which 20 percent of them died while 40 percent were not able to produce honey due to weak health. It is said that all medicines needed to cure bees were imported from China, however, imports had stopped for many months which also affected honey production. Similarly, exports to Gulf countries, which usually take 80 percent of KP’s honey, were reduced to 40 percent because of lockdowns which incurred losses to not only the people involved in the business but also to the national exchequer. Sources also recorded that the second-largest export market from Khyber Pakhtunkhwa’s honey is Afghanistan where exports were also damaged due to administrative and border management issues and border closures.