Under Prime Minister Imran Khan’s “Naya Pakistan” the revival of pro-poor housing facilities initiative is a ray of hope for the lower-middle-income groups yearning to live a dignified life in their own shelter. Unlike the previous regimes, the present government of Pakistan explained strong commitment and launched comprehensive efforts for offering 5.0 million housing units to the low-income group in pursuance of the government of Pakistan’s manifesto. To attain the objective, the Federal Government Employee Housing Authority (FGEHA) has been tasked which already introduced dissimilar schemes in line with the targets set through the government. 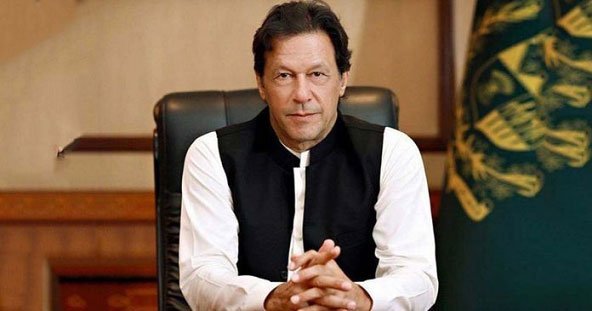 The authority is pursuing joint venture on private land, government to government programs on government land. The condition was not ideal as the state was already facing financial crunch, but Prime Minister Imran proved himself as ‘Man of Commitment’ and no obstacle on his way could deter him from facilitating poor in Pakistan. Imran remained personally engaged through chairing meetings of Naya Pakistan Housing Development Authority (NPHDA) and getting regular updates on the project. This unflinching commitment and untiring efforts of the Prime Minister made way for materializing a dream that was apparently a far cry for his political opponents.

Imran Khan stood firm to his commitment made in the manifesto to start this mega and flagship project leaving his rivals in dismay and with no cause to criticize him anymore. The present government of Pakistan revived various impeded projects including Green Enclave-I Bhara Kahu project in December 2019 to allot 3,282 plots to the applicants. The authority allotted 5,198 plots under Sky Garden project after its revival in July 2020 and allotted 3,240 plots under Lifestyle Residency Apartments G-13 scheme. PM Imran Khan inaugurated Kashmir Avenue G-13 Islamabad scheme under to build 1,467 apartments; 3,432 apartments to be built under Chaklala Heights Rawalpindi scheme, 3,945 apartments under SkyLine Apartments Islamabad scheme and 1258 under Lifestyle Residency Lahore scheme. Furthermore the federal government inked MoUs with provincial governments under government to government housing schemes projects targeting (798 apartments) in Azad Jammu and Kashmir, 16,000 apartments for fishermen, 18,000 apartments and 12,000 plots for general people in Balochistan 750 apartments in KPK. The Government would spend almost Rs18 billion during the current fiscal year for physical planning and housing programs. Despite various problems, the present government is striving to provide low cost houses to the deserving people under Prime Minister’s vision to develop Pakistan on the model of Madina Welfare State. In order to boost the housing and construction activity, the incumbent government proclaimed heavily incentivized relief package for the construction industry during COVID-19 pandemic which was bearing fruit. According to Federal Board of Revenue (FBR) statistics, during last month a total of 127 construction projects have been registered valuing Rs.63 billion. Moreover, 108 persons were also in the process of registering 114 projects costing Rs109 billion. Among these projects, as many as 61 would be developed in Karachi, Lahore 44, Islamabad 30, Rawalpindi 19, Faisalabad 10 and rest from other cities. The Construction industry package included tax incentives, waivers and subsidies in sales tax, capital gain tax and withholding tax. Fixed tax at rate of per sq yard or per sq meter will be charged from investors. Those investing in Naya Pakistan Housing Program will be given 90percent rebate in fixed tax. The package contained subsidy on 5.0 and 10 marla houses, allocation of 5 percent banks’ financing for house-building and a one-window operation to facilitate builders. A subsidy of Rs 30 billion has been allocated initially for construction of affordable houses for middle and lower classes under the Naya Pakistan Housing Project.

The National Coordination Committee is working hard to remove hiccups in the process relating to the State Bank of Pakistan and commercial banks on house-building finance. The number of No Objection Certificates (NOCs) has been reduced besides a web portal for one window operation. The Housing Authority would assist address Pakistan’s annual requirement of 400,000 units. Prime Minister Imran Khan has stressed for offering all kinds of facilitation to poor people in getting bank loans and chiefly taking care of their self-respect.