The leading consumer brands of Pakistan

The Pakistani government has invested heavily in port development and infrastructure construction in recent years, the social economy has been greatly improved and the people’s living and consumption capacity has gradually increased.

In the following, we will describe the contribution of Pakistani domestic and foreign famous brands to the economy from the aspects of food, clothing, automobiles and electronic products:

In the food industry, the most famous brand is 14th Street Pizza which Pizza Hut occupies 65 of the local market. Now it has 27 stores. The successful reason is that its excellent customer service and food quality, and its diverse varieties are well received by the public. It is expected that in the next few years, Fourteenth Street Pizza will set its sights on overseas markets and continue to expand its influence. In addition, National Foods is also one of Pakistan’s leading spice and food manufacturers, becoming a certified supplier of McCormick, which an American spice and herb manufacturing brand.

Pakistan’s clothing industry is also booming, keeping up with the times and being loved by people all over the world.

For example, Chen One, one of Pakistan’s leading fashion companies, has opened seven stores in the UAE and Saudi Arabia internationally.

The leading menswear fashion brand is known for the revival of “sherwani” and is Pakistan’s first international menswear brand.

Amir Adnan is famous for the sherwani designs for Mr. Pervez Musharraf and Mr. Atal Bihari Vajpae, and currently has a branch in Dubai. FnkAsia is another brand under Amir Adnan, with a flagship store in the United States.

The emergence of e-commerce in Pakistan is not due to the intentional actions of the local government or international e-commerce giants, but more of a private initiative. With the increase in Internet coverage in Pakistan, residents’ online shopping needs are increasing day by day.

Ten years ago, the 22-year-old Indian computer engineer worked in Karachi, Pakistan. In order to distribute his spare electronic notebook, he sent an email to his friends. Unexpectedly, this e-mail was quickly and widely spread, and enquiries from other cities in Pakistan ensued. He saw the business opportunities and market potential, so he invested 25,000 rupees to establish an electronic product retail website called Symbios. This is the first e-commerce company in Pakistan.

Eight years ago, Pakistani young man Dahir wanted to buy an iPod on Amazon.com, but was told by the American multinational e-commerce company that electronic products could not be sold to Pakistan. Disappointed, Dahir was determined to replicate the Amazon model to Pakistan. Today, the Homeshopping.pk online mall he opened has an average of 500 transactions per day and 65 employees.

Today, there are more than 100 online stores in Pakistan. The products traded online include mobile phones, cameras, clothing, shoes and jewellery. In recent years, Pakistan’s telecommunications industry has developed well. In addition, with the development of the local economy and the improvement of people’s living standards, the citizens’ demand for mobile Internet access has increased, and the number of mobile broadband users has continued to increase. Smart phones make it easier to access the Internet and make it easier for people to shop online. The utilization rate of smart phones has also grown rapidly, with approximately 9 million users.

Pakistan has a population of nearly 200 million people, making it the sixth most populous country in the world. However, due to the impact of the overall economic environment, the automobile industry is relatively backward, which resulting in the low car ownership rate in Pakistan, with only 17 cars per 1,000 people. Though the entire industry has not been well developed, the prospects and potential are huge. 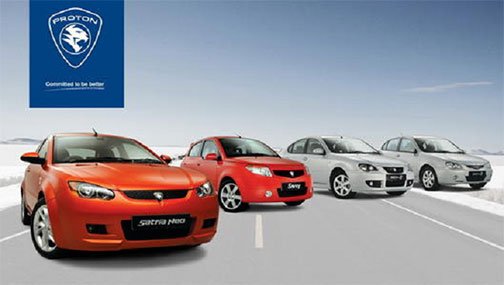 According to the agreement, it is expected that by the end of 2020, the first batch of Proton cars produced at the Pakistan plant will be launched as scheduled. In the next three years, this achievement will create 2,000 direct employment opportunities for the local area and 20,000 indirect job opportunities.

The establishment of a factory in Pakistan not only directly promoted the local industrial manufacturing and economic level, but also greatly helped the development of Proton and the revitalization of the Malaysian automobile industry. Practice has proved that talented Pakistanis may defeat multinational companies with aggressive marketing strategies and equal quality. Once the China-Pakistan Economic Corridor and the nine manufacturing special economic zones have solved the current power and infrastructure problems, it will become more convenient for development of manufacturing and trade of Pakistan.

The article is written by Vaedy Xiao, a blogger from Fote Mining Machine Manufacturer.

Pakistan ranks poorly on financial inclusion side, as according to SECP’s own data, only 210,000 …