Prime Minister Imran Khan rubbishing the mindset doubting the patriotism of dual nationals, said Pakistan should better create conducive conditions for the expatriates to tap that valuable asset. “I can’t understand why the people label the dual nationals as traitors. They just went abroad as we could not give them jobs. Now as they have qualified (in their fields) abroad, we don’t have matching jobs for them here. They are an asset for us. We will just have to facilitate them,” the prime minster said while addressing the launching ceremony of Roshan Pakistan Digital Account. An initiative of State Bank of Pakistan (SBP), the Roshan Digital Account offers innovative banking solution to millions of non-resident Pakistanis enabling them open bank account in Pakistani banks remotely by digital and online process. The facility will assist the expatriates pay utility bills, send remittances, and invest their amount in various existing and upcoming schemes. Imran Khan said the overseas Pakistanis are the best minds, professionally competent and successful businessmen but calling them as ineligible for any public office was unjustified. Even, he said, the people immediately moved to court to challenge their appointments. He quoted the example of Dubai where the hospitals, airlines and even police services were led by foreigners. But realizing their potential and competence, Shaukat Khanum engaged the expatriates who run the specialized health facility successfully. He viewed that the expatriates were even more patriot than those in Pakistan because while facing the Islamophobia and other issues abroad, they realized the real worth of freedom back at their homeland. Prime Minister Imran Khan also congratulated SBP and Finance Ministry for launching the initiative and said the success of Indian and Chinese economies started with the investments by their expatriate communities. It is said that the digital bank account facility was the first major initiative to open up opportunities for the expatriates to invest their capital in ML-1, Diamer Bhasha, housing projects and above all the newly planned cities of Ravi Front Urban Development Project in Lahore and Bundal Island in Sindh. While recounting the issues inherited through the government, Imran Khan said half of the collected revenue went to pay off the debt which necessitated the wealth creation to raise revenue collection. He said the construction package proclaimed through the government would create the economic activity. He said the exports were on surge to fill up the $ 40 billion trade deficit and Roshan Pakistan Account would attract the investment from abroad to assist appreciate the rupee value. On the other hand, Finance Advisor Abdul Hafeez Shaikh said the facility would make the expatriates to contribute to the national development. He said the government of Pakistan had drastically brought down the expenditures, and remarkably reduced taxes and duties on raw materials, besides announcing the relief package worth Rs 650 billion to support the businesses impacted through the COVID-19. He said under the construction package, almost 90 percent taxes had been waived off to support the low-income group, which was giving dividends in the form of enhancing economic indicators.

On the other hand , Imran Khan said that his country’s economy was closely aligned with that of China’s. The way we look at it, our economic future is now linked to China. China is growing at a faster pace than probably any other country. The Government of Pakistan can really benefit from the way China has developed the way it has lifted people out of poverty. It is also recorded to note that Khan denied ever criticising CPEC, a project that includes the construction of power plants, roads and rail networks. Pakistan’s economic managers see CPEC as pivotal for the Islamic republic’s financial stability. With greater than $60 billion in investments over the next few years, it is predicted to assist boost economic growth and create much needed jobs in a country of 210 million people. While critics fear that Chinese loans will lead Pakistan into a debt trap, Khan’s government has stayed committed to the project. Pakistan doesn’t want to be seen siding with one camp or the other. It is also said that Pakistan wants to have both ways. It wants to maintain a deep alliance with China all the while maintaining workable relations with the US to allow for a degree of commercial cooperation. 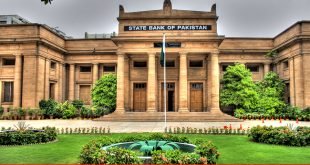