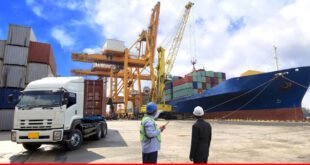 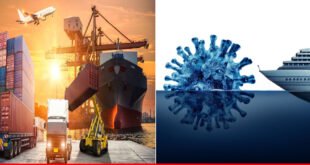 Dr. John P. Holdren (Advisor on S&T to US President Barack Obama for his double term in office and who has been a distinguished faculty at Harvard and Berkley for over two decades) believes that there are two ways a society can get into trouble with “energy“: either not having enough of its endowment or having it but the socio-economic and environmental cost of accessing it moves beyond its reach. Perhaps, what Dr. Holden did not expect was that a society can have sufficient endowment of energy supplies but lack of vision and ill-conceived policies of its leaders can still push the energy out of the reach of its people and economy. Our current situation in Pakistan with respect to energy and electricity is a classic case in point.

Energy, we all now, is lifeblood to modern society. The quantum of energy required for producing a specific unit of economic output can be contested, but what is not in dispute is that access to some level of affordable, secure, and sustainable energy supplies is inevitable to fuel the economic engine and keep the lights on. Electricity, a derived form of energy, is considered a superior energy career due to the versatility of services it can power, flexibility and ease with which it can be controlled, and cleanliness it affords in most applications. As societies progress and their incomes rise, people in general switch over from other traditional and conventional forms of energy to electricity. Therefore, though not an absolute measure of it, electricity consumption per capita can be considered a reasonable indicator of economic development for any country. Pakistan’s 1,250 US$ per capita annual GDP is only 11% of the world average, 3% of that of the developed countries, 16% of that of China, and 46% of that of its Asian neighbors. So, Pakistan currently faces abject poverty, both in terms of development and energy consumption. Energy poverty may not be the exclusive cause of our poverty, but it’s certainly among the key factors because access to affordable and reliable energy supply and in particular that of electricity enable a decent standard of living for people and drives the engine of economic development.

The issue of energy and electricity prices in Pakistan and how these compare with other countries in the region or those in developed countries is deliberately avoided as such comparison could be irrelevant and, in fact, misleading. A host of factors make the price of energy in one country affordable but punishingly high for another. A key consideration is the portion of monthly income a family has to spend on basic energy needs or how seriously it affects the competitiveness of a commercial or industrial product. From that perspective, the prices of commercial fuels and electricity in Pakistan are certainly high and getting out of reach for most consumers.

The problem with energy poverty is that it stifles both human growth as well as economic development. Energy prices, if exceed beyond the affordability limits of citizens (normally considered below 10% of their monthly incomes) adversely impacts their quality of life, compelling them to make compromises on food, education, and health. This also forces them to use traditional fuels which seriously affect their health and safety. Lack of energy at reasonable prices to agricultural consumers, commercial businesses, and industries also compromises the competitiveness of their products, forcing them to seek inefficient alternatives, shift elsewhere, or in extreme cases, closedown. It is, therefore, critical that we look deep into the causes of our energy poverty and take measures to ensure that affordable, reliable, secure, sustainable energy supplies are ensured for our people and economy.

However, without dwelling on the past as to why we are energy poor and who is responsible for it, we will make a note, in passing, of the futility of continuing on the existing approach to managing the energy sector in Pakistan and offer a sketchy outline of an alternative approach that holds a great deal of promise in turning our energy poverty into at least self-sufficiency, if not affluence. The focus of discussion will be the power sector for electricity’s being the key energy carrier even now and the increased importance it is destined to acquire in the future.

The primary cause of our energy (electricity) poverty in the past which continues to haunt us is our over-reliance on centralized power supply and delivery system based largely on imported technologies and fuels which is inherently capital-intensive, inefficient and wasteful, and risk-prone. This approach has failed to deliver and has been the source of frustration and agony as it has led to electric supplies which are prohibitively expensive, inequitable, and unsustainable. While one can seriously debate the viability of this approach in Pakistan in the past, let’s forgive our past leaders as they might have just followed in footsteps of the world. But, there is no excuse for continuing on the same path in the future as it will inevitably lead to financial ruin, not just for the power sector, but for the whole economy too.

The traditional approach to managing the power sector essentially consists of aggregating consumers’ forecast demand within the country and meeting it through a least-cost sequence of generation and transmission and distribution (T&D) capacity additions. As bigger was always better (more efficient) and cheaper too (economy of scale), it made sense to develop generation projects as large as practicable closer to sources of their primary energy supplies, or away from population centers for high-risk nuclear plants. Load centers hundreds of miles away could be served cost-effectively via T&D lines because the extra capital and operating costs of maintaining generation reserves and transmission, and delivery systems were largely off-set by the savings they provided. These approaches have now lost their rationale in the wake of disruptive market forces that have put small-scale, distributed, and renewable power generation options on a head-to-head competition with their large-sized conventional competitors.

By weeding out fossil fuels based generation from the system, adding renewable generating technologies, and increasing the share of hydro and nuclear plants may bring some symptomatic improvement to the power sector but will not cure the serious disease that ails it. Adding hydro plants in the grid is desirable, but their development is location-constrained which may be far away from the loads they can cost-effectively serve. Large hydro project are capital-intensive and involve long gestation periods and have their own specific environmental issues such as dislocation of local communities and adverse impacts on the surrounding ecosystem. Nuclear plants are also capital-intensive, constrained by their location, and suffer from a host of potential risks and unresolved issues relating to safety and safe disposal of nuclear waste.

Our decision-makers’ recent love affair with utility-scale renewable generating technologies also may not lost long, as when reality sets in, they will have to grapple with issues of connecting renewable generation from resource-rich remote locations to serve distant urban centers, adding the requisite flexibility in the grid, and maintaining adequate backup by either conventional plants or storage of some kind. All of this, obviously, will not come without cost which if incorporated in the total cost equation may make them equally expensive as the conventional plants are, if not more.

Fortunately, our present decision-makers do not face the same limitations of choice of technology, size, and fuel, and the typical medium to deliver the electricity produced to end users. The world’s energy market had taken a favorable turn lately, opening up a historic window of opportunity for them. Small power plants have emerged that beat the cost and performance features of large plants. Renewables, even without government support, are proving competitive. Deployment of intelligent and smart devices and meters in the grid are unlocking new opportunities for squeezing more value from existing assets and also for demand response and management. Affordable and modular battery storage technologies are enabling consumers to reduce, and even eliminate, their dependence on grid supply. Electric vehicles (EVs) are also opening up new vistas due to their dual role as loads well as sources of supply. Choices are, therefore, in abundance.

In this changed energy landscape, our leaders need to make a fundamental transformation in the way we produce and deliver electricity, essentially turning it on its head, from its current “top-down” to a new “bottom-up” approach. Planners must strive to serve the future electricity demand as much as possible at the source of demand, from a nearby location, or from the central grid whichever after proper evaluation proves most feasible. In addition to avoiding a substantial portion of capital and O&M costs required for keeping excessive and now-unnecessary reserve generation and transmission facilities, it will also help avoid excessive losses in the entire system.

These distributed electricity supply options and their deployment will lead to a range of additional benefits. We take one example just to illustrate the point. The latest Indicative Generation Capacity Expansion Plan for 2020 to 2047 (IGCEP2047) submitted by NTDC to NEPRA for approval envisages addition of 50,000 MW of new generation capacity to cater to peak demand of 44,000 MW and 6,500 MW of existing capacity to-be-retired by 2030, raising the total installed capacity in the NTDC system to 76,000 MW. The cost of the new capacity additions is estimated around $40 billion. Add to it the costs for T&D systems and the total cost will top $65 to 70 billion. IGCEP2047 contemplates maintaining roughly 70% “reserve margin” (excess capacity required on top of peak demand as a fraction of peak demand) to cover errors in forecasts, potential forced outages of central-station power plants, and intermittency and variability of the government’s 30% by 2030 target for renewables. Even if we can defer or avoid half of this cost that distributed generation at or near an end-user can help avoid in the system upstream, we can hope to save the nation over$30 billion over the next ten years.

Add to these the additional benefits that distributed generation, conventional or renewable, can provide us. It will contribute significantly in making the electricity “affordable” for consumers by eliminating a substantial portion of the costs that may otherwise be incurred in building and keeping reserve generation and associated transmission systems. The resulting affordability will benefit consumers directly by improving their quality of life and indirectly by creating increased job and business opportunities for them in their areas. Distributed supplies will also enhance the “security” of supply in traditional terms and also by reducing risks of sabotage or terrorism that mega projects will always carry. Distributed systems will also contribute to “sustainable” energy supplies by virtue of their reliance mostly on natural renewable energy flows and technologies, skills, and support that can easily be developed within the country.

Using Russell Conwell’s assertion “Acres of Diamonds” may already be there in our own backyards and in abundance also. The key issue, however, is “can our leaders and decision-makers, who are currently trained to look for mega and grand projects only, retrain their eyes to discover these hidden treasures in small places that are scattered all over the country?” Only time will tell.

The writer is a freelance consultant, specializing in sustainable energy and power system planning and development. He can be reached by email at:  [email protected]
Share 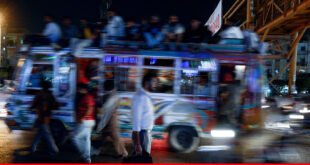