Both American Airlines and Southwest Airlines saw their share price sinking in early trading on Thursday after reporting second quarter results that show the devastating impact of the coronavirus pandemic on passenger airlines.

The industry has been hit particularly hard by the COVID-19 pandemic, with each of America’s four largest carriers losing between 44 percent (Southwest) and 69 percent (United Airlines) of their stock market value within a month between February 20 and March 20. After recovering some of the losses in late March, airline stocks went into steep descent again, bottoming out on May 15.

As the outbreak seemed to be under control in late May, and passengers gradually returned to the skies, airline shares took off, with American, Delta, United and Southwest gaining 125, 93, 144 and 70 percent, respectively, between said May 15 and June 8. The recent resurgence in case numbers has dashed hopes of a quick recovery, however, as passenger demand remains far below usual levels. In its latest letter to shareholders, United Airlines said that it now “expects demand to remain suppressed until the availability of a widely accepted treatment and/or vaccine for COVID-19,” which could be well into next year. 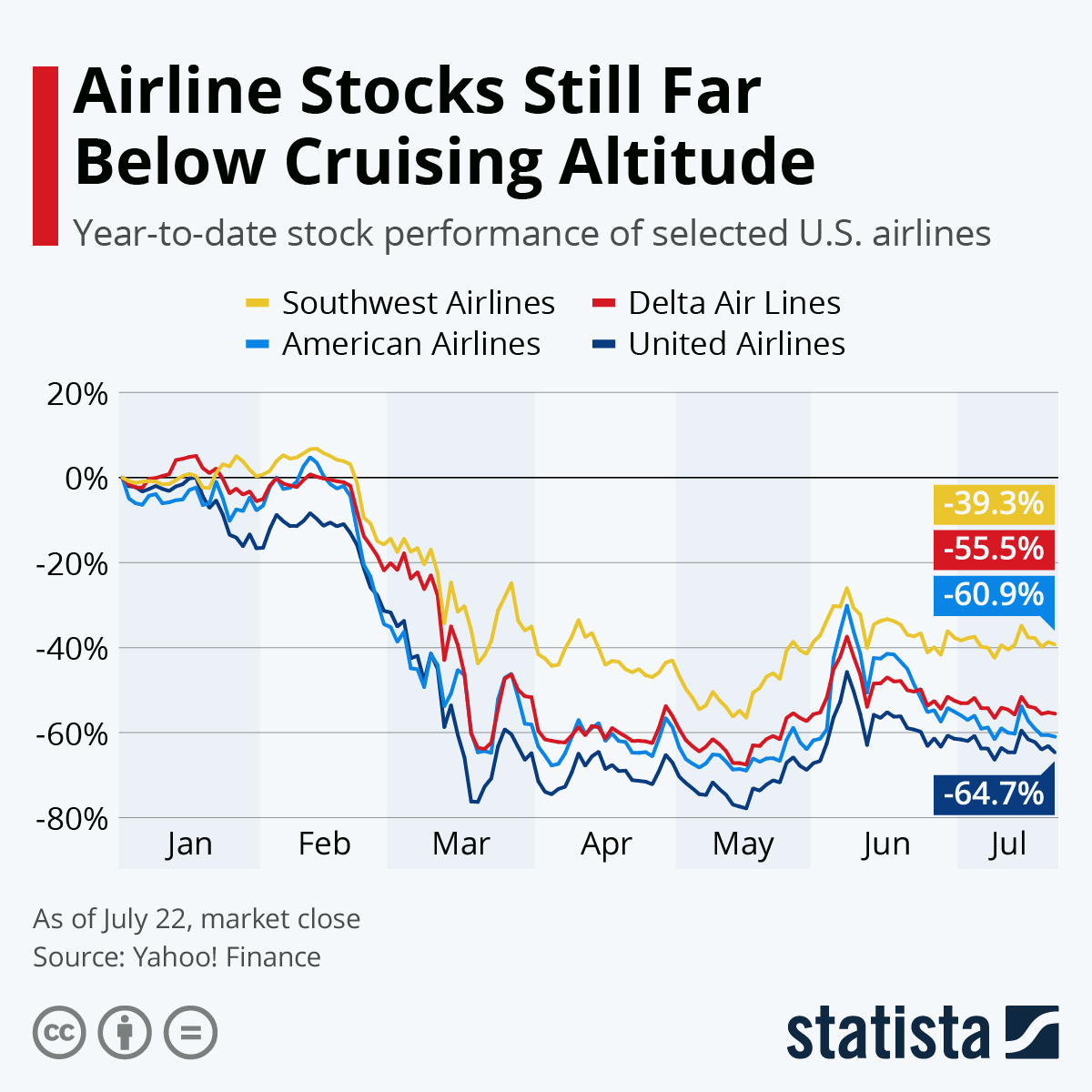