Home / Uncategorized / Where Most Investment Fund Assets Are Located

Where Most Investment Fund Assets Are Located

China moved up in the list of countries hosting most investment fund assets. As of Q1 2020, China could grow the share of global investment fund assets legally organized in the country from 3.2 percent in the previous quarter to 4.1 percent, overtaking the UK, France, Australia, Brazil and Japan. The Chinese market, which has only recently opened up fully to foreign companies, is attracting asset managers fast.

Brexit uncertainty is believed to be one of the reasons the share of investment fund assets located in the UK is diminishing. The country’s share was down from 3.3 percent in Q4 of 2019 to just 3 percent in the latest quarter. The UK’s share had been as high as 3.8 percent in Q1 of 2016, the fifth highest in the world at the time.

Investment funds do not choose their locales randomly, and some countries also do their best to attract funds to legally organize under their jurisdiction. Two examples are Luxembourg and Ireland, which despite their small sizes have attracted a considerable share of global investment fund assets. 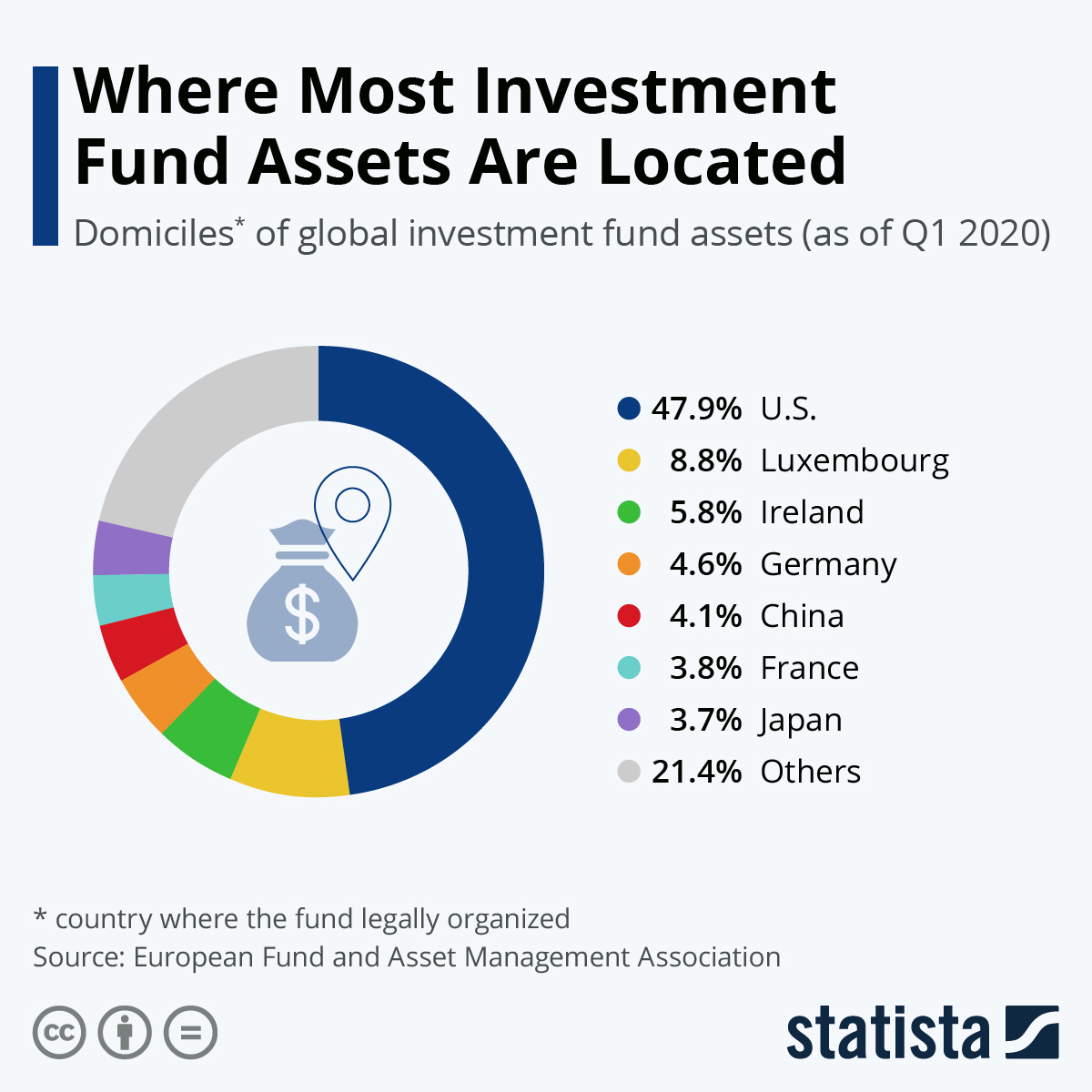