Home / This Week / Cover Stories / All roads lead to Beijing

All roads lead to Beijing

New budget under COVID-19: how to equip economy with gears

The year 2020 is unfolding a series of transformations for the whole world. The Covid pandemic is wreaking havoc across the continents while some countries are tackling the virus better than the others. China, Germany, New Zealand and Japan are few of the exceptions that have displayed remarkable versatility and acumen in the handling the outbreak. On the other hand, United States and European countries like UK, Italy and Spain have been devastated. The Covid pandemic poses a dilemma, on one hand the lives of human beings are at stake which can be saved through lockdowns, but on the other hand, the economy takes the hit for the lockdown. The US has failed to safeguard both. The vulnerability has unveiled a cold war between China and the United States. Beijing is determined to assert its right to prosperity and global leadership. Many countries are in a fix to choose a winning side. The battle for hearts and minds of the world leaders has begun. One Belt One Road is being seen a threat by the US, India and NATO countries, South China Sea Dispute, Hong Kong and Taiwan are being painted with red light to discredit China but it seems, for now, all roads lead to Beijing. 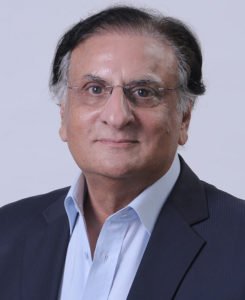 The US Government and the think-tanks funded by the Republicans are calling the Chinese initiative to connect Asia, Europe and Africa in a single trade route as a Trillion Dollar Blunder. It is being argued that the projects under OBOR will never pay off. These projects will only add to the bad debts for the Chinese Government. The maritime and railway networks for OBOR will be too expensive and in the end, the return on investment in these projects will not suffice up to the mark. It is also the talk of Washington Press that OBOR is a political move and it is one which has not been considered on financial footing. Another, objection that was raised in the media is that China is still a middle income country and spending vast sums of financial resources on projects that may or may not deliver, will lead to the economic downfall of China. The aggressive stance by US and India towards China is set to add to the pressure on Beijing to re-consider its plans for the future of OBOR. These key points are a formidable bastion against OBOR, each of these needs to be analyzed meticulously.

China’s success in OBOR cannot be gauged in only financial or political terms but in regional foundations. China is not embarking on an investment, but a geographical connectivity. It would be ludicrous to consider it as a means of earning more money, OBOR is deeper than that. Many centuries ago, this trade and connectedness was called the “Silk Route”. This route was the basis of massive commerce and connection between three major continents and all nations living in them, that is, Asia, Africa and Europe. The Asian parts largely include Middle East as well. Due to the colonial incursions of Europe and particularly British forces, the silk route was disrupted. Now, China is not embarking on a new venture, it is simply reviving the centuries old trade and diplomatic route. But this time, it is being done under the flag of Chinese Government. Unlike British East India Company, OBOR is a venture to expand, connect and progress. Analysts across the world are calling it “the win-win” proposition. China is an expanding giant of a country that is hungry for inflow of resources and materials and then, the outflow of manufactured products. Countries of Asia, Africa and Eurasia are in dire need of solid investment. China can be relied upon. China gets the resources it needs and can free itself from the trap of Malaka straits. The Middle East countries, rich with oil, can acquire a market where mineral resources can flow in and cheap, affordable goods can be acquired, an alternative to expensive European and Western markets. There is not a single developing country which would not wish to join the level of economic activity and progress offered by OBOR. Along with commerce and trade, OBOR brings itself the promise of diplomatic ties to the next superpower of the world.

In order to sabotage China’s efforts and will to make OBOR succeed, countries like US and India have undertaken several diplomatic sabotage missions. The first among them is the disruption in Hong Kong. The age old model to stir riots leading to deaths caused by enforcement agencies, leading to more upheaval has failed. There will be future attempts but Beijing is determined not to let it loosen the grip in the area. Donald Trump has repeatedly attacked China over its trade policy. Chinese exports to the US have been banned or taxes on the goods have been enhanced manifolds. China has responded by doing the same but it must be kept in view that the US is under debt to China with over one Trillion Dollars. Similarly, a hostile environment has been created in the United Nations on the South China Sea Dispute but China has affirmed its commitment to International Law and the defense of its rights. Conversely, when China held the OBOR conference in Beijing, more heads of states, leaders, businessmen and important personalities across the world came to attend than an International event of the United Nations. Such is the appeal of the Chinese OBOR project. The EU has formed a formal body to assess the situation and come up with a profitable proposition so that European countries can benefit from OBOR. It seems the narrative by the United States Government has failed.

Meanwhile, India took a hostile stance and tested the waters by changing the status of Indian Occupied Kashmir and Ladakh region without any International consultation. China showed no sign of weakness and recognizing the threat has escalated the military engagement at the Line of Actual Control. In June, a conflict broke out and resulted in the killing of one Indian colonel and over 20 soldiers dead. India grossly miscalculated the patience of Chinese diplomats in the International forums. Narendra Modi has called an All Party Conference, and it is expected and further attempts at intruding into Chinese territory or meddling with the OBOR path in Pakistan will not be tempered with.

Pakistan is making solid progress towards OBOR and CPEC. The second phase has been initiated and Retd. Lt. Gen. Asim Bajwa has been appointed as CPEC Chairman. This is a strategic move as there will be a comprehensive liaison between Pakistan Army and a retired Army officer of top cadre. In his first speech, Mr Bajwa declared CPEC as the future of Pakistan, an affirmation and commitment. The Imran Khan Government is taking all the precautions and making pragmatic moves to ensure implementation of CPEC timelines on a war footing. Gwadar enjoys a vital part in the overall proposition of the OBOR land route.

2020 is the year of crisis and crisis bring change. In every crisis, there is an opportunity. The Covid pandemic is exposed the resilience status of nations across the world. The pandemic that the US has failed to counter, China was able to beat in less than 3 months. China observed less than six thousand deaths while, the number of deaths have climbed above hundred thousand in the US. China’s economy is recovering and it is only a matter of time when China will take over the role of world leader, almost all countries are coming to realize the truth that all roads now, lead to Beijing.

Intricacies of the national budget

Whether budgetary conditionalities of the International Monetary Fund (IMF), directives of the State Bank of …