Jobless Claims Climb to Over 33 Million

Jobless claims across the U.S. continue to rise at rates not seen since the Great Depression, and with another 3.17 million claims filed for the week ending May 2, the total number has skyrocketed to over 33 million in just seven weeks.

Nearly 3.2 million jobless claims were filed across the country last week, making the total six-week count come out to around 33.8 million claims. Fillings are continuing at a high pace as the government expands the list of eligible benefits, but with state governments struggling to keep up with hundreds of thousands of claims, some experts suspect there are many more looking to file than are being recorded.

A growing list of states are rapidly beginning to ease social distancing restrictions despite health experts cautioning that the death rate in the country could spike again. President Trump and his administration are telling states to be safe while at the same time nudging them to open sooner rather than later.

The U.S. broke over 1 million cases in the country a little over a week ago, and overtook a past estimate from the CDC of 60,000 deaths by August – the total count now is over 77,000 as we enter the second week of May. 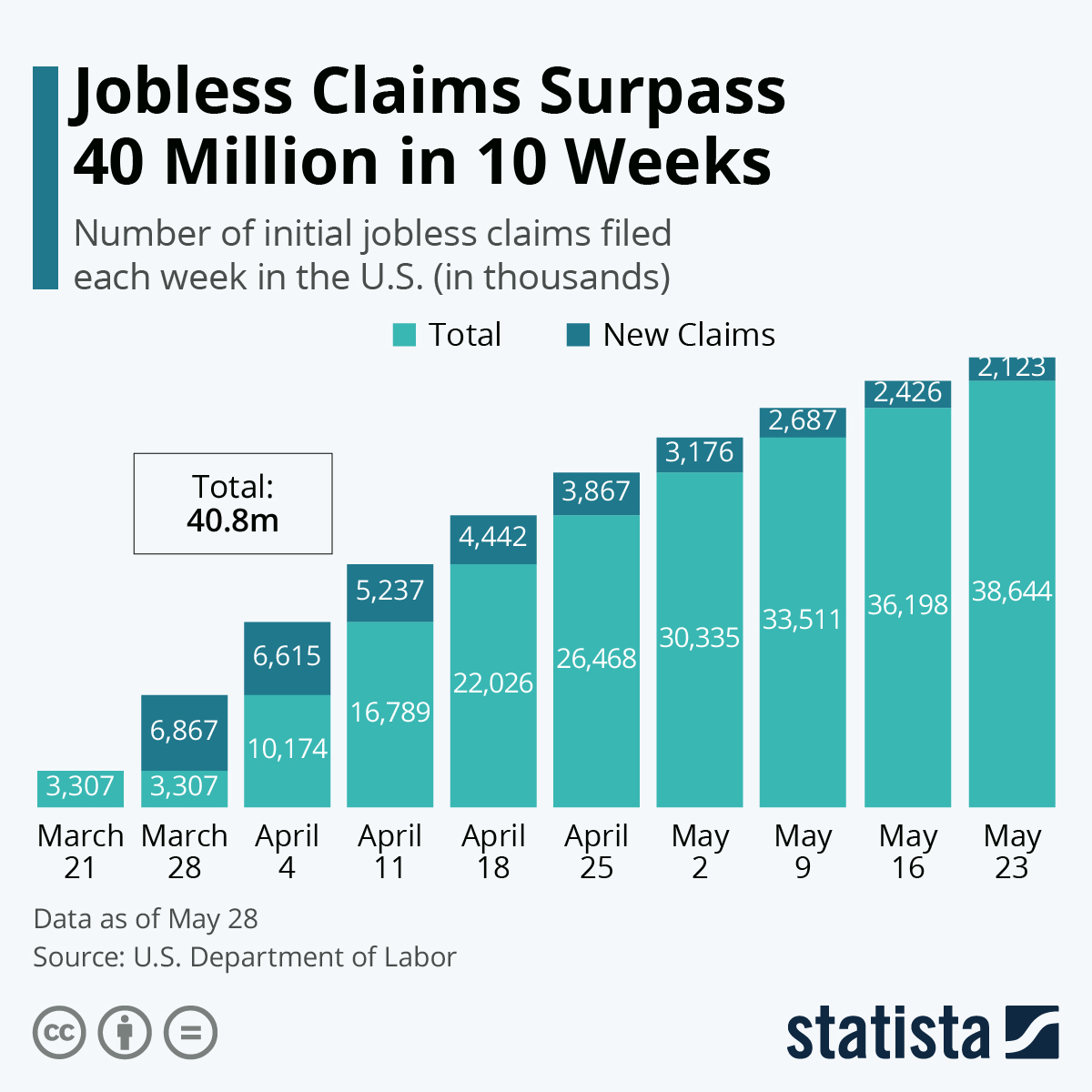