The research studies revealed that over the last four decades worldwide economy has experienced various wide swings in energy prices. These swings have very grave repercussions for countries of Asia, in general, and South Asian regions, in particular the latter having tremendous economic potential. The experts identified that rapidly growing economies like India, China and Pakistan will face grave energy crisis if they do not plan well for future needs. Statistics showed that the energy crisis in Pakistan has also gravely aggravated affecting the economy and growth besides paralyzing the routine life.

Consequently, the Government of Pakistan is in dire need to address its energy issues. Given its geopolitical disposition with energy rich Central Asian Region (CAR’s) and Iran in its neighborhood, the Government of Pakistan has a chance to come out of the crisis in time. Nevertheless, plans like the Iran-Pakistan gas pipeline project, thus exists with extreme essentiality with no apparent alternatives in the foreseeable future. 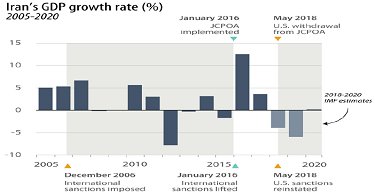 Concurrently, where Iran is in a state of confrontation with US because of the controversy of its nuclear program, it faces various issues and US led sanctions. The US in order to isolate Iran has also been forcing international community to follow the same pattern. In this pursuit, it also managed to convince India to abandon the very project and has been pressurizing Pakistan to look for other alternative; despite the fact that the project has immense significance for the region.

Presently, the Inter State Gas Systems (Private) Limited (ISGS) and the National Iranian Gas Company (NIGC) inked a revised agreement for the much-delayed Iran-Pakistan (IP) gas pipeline project. Sources recorded that as per the revised contract, the Government of Pakistan will no longer have to pay fine to Iran and Iran will not go to an arbitration court for delay in IP pipeline construction. It is also recorded that the two states will work together to find a viable solution to the project. Furthermore, Pakistan can build the IP pipeline till the year 2024 for buying 750 million cubic feet of natural gas per day (MMCFD) from Iran.

International experts identified that Iran’s economic freedom score is 51.1, making its economy the 155th freest in the 2019 Index. Its overall score has increased by 0.2 point, with higher scores for judicial effectiveness and investment freedom exceeding declines in labor freedom and business freedom. Iran is ranked 13th among 14 countries in the Middle East and North Africa region, and its overall score is below the regional and world averages.

For greater than 4-year, the IP gas project was off the table because of international sanctions – both multilateral imposed through the United Nations and the unilateral clamped by US, Canada, UK and the EU. The unilateral sanctions imposed through US were the most severe amongst all international restrictions – Iran Sanctions Act 1996, Comprehensive Iran Sanctions, Accountability and Divestment Act 2010 and National Defence Authorisation Act-2012.

The Iran-Pakistan gas pipeline, also known as the Peace pipeline, or IP Gas, is an under-construction and will expect to deliver natural gas from Iran to Pakistan. Sources also recorded that the Iranian section is known as Iran’s seventh cross-country gas pipeline.

The Iran-Pakistan (IP) gas pipeline was first conceived by a young Pakistani civil engineer, Aftab Ahmed. He put forth the idea to connect these two neighbouring countries via an energy transmitting pipeline that he dubbed the ‘Persian Pipeline’ in 1950. The idea was to reinforce the gas resources of Pakistan and to create connections between the two friendly neighbouring states. Rajendra K. Pachauri revisited the idea in 1989 and initiated talks with the former Deputy Foreign Minister of Iran, Ali Shams Adrekani. The concept was reshaped and expanded into the ‘Iran-Pakistan-India gas pipeline’. However, India broke away from the project under the pretext of cost disputes and security threats; the underlying reason being the Indo-US civil nuclear deal of 2008.

Technical details of the project

In Khuzdar a branch would spur off to Karachi. From Multan the pipeline may be expanded to Delhi. 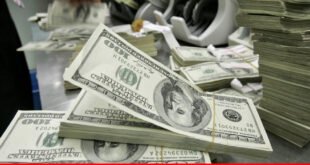