Present statistics show rising oil prices amid OPEC-led supply cuts and US sanctions against Iran and Venezuela, putting crude markets on track for their biggest quarterly increase since 2009. Statistics also showed that oil prices have been supported for much of this year by an agreement between OPEC and allies like Russia to cut output by almost 1.2 million barrels per day. Sources mentioned that OPEC and its allies are planned to meet in June 2019 to set policy as US sanctions on OPEC members Iran and Venezuela are also buoying prices. A monthly Reuters’ survey of economists and analysts forecast Brent would average $67.12 a barrel this year, about 1 percent higher than the last poll’s $66.44. According to latest forecasts from the Institute of International Finance (IIF), in the six GCC (Gulf Cooperation Council) countries, the overall real GDP growth is set to ease from 2.2 percent in 2018 to 1.8 percent in this year, dragged down by compliance with the present OPEC+deal. Despite a fall in overall GDP growth from lower exports and potentially lower oil prices, the IIF experts see the non-oil growth accelerating from 2.7 percent last year to 3.3 percent during this year supported by fiscal expansion, including the implementation of major public investment projects.

Experts predict that the Brent oil prices to average $65 per barrel in this year and $60 during 2020 based on strong compliance by UAE, Saudi Arabia and Kuwait, and weaker compliance by Russia and Iraq. However, the range of uncertainty over the price of oil in the short term remains large. Furthermore, the statistics also recorded that the oil prices have recouped about half of the losses incurred during the fourth quarter last year 2018, supported by production cuts from OPEC, mainly Saudi Arabia, which has already cut its production by about 400,000 barrels a day (b/d) below the level of October 2018. It is also important to note that the aggregated fiscal deficit of the GCC is predicted to widen importantly during the upcoming 2-year. Lower oil revenues and higher spending would increase the aggregated fiscal deficit from 1.5 percent of GDP to 4 percent during this year. According to the Institute of International Finance, the current account surplus will shrink from $157 billion in 2018 to $85 billion in 2019, equivalent to 5.1 percent of GDP. On the downside, the Institute of International Finance sees the possibility of a surge in supply in the second half of this year and 2020 as well, driven by a rapid rise in US output and the possibility that the present production cuts by OPEC and its allies are not renewed. The shale revolution has made the US the world’s top oil producer and is reshaping the global oil market. Many predictions place the production-weighted breakeven price in the range of $45-$55 per barrel across the shale industry, with main fields declining on either side of that average. Furthermore, the UAE’s Purchasing Managers’ Index (PMI) has grown in present months, and year-on-year (YoY) growth in deposits and credit is accelerated to 8.2 percent and 4.7 percent, respectively, in January 2019, the highest among GCC countries. On the other hand, statistics also showed that during 2019 UAE’s economic growth is predicted to top overall growth across GCC region, mainly driven by non-oil growth supported by pick up in government spending. The officials of IIF predict growth to pick up from 2.9 percent during 2018 to 3.2 percent during 2019, supported by the stimulus package of $13.6 billion (3.1 percent of GDP) launched during June 2018 for a period of 3-year. Historically, GCC, political and economic alliance of six Middle Eastern countries — Saudi Arabia, Kuwait, UAE, Qatar, Bahrain, and Oman. The objectives of the GCC is to attain unity among its members based on their common objectives and their similar political and cultural identities, which are rooted in Arab and Islamic cultures. GCC agreements typically focus on either security or economic coordination. 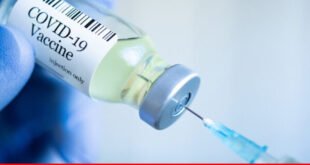