Home / This Week / Cover Stories / Can we afford to wait for the dam?

Can we afford to wait for the dam? 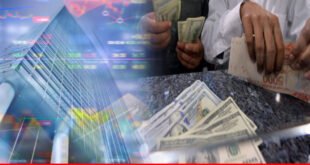 Fund raising for Diamer-Bhasha Dam is fine but instead of waiting — at least for a decade, for its commissioning without exploring other options sounds incomprehensible. Something must be done as soon as possible to respond to the looming water crisis. And to begin with the government should immediately address the issue plaguing the water sector i.e. lack of governance, lacunae in water management system which includes criminal losses, inefficiency, unreliability, tanker mafia, corruption and of course utter mismanagement.

It goes without saying that when you have insufficient resources and increasing demands, solution has to be sought from within the available means through proper planning and efficient execution. Seriously speaking the immediate cost effective solution lies in very cautious usage of water and realization to preserve water, which is only possible if every user realizes that every drop of water — whether for drinking or irrigation — is precious. But than that is possible only when one pays the price for every drop of water. Otherwise we all are familiar with the ages old saying ‘easy come, easy go’. According to the Chairman Water and Power Development Authority (WAPDA) Lt Gen Muzamil Hussain (retired) Pakistan wastes water worth Rs25 billion every year.

Now if we can save Rs25 billion every year, in 10 years we can safe Rs250 billion and if the amount is carefully and intelligently invested we can safely double the amount. WAPDA Chairman in a recent interview to local TV channel said that the proposed Diamer-Bhasha Dam project upon availability of the minimum required funds could be initiated in a year and completed in nine years or so which roughly means a decade. Isn’t there a need to try other options instead of waiting for a decade?

It may be mentioned here that so far in pursuance of the honorable Chief Justice of Supreme Court of Pakistan Saqib Nisar’s order, the Finance Division had opened an account under title “Diamer-Bhasha and Mohmand Dam Fund-2018” for raising funds. A total of Rs1.93 billion is donated to the Chief Justice’s Fund for the construction of dams in last 3 months. According to data available till September 6, a total of Rs1.93 billion has been donated. Only Rs20 million has been donated by overseas Pakistanis while the remaining Rs1.91 billion was raised locally. WAPDA officials have revealed that at least 12 billion US dollars (5 billion to build the infrastructure and another 7 billion for power generation) are required to build Diamer-Bhasha Dam.

On the other hand according to a report problem which requires immediate attention is non-revenue water (NRW). NRW refers to water that is successfully delivered by utilities into the distribution network but bill for the used water is never collected. This could be due to several reasons including real losses, which means water getting physically lost due to problems such as leaks or tank overflows somewhere along its path from the distribution network to the consumer and apparent losses, which refers to water successfully being delivered to the customer but the bill is not collected due to issues such as billing errors, unauthorized consumption or tampered meters. So in short there is a need to reform water price and cost recovery.

It is an established fact that the tried and tested approach to ensure recovery of utility bills is privatization and K-Electric is an instance, which to a great extent succeeded in curbing the ‘kunda’ (theft) culture. Case studies published in academic literature show that private sector participation in the water sector results in improved managerial practices and higher operating efficiency. Public-Private Partnership (PPP) has also been practiced in the water sector for two decades now, and it has shown that the private sector can help mobilize financing, implement investment programs, and improve performance of service delivery. Therefore, PPP is worth considering as one way of bringing in efficient management skills and fresh funds and relieving government of fiscal and administrative burdens.

According to a research paper on privatization of water despite the relatively low participation of the private sector, there has been innovation in the past 10 years: new private parties are emerging, with local and regional players in both the rural and urban sub-sectors. They have come with cost effective projects like desalination plants for clean drinking water and sewage treatment plants for processing municipal wastewater safe enough for release to the environment.

As for irrigation they have come up with Drip Irrigation, a type of micro-irrigation system that has the potential to save water and nutrients by allowing water to drip slowly to the roots of plants, either from above the soil surface or buried below the surface. The goal is to place water directly into the root zone and minimize evaporation.

Across the developing world, millions of people rely on the private sector for their daily water and sanitation needs. In the majority of cases, the providers of these essential services are not the large multinational corporations often associated with private participation in the water sector. So why can’t we. Frankly speaking what we need now is to initiate awareness program on responsible and careful utilization of water through short documentaries available on the social-media to create awareness on cautious use of water, privatization of water and preparation of a comprehensive investment plan to establish PPP and industrial model of Buy-Back under PPP and exploration of industrial zones where it could be implemented.

Previous Developing human capital: solution to the economic woes of Pakistan
Next State bank of Pakistan puts cart before the horse 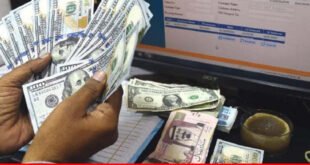