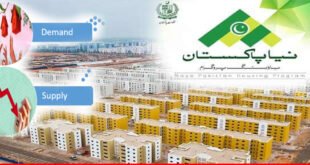 Zarai Taraqiati Bank Limited (ZTBL) erstwhile Agricultural Development Bank of Pakistan (ADBP) is the premier financial institution geared towards the development of agriculture sector through provision of financial services and technical knowhow. The restructuring of former ADBP is being carried out with the aim to uplift the agriculture and rural sector by raising farm productivity, streamlining the institutional credit and increasing income generating capacity of the farming community.

ZTBL was incorporated as a Public Limited Company on 14th December, 2002 through repeal of ADB Ordinance of 1961. Thereby transforming the Bank as a corporate entity to serve as RFI option. The new corporate structure redefines the bank’s status as a public limited company registered under Companies Ordinance 1984 with an independent Board of Directors, which aims at ensuring good governance, autonomy, delivering high quality.

ZTBL is a key RFI

ZTBL is a key RFI of Pakistan providing affordable, rural and agriculture financial/non-financial services to the rural Pakistan, comprising 68 percent of the total population. The Bank through a country-wide network of 488 branches is serving around half a million clients annually and over one million accumulated account holders with the average loan size of around Rs162,331 serving 68 percent, 29 percent and 3 percent of subsistence, economic and large growers respectively.

The total assets of the Bank stand at Rs123 billion with authorized capital of Rs25 billion as of 31.12.2011, with a nation-wide working strength comprises 5,789 employees.

The share of ZTBL in total national institutional agricultural credit outstanding is 40 percent as on 30.06.2013.

Being the largest agriculture lending institute of the country, the bank has successfully maintained the highest credit and entity rating of AAA/A-1+ as evaluated by JCR-VIS.

The realization of these objectives depends on the simultaneity of developments in rural finance and non-financial markets to foster the creation of diverse sources of rural finance to build sustainable financial institutions, and stimulate products and capital flows in the rural sector.

For this, rural finance must be seen as an integral part of equitable development within a framework of macroeconomic stability.

For the majority, access to affordable rural finance services is also important to enable them to compete in the post-World Trade Organization scenario.

Inability to compete because of high financial costs could reduce income of the majority of farmers and rural clients, particularly the small and subsistence clients.

Lack of access to affordable rural finance services will also prevent the clients from switching to non-farm activities.

The reforms shall establish ZTBL as a key RFI of the country, aiming to outreach annual rural clientele to 600,000. By expanding its private sector role, the bank aims to establish network of high tech rural and agri. financial services through intermediations under public private participation and whole-sale retail lending mechanism.

The government has decided to revamp Zari Taraqiati Bank Limited (ZTBL) after issues pertaining to its financial viability and sustainability were raised at a meeting of Economic Co-ordination Committee (ECC) of the Cabinet.

The task of Bank’s revamping has been assigned to Secretary Economic Affairs Division (EAD) Tariq Bajwa, who has sought a business plan from the management designed to make it financially viable.

The government rescued the Bank from its financial collapse through financial restructuring of Rs 94.6 billion.

According to the Chief Financial Officer (CFO) of ZTBL, the Bank’s Board in its meeting held on July 18, 2014 and the shareholders of the Bank in extraordinary general meeting held on August 13, 2014 approved the conversion of State Bank of Pakistan (SBP) debt of Rs89.491 billion into 8,949,089,476 fully paid-up ordinary shares as equity investment of SBP in the Bank and the ZTBL’s claim against the GoP was waived-off/written-off.

However, owing to certain accounting issues raised by the external auditors of SBP, the transaction could not be executed.

While converting ZTBL into a public limited company, the subordinate debt of Rs3.204 billion of SBP was also guaranteed by the GoP on November 18, 2002. The guarantees had not been executed. The total outstanding debt of SBP including principal amount and mark up against ZTBL was Rs90.616 billion as on December 31, 2015.

The whole issue was considered by Finance Division and it was decided that the principal debt amount of Rs54.460 billion outstanding against ZTBL as on December 31, 2015 be converted into redeemable preference shares carrying profit of 7.5 percent per annum, redeemable in 10 years in one bullet payment on December 31, 2025.

The principal of the preference shares i.e. Rs54.660 billion and return would be guaranteed by the Federal Government. The accrued mark up of Rs40.156 billion as on December 31, 2015 was approved to be converted into ordinary shares of ZTBL.

According to Ministry of Finance, shareholders of the ZTBL had approved conversion of SBP debt into ZTBL equity. Corporate formalities in this context had been completed with the SECP. The principal debt of the preference shares and return would be guaranteed by the federal government.

ZTBL management had requested for issuance of guarantee of Rs 54.460 billion by the GoP in favour of SBP for principal debt of the preference shares and return thereon.

The fresh guarantee of total value of Rs54.460 billion would be required in lieu of previous guarantees and debt repayment guarantees.

Accordingly, the draft guarantee was forwarded to Las and Justice Division for vetting; Ministry of Law and Justice had vetted the guarantee.

Ministry of Finance requested the ECC to approve issuance of guarantee of Rs54.460 billion by GoP in favor of SBP for principal debt of the preference shares and return thereon.

After detailed discussion, the ECC approved the proposal on the recommendation of Finance Ministry. The ECC also directed Secretary EAD to convene a meeting with the ZTBL management for preparing of a revamping plan for the Bank and present to the ECC in its next meeting.

Taraqiati Bank Limited (ZTBL) has recovered an amount of Rs 107.579 billion from its borrowers by the end of the year 2017, showing an increase of 5.17 percent as compared to the corresponding period of last year.

Zarai Taraqiati Bank Limited (ZTBL) has recovered an amount of Rs107.579 billion from its borrowers by the end of the year 2017, showing an increase of 5.17 percent as compared to the corresponding period of last year.

The Bank has recovered an amount of Rs102.281 billion during same period of the year 2016. The Bank had disbursed an ever highest amount of Rs97.128 billion among 345,131 borrowers across the country including Azad Jammu and Kashmir and Gilgit-Baltistan during the period.

The spokesman of the Bank further informed that besides credit disbursement and recovery the Bank has also introduced several new initiatives in order to promote agriculture and livestock sector as well as agro related business in the country.

In order to promote the agriculture value addition, the Bank has introduced Kissan Assan Karobar Scheme and Financing For Ostrich Farming to promote agriculture related businesses.

To enhance the outreach of the bank 28 new branches have been opened during the year 2017, consequently total number of branches has been increased to 488 thereby, increasing the outreach of ZTBL and supportive to financial inclusion strategy of SBP.

The bank was also offering its services to domestic consumers and started utility bills collection and it collected 1,506,131 utility bills in the year 2017.

During 2016-17, performance of the agriculture sector remained up to the mark and achieved growth of 3.46 percent close to the target of 3.5 percent.

This was possible by better harvesting of important crops through greater availability of agriculture inputs like water, agriculture credit and intensive fertilizers off take.

Bank’s assets and net advances have shown an increasing trend, however, the net profit and earnings per share declined as compared to corresponding period last year.

The Group declared net profit of Rs154.214 million. The Bank disbursed an amount of Rs28.154 billion during first quarter as against annual lending target of Rs100.947 billion for the year 2017 with a pace of 28 percent.

ZTBL has launched a new scheme to provide financing for ‘Hay Packing’ during the reporting period.

During the period January-March, 2017 agricultural loans amounting to Rs29.577 billion have been recovered as compared to Rs28.434 billion recovered during the same period last year with a growth of 4.0 percent.

The Bank disbursed an amount of Rs28.154 billion during first quarter as against annual lending target of Rs100.947 billion for the year 2017 with a pace of 28 percent.

The Bank has achieved collection of 301,384 numbers of utility bills during the period under review against an annual target of 2,000,000 bills for the year 2017.

For inward remittances through Western Union, 3,849 transactions have been carried out during the period January-March, 2017. During the first quarter of the year, 960 lockers of the Bank have been occupied.

Quality Assurance Department has been created under Operations Division with an essence to provide best quality services to customer and to achieve highest level of customer satisfaction.