Various countries were generating billions of dollars in business activities by facilitating sports events. No doubt, economic experts urge that the sports activities enabled trade and industry to flourish in addition to creating employment rate and even reducing poverty rate in any country. In this regards, the Government of Pakistan should focus on offering best facilities for sports in Pakistan that would ultimately lead to the better promotion of business activities and strengthen the economy. Pakistan sports goods industry is facing many competitors namely; India, Taiwan and South Korea in view of strong competitors, government must offer additional facilities to modernize and mechanize the industry for the improvement in quality and consequently in export.

Industry experts revealed that in Punjab the industry yearly utilizes material in billions of rupees counting imported raw material. This industry also earns huge amount of foreign exchange that’s why it has government support for its development.

Sialkot is globally called a producer of good quality products in sports, surgical instruments, leather garments, gloves & accessories, sportswear and musical instruments. Statistics revealed that around 400,000 plus people are engaged directly or indirectly with export activities. Annual export earnings of the city are almost US $1 billion. Some of the world-renowned brands Adidas, Nike and Puma source a large portion of their supplies of sports goods from Sialkot.

Statistics also showed that Pakistan manufactured and provided the Brazucas, the footballs used in the FIFA World Cup 2014 speaks volumes of the excellence of Pakistan made sports products.

Sialkot gained international celebrity status when it produced the Tango Ball used in FIFA Football World Cup in 1982. This led to the further growth of soccer ball industry in the city. Pakistani exporters of sports goods, particularly from Sialkot, also made their mark at the Munich ISPO 2015 held last year in January.

Setting up the Sports Industries Development Center (SIDC) is the core initiative in the policy of infusing mechanized inflatable ball technology in the domestic industry. The installed capacity on single shift basis is 3,500 balls per day (Thermo balls, Basket Balls, American Balls, Volley Balls and Bladders). However, it may be improved in two shifts depending on the need.

Experts mentioned that SIDC has been organized with a total cost of Rs436 million offered by the federal government while SMEDA is the executing agency. SIDC would help develop prototype balls for local industry, get their staff trained and thereby enable domestic manufacturers to replace their existing set up of hand stitched ball with mechanized ball. It would also assist develop imported machinery domestically through reverse engineering, IPR facilitation for mechanized inflatable ball. It would also help in IPR facilitation and manufacturing of mechanized inflatable balls for SMEs so that the sector embraces new technology and sustains its present share in global trade of inflatable balls. The installed capacity on single shift basis is 1,000,000 balls per year on a single shift basis. However, it may be improved in two shifts depending on the need.

Sports goods sector faced and overcame various issues in the past through collective measures taken by all the stakeholders in general and exporters in particular. The sector faced threat in the form of mechanized inflatable ball which used medium end technology to produce a ball having most of the characteristics of hand stitched ball. This new ball had been tested and played in a number of foreign football tournaments counting UEFA EURO 2004. The center will act as a common facility where local manufacturers/exporters can bring in their material and use the available machinery to produce high quality product. 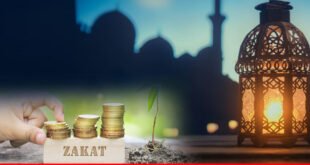