It was in April 1965 when at the area of Rann Kutch in Pakistan, the Indian Army attacked Pakistan. The Pakistani Forces in a short battle forced Indian army to evacuate our territorial boundaries. Pakistan’s proposal of cease fire was accepted by India, and after an agreement between the two countries, both armies were disengaged.

It was past midnight 5/6 September when Indian Army crossed the International borders without a formal declaration of war, and attacked on Lahore and Kasur. The Pakistan Army, Airforce and Navy halted the attack, resulting into heavy casualties on the aggressor. The Airforce (PAF) also played a significant role in this war, which was the first time that the Air Forces of both belligerents were facing each other, PAF pilots displayed remarkable skills despite its smaller size.

On September 07, a single Airforce pilot Squadron Leader M. M. Alam nick named as “Little Dragon”, Sitara-e-Jurat and also the Bar Medal in his F-86 Sabre jet plane equipped with AIM-9 sidewinder missiles and flew over the skies of Sargodha to defeat the enemies who entered in the Pakistan Air Space. He shot down five Indian Airforce Attacking Hunter Aircrafts in a less than a minute in a single sortie and altogether downed nine war planes in the aerial fighting, an unbeaten world record. It was an air-to-air combat, despite Hawker Hunter superiority over F-86. On 6/7 September our three troops of Special Services Groups were para-dropped on Indian Airforce bases at Pathankot, Adampur and Halwara to neutralize them.

On 7/ 8 September night, one Indian Corp made its main effort, East of Sialkot, with the Armored Division and three Infantry Divisions on our extended 15 Division front, screened only by gallant 3 Frontier Force and B company 13 Frontier force (Reconnaissance & Support), 24 Infantry Brigade (Brigadier A. A. Malik, Hilal-e-Jurat).

The 1965 war between India and Pakistan was the second conflict between the two countries over the status of the State of Jammu and Kashmir. The dispute originated in this region in the process of Decolonization in South Asia , when the British Colony of India gained its independence in 1947, it was partitioned into two separate entities, the Secular nation of India and the predominantly Muslim Nation of Pakistan. Pakistan was composed of two non – contiguous regions, East Pakistan and West Pakistan, which was separated by Indian territory. The State of Jammu and Kashmir, which had a predominantly Muslim population but a Hindu leader, shared borders with both India and West Pakistan. Over this issue the argument led to the first India-Pakistan War of 1947-48 and it ended with United Nation mediation. Jammu and Kashmir known as Indian Kashmir or just Kashmir joined the Republic of India but the Pakistani Government continued to believe that the Muslim Majority State rightfully belongs to Pakistan.

This conflict is known as the 1965 war or second Kashmir war and it took place after the Pakistan army’s operation Gibraltar in Indian Occupied Kashmir (IOK). The 1965 war caused heavy casualties on both sides.

Conflict resumed again in early 1965 when the armies of two countries had clashed over the disputed region along the borders between two regions. Hostilities intensified when Pakistani troops invaded Kashmir. India moved quickly to internationalize the regional dispute. It asked the United Nations to reprise its role in the first India-Pakistan War and end the conflict. The Security Council passed resolution 211 on September 20 calling for an end to the fighting and negotiations on the settlement of the Kashmir problem. India accepted the cease fire on September 21 and Pakistan on September 22. Peace between the two countries was negotiated under Soviet auspices in Tashkent on January 10th, 1966. From Pakistan’s side General Ayub Khan, and from India’s side Lal Bahadur Shastrie were there on that occasion.

On the move in area Pasrur, rushed 25 Cavalry (Lieutenant colonel Nisar Ahmed, Sitara-e-Jurat), on September 08, to delay and disrupt enemy thrusts. The biggest tank battle since World War II was fought on the Chwinda front by 6 Armored Division under Command 24 Infantry Brigade Groups and Valiantly supported by 4 Corps Artillery (Brigadier A. A. K Choudhry, Hilal-e-Jurat). It was a hard and bitter struggle fought over many days and nights resulting in many casualties on both sides.

The brave people of Sialkot and Chawinda battled shoulder to shoulder with Pakistani Army and repulsed the biggest ever attack of the Indian army with 600 tanks at Chawinda. The Chawinda-based Ghazi of 1965 war Subedar (retired) Muhammad Ibrahim stated that the whole world watched that Pakistanis were spilling the last drop of their blood to defend their motherland. “The day reminds us of determination, selflessness and sacrifices of our Armed Forces, which they had for the defense of Pakistan.”He shared this while recalling his memories of 1965 war that the cunning Indian army had also displayed the Pakistani flags on the attacking Indian tanks to deceive the Pakistan Army and local people but soon they came to know the reality.

Sialkot Cantt Brig Ayaz Masud Khan said, “The Defense Day reminds us of the indomitable courage and unmatched sacrifices of our gallant men who, 50 years ago, proved the world that Defense of Pakistan is unassailable. September 06, stands out as a symbol of our enduring display of Unity, Faith and Discipline as a Nation.”

India’s aggression paid a heavy cost against its neighboring country without any formal declaration of war. There were massive personnel, material & economic losses, 1617 square miles of territory as compared to 446 square miles of our open and undefended territory. Pakistan Army captured 20 officers, 19 Junior Commissioned Officers and 569 other ranks.

Pakistan Air Force’s support helped turn the tide of the battle. Before a counter offensive by 6 Armored Division on September 22 could be launched, Indian asked for cease fire in the United Nations.

The hopeless performance of the IAF in both the East and West, and the strident drubbing it received at the hands of a PAF that was one-third its size in particular stands out when you consider that our Air Force inflicted several times the attrition caused by the IAF. The official IAF losses are chronicled in an award-winning Air War History by Military Historians P. V. S. Jagan Mohan and Samir Chopra, which details the 66 IAF operational aircrafts lost to PAF action and nine aircrafts lost to accidents, PAF attrition was 12 aircrafts destroyed due to enemy and five lost to accidents. This means that an Air Force 3.5 times bigger that PAF suffered an attrition of 5:1 in favor of the PAF.

On September 07, 1965 Pakistan Navy, under the guidance of Commodore S. M. Anwar attacked the Indian Naval Radar Station that was set up on the coast of Dwarka in India, which is approximately 320 km to the South-East of Karachi Port. The operation was successful and it boosted the morale of our soldiers and the nation as a whole. The comparison of Naval Forces in September 1965 was as follows:

The city of Dwarka was completely blacked out and it took four minutes to complete the bombardment. The Dwarka bombardment was undertaken for the following reasons:

a). To draw the heavy enemy units out of Bombay for the Submarine to attack.

b). To destroy the Radar installation at Dwarka.

d). To divert Indian air effort away from the North.

The conclusion drawn from the actions of 1965 war were:

a). Development of at least one additional port in West Pakistan is vital.

b). Acquisition of LRMR aircraft is essential.

c). Concentration of force is a must particularly so when our force is so small.

d). The Navy needed more offensive power in the form of better and modern ships, and fast small crafts.

Defense Day is celebrated each year in memory of the sacrifices rendered by the Pakistani Armed Forces in the 1965 war. It is a tribute to our Armed Forces, Martyrs and Ghazis of this War. This day is celebrated on September 06, many of our martyred national heroes were given awards for their gallantry and bravery.

There were so many army officials and soldiers who led their lives in the way of this defense, as they preferred losing their lives, but didn’t let the Indian army get success in their dirty intentions of conquering Lahore and Punjab. The Army officers like Captain Sarwar Shaheed, Major Tufail Shaheed, Major Raja Aziz Bhatti Shaheed, Major Shabbir Shard Shaheed, Major Muhammad Akram Shaheed, Sarwar Muhammad Hussain Shaheed, Lance Naik Muhammad Mehfooz Shaheed, and Havaldar Lalak Jan Shaheed gave sacrifices of their life for Pakistan and were awarded Nishan-e-Haider for their acts of exceptional bravery. The Nishan-e-Haider is the highest military award given to brave martyrs of the Pakistan Army, those who left remarkable examples of bravery and sacrifice for nation and country.

Defense Day is to review our pledge that we are a strong, proud nation and that we would not be intimidated by any foreign nation, no matter how strong it is.September 06 should also be marked as a day of Thanksgiving. We should all pray for the safety and solidarity of Pakistan and also that Allah give us the strength, courage and determination to protect and safeguard the country at all costs, the freedom and honor of our homeland.

While, perceiving the current situation, I feel that we as a nation seriously need national unity. During the 1965 Indo-Pak war, the complete nation, the civilian as well as the uniform work forces stood together, just like an immovable rock against their enemies, together with their great national enthusiasm and coherence which turned the face of the tides towards the enemy of Pakistan. At present, we are passing through more physically and also through the mentally demanding war and clashes due unrest in the neighboring country i.e. Afghanistan. The strange wars we are fighting for a decade and more have taken a massive clang in terms of human loss, setup damage, economic loss and also results in internal uncertainty. There was a rise in sectarian conflicts and few small scale separatist movements. The last few years were extremely challenging for Pakistan, but somehow our security forces and the resilient civilians managed to overcome that time. We pay tributes via speeches because Pakistani troops laid their lives.

Defense Day is a great way to kick-start new habits with full zeal and passion. So, we have added four resolutions which you set for yourself to make your life and the others’ life a little easier this year. Have a look at how you can do that! 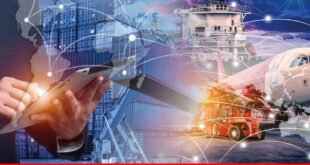 I am delighted to share these lines from an article by Matthew Boyle. I quote, …