Profile: Mr. Barkatullah Lone is Chairman of GB International Economic Forum and a renowned young economist of Pakistan. He is a Chartered Management Accountant and Chartered Certified Accountant from UK, Chartered Global Management Accountant from the USA, Gold Medalist Management Accountant and Public Finance Accountant from Pakistan plus he holds master’s degree in Economics and Law from Karachi University. He is presently pursuing specialization in Finance and Audit from the Institute of Chartered Accountants, England & Wales. He has been associated with the corporate sector in Finance and Audit profession at various positions (CFO/GM Finance/Chief Internal Auditor) for last many years. He has rendered his professional Finance/Audit/Accounting services in Pakistan as well as abroad. Simultaneous with his job career, he has been appearing at various local and international TV channels as Economic & Financial Analyst for last seven years. His articles on economy and finance are also published in various reputed magazines.

Presently, Barkatullah Lone is associated with a reputed large Conglomerate Company (Expertise Contracting Company Limited) in the Eastern Province of the KSA. He has joined this company with a vision to professionalize the business functions and to streamline the processes by embedding the business activities into integrated Information Systems. He has ample experience of converting the traditional owner-based culture into a corporate culture in his ex-companies, which he is envisioning to inculcate in the existing company as well. Expertise Contracting Company has been one of the best corporate entities of Saudi in terms of Corporate Social Responsibility. Expertise has always focused at the safety and the training of its employees for which it spends huge amount but never compromise on International Safety Standards. Employees working at Expertise feel themselves as part and parcel of company (as a family unit) due to which staff turnover is very nominal. But fresh professional blood is taken in every year to bring innovation and improvement in all functions.

PAGE: Pakistan seems to receive massive amount in terms of remittances during the current financial year. Could you give your perspective?

Barkatullah Lone: Foreign remittances in the fiscal year 2020-21 are expected to be around $28 billion and this $28 billion remittance will be the record highest in the history of Pakistan. Remittances in the first half of the fiscal year 2020-21 reached to $14.2 billion. Among the countries that contribute to the foreign remittances are Saudi Arabia, UAE, USA & UK which contribute more than 70% of total remittances. Even among these top four countries, Saudi Arabia is the top list country in terms of foreign remittances. As you know that Family Tax was imposed in Saudi Arabia in the year 2016 and was gradually increased till year 2020, due to which many Pakistanis shifted their families to Pakistan. Money that was spent on the families in Saudi Arabia was now remitted to Pakistan, which caused the remittances to increase. Secondly, Pakistanis who are losing jobs in different countries due to COVID-19 are bringing back their all savings to Pakistan, which has resulted into massive inflows in year 2020-21 but this will adversely impact in the future years. Moreover, Pakistani economy under Prime Minister Imran Khan has been under miserable condition due to which we have observed massive brain drain in the last three years. Therefore, we should not be much happy to see foreign remittances rising as this is at the cost of massive brain drain as well.

PAGE: What is your take on the adverse impact of COVID-19 on foreign remittances?

Barkatullah Lone: COVID-19 has made all macro-economic indicators of the world upside down and Pakistan is no exception to it. But the foreign remittances which too are one of the core macro-economic indicators is not adversely affected in case of Pakistan. There are many reasons to it, but the main reason is that the expatriate Pakistanis all over the world preferred to remit all their earnings to Pakistan instead of keeping it in their foreign accounts due to the uncertainty that prevailed due to COVID-19. One key note-worthy point is that the impact of COVID-19 at foreign remittances shall be witnessed in the next few years as the expatriate Pakistanis have not only remitted the current earnings but also the savings that they had held in their foreign accounts, therefore, the acceleration in remittances that we have observed in fiscal years 2019-20 and 2020-21 will not be there in fiscal year 2021-22 and onwards.

PAGE: How effective services do the exchange companies and banks have been providing to the overseas Pakistanis when it comes to remitting the money?

Barkatullah Lone: Exchange companies and banks play a pivotal role in terms of foreign remittances received by Pakistan in recent times. These financial institutions ensure that expatiate Pakistanis send their earnings through official channel. On the one hand, exchange companies and banks facilitate the government in getting the remittances through legal channel and it provides an excellent service to the expatriate Pakistanis to transfer their earnings to their families in a safe and secure mood. In recent times, there has been fierce competition among the exchange companies and banks for this very service, which has created a healthy competition in money market and the expatriate worker has got multiple of choices to select for remitting his earnings to the family. Expatriate Pakistanis face a big issue of remitting the funds on fast track as it takes three days usually to reach funds. It is mainly because few of our banks are blacklisted due to which international transfer is getting delayed. Plus standing of our commercial banks in the global banking system is not that good.

PAGE: What must be done to tackle the long-standing glitches of hundi/hawala?

Barkatullah Lone: Hawala is, though, not a universal term but it is practically observed all over the world. Through hundi/hawala, black money is whitened, and this has been used as a major tool for money laundering and terrorist financing. This unfair mean of transferring money from one country to another country has been brutely used in Pakistan due to extreme corruption in our country. FATF (Financial Action Task Force) has always kept Pakistan on close watch list, especially after 9/11. Our all governments have not been able to curb this menace since they themselves have been beneficiary of this system due to which many of our corrupt ex-government officials are behind the bar and some are facing court cases. But the government of PTI has taken few steps to curb this menace which are yet to yield the fruit. Pakistan has engaged technical assistance providers as consultants in key institutions like FBR/SECP/SBP with the support of IMF and WB to complete the action plan. The amendments have been made to foreign exchange regulation laws (FERA) to restrict domestic movement of currency beyond a certain limit, which has also been cleared by the National Assembly’s standing committee to help relevant agencies curb the practice of hawala/hundi and other forms of illegal foreign exchange transactions. The law enforcement agencies have taken stern actions against some banned outfits to show to the international community that Pakistan government is committed to taking all steps that are needed to meet it global obligations.

Previous Set off RDA and Hundi/Hawala curb likely boost remittances for best economic future
Next Ample supply of cotton is a must for the smooth working of textiles, clothing industry 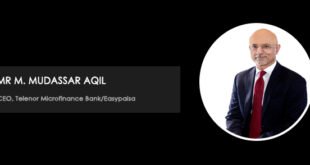