Growth in agriculture sector and future plans ahead 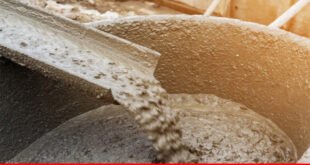 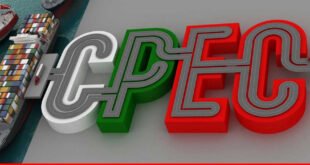 Realising the potential of agriculture and taking cognizance of the issues related to agriculture sector, the present Government of Pakistan has launched the Prime Minister Agriculture emergency programme worth Rs 277 billion to revolutionize the agriculture and livestock sectors. The objectives of the programme include improvements in water availability, soil conservation and shrimp farming. In addition, the programme also includes organizing new agriculture markets which will protect farmers from the exploitation of middlemen. The programme’s vision is ‘food secure Pakistan’, based on modern and efficient food production and distribution systems, can best contribute towards global stability and peace. The recent pandemic COVID-19 poses extraordinary challenges for almost all sectors of the economy of Pakistan. The need for maintaining food security and livelihoods has also gained more importance. The cereal markets are predicted to remain balanced and comfortable despite uncertainties over the impact of COVID-19.

As logistical challenges may pose issues to food supply it is significant to take measures for growing agriculture production which will contribute in mitigating the socio-economic impact of COVID-19. No doubt, Pakistan is a leading country in the production of wheat, cotton, rice, sugarcane, lentils, mangoes and milk and fourth largest producer of milk. Presently Pakistan-China agriculture cooperation is vital and would strengthen the economy of Pakistan. Statistics showed that agriculture contributes greater than 80 percent to Pakistan’s GDP and offers greater than 30 percent of the national labour force.

Production of quality seeds, the productivity of many crops strengthening an agro-based industry to bring in value addition, manufacturing pesticides, and setting up gold chain networks were discussed between these two countries. It is said that recently China has adopted its 14th five-year plan for 2021 to 2025 in which the field of modern agriculture has given high value. It is also believed that Pakistan can make optimum use of China’s past achievements and its future agricultural development schemes to address its weakness and consolidate its strength in this sector. China’s unprecedented success in combating poverty and bringing greater than 800 million people out of poverty is indeed a miracle of recent times, assisting communities to enhance livelihood by developing their domestic agricultural products. The experts hoped that two governments could work together to have some concrete consequences and achievements in the field of agriculture as next year. Both countries show strong will to increase agricultural cooperation. According to a report carried by China Economic Net, the Chinese government encourages private enterprises to enter into foreign cooperation in the seed industry. It is also confirmed that under CPEC Phase II, the Pakistani government would provide facilities to Chinese agricultural enterprises. Furthermore, in Pakistan, agriculture is still the largest sector of the economy of Pakistan in terms of labour participation and as such livelihood of the majority of the population directly or indirectly depends on it. Being the sector engaging the largest workforce and providing raw material to most manufacturing sector, its development not only contributes towards achieving poverty alleviation but can also uplift socio-economic structure of a major segment of the population.

During FY2020, the performance of agriculture sector improved over the last year and it also performed better than other sectors. However, the challenges due to climate change, pest attacks, shortage of water etc., kept agriculture production far less than the potential. One key issue related to agriculture is that the farmers have limited direct access to the market due to which the role of middleman remains crucial. And farmers normally do not receive fair market price of their produce. In terms of potential, agriculture sector has the capacity to not only produce for the domestic population but to have surplus production for exports, which can ensure food security as well as contribute towards foreign exchange earnings.

Analysis of Economic Survey of Pakistan during FY2020 showed that Pakistan has two cropping seasons. Kharif, the first sowing season, starts from April to June and is harvested from October to December. Rice, sugarcane, cotton, maize, moong, mash, bajra and jowar are Kharif crops. Rabi, the second sowing season, begins from October to December and is harvested from April to May. Wheat, gram, lentil (masoor), tobacco, rapeseed, barley and mustard are Rabi crops. Pakistan’s agricultural productivity is dependent upon the timely availability of water.

Rice production grew by 2.9 percent to 7.410 million tons and maize production by 6.0 percent to 7.236 million tons while cotton production fell by 6.9 percent to 9.178 million bales and sugarcane production fell by 0.4 percent to 66.880 million tons. Wheat is the most significant crop of Rabi, which showed growth of 2.5 percent and stood to 24.946 million tons. Other crops having a share of 11.53 percent in agriculture value addition and 2.23 percent in Gross Domestic Product (GDP), showed growth of 4.57 percent mainly because of rise in production of pulses, oilseeds and vegetables. Cotton ginning fell by 4.61 percent because of decline in production of cotton crop. Thus, the crops sector, overall, experienced a growth of 2.98 percent because of rise in growth of important crops by 2.90 percent mostly because of sufficient availability of inputs (adequate water, certified seeds, pesticides, and an uptick in credit disbursement) despite lower fertilizer off-take. Presently, statistics also showed that the Government of Pakistan has set a target to produce about 4.871 million potatoes and 2.220 million tons of onions during Rabi season 2020-21 in order to fulfill the domestic requirements as well as for export.