In Pakistan the three most contentious issues facing the farmers are: low productivity, distress selling of produce and huge post harvest losses. All these culminate at one point, low return to farmers, which does not allow them to undertake cultivation on modern lines. As a result, the country has not been able to achieve food security. This can be best understood if one examines what has happened in 2020. The country was been forced to import wheat and sugar, after witnessing a shortfall in output. Import of these basic commodities caused erosion in foreign exchange reserves of the country, payment of millions of rupees subsidy and above all disruption in supplies resulting in hike in prices.

Without mincing words, it may be said that limited availability of credit to farmers is the mother of all evils. It is true that lending to farmers has increased substantially in the recent past, due to concerted efforts of State Bank of Pakistan and commercial banks, but it is still far below the demand of farmers. One of the key impediments is, the existing system of lending against ‘Pass Book’, using land ownership document as collateral. To overcome this issue a new ecosystem is being developed whereby farmers will be able to acquire credit from financial institutions using the produce as collateral.

As stated earlier, warehouses have to be accredited, meaning that the facilities have to be thoroughly examined and issued certificate of being fit, particularly for the storage of food staple grains. Keeping in view the colossal need for the creation of storage facilities a Collateral Management Company (CMC) has been created and awarded an elaborate mandate. While a lot of ground work has been done, some teething problems still exist. However, there is a consensus that due to the seriousness of the government, apex regulators and dedicated team of the CMC the dream will become a reality shortly.

The prime mandate of the CMC is accreditation. Along with this, standard operating procedures and technology based trading platform is being created. All the accredited warehouses will be linked with CMC as well as the banking system in the country. It is believed that three commodities and half a dozen warehouses have been identified and soon farmers will be able to store their produce at these warehouses as well as acquire finances from the financial institutions.

A question arises, why the focus has been on creation of a strong warehousing infrastructure in the country? Let everyone be very clear that warehouse is the pivot. Once warehouses are made available as per international standards, only then farmers will be ready to keep the produce there. Warehousing will be meaningless, unless it offers two options: 1) hassle free sale of stored commodity or 2) trade of electronically issued warehouse receipts. Facilitating lending by financial institutions to farmers against the produce will remain the prime objective.

The proposed ecosystem is aimed at creating world class storage facilities and trading of commodities. The biggest advantage will be availability of data on food grains at a given time, ability to monitor stocks and contain post harvest losses. Once market participants understand the entire system, availability of credit to farmers will be increased; movements of grains could be checked and controlled. 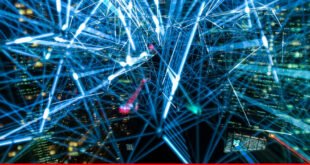