Various researches were carried out to check the unfavorable effects of export instability on economic growth that offered mixed consequences. These researchers have tested and explained that in most economies, export growth have made an important contribution to economic growth. But export fluctuations deleterious for this strong relationship between export and economic growth of any economy. It is also recorded that the price instability plays a significant role for instability in exports. The causes for high export instability in the least developed countries than developed countries are: specialization in production and exports of primary products, commodity concentration and geographical concentration of export markets.

In the developing countries like Pakistan the present statistics showed that Pakistan’s exports grew 6 percent to $1.872 billion in September 2020, as against to the same month of previous year. It is said that the footwear exports from the country recorded a fall of 9.88 percent during the first quarter of the current financial year (2020-21) as against to the exports of the same period of last year. According to the Pakistan Bureau of Statistics (PBS), Pakistan exported footwear worth $33.463 million during July-September (2020-21) as compared to the exports of $37.133 million during July-September (2019-20), explaining pessimistic growth of 9.88 percent. In terms of quantity, statistics showed that the exports of footwear also declined by 13.47 percent by going down from 3,873 metric tons to 3,351 metric tons.

The Government of Pakistan continues to struggle with the task of effectively accessing export markets. In this regard, unluckily the role of standards and technical regulations cannot be overlooked, nor can Pakistani exporters’ capacity to react effectively to obstacles presented through such regulations or standards. Clearly, the obstacles to trade and capacity to react to these will shape exporting companies’ performance. 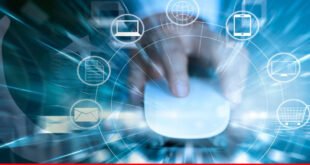